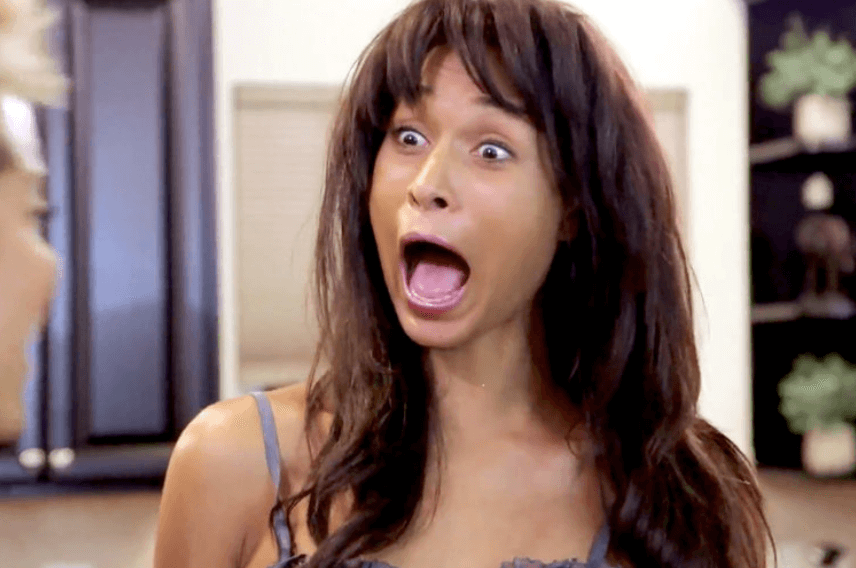 Former Real Housewives of Potomac star Katie Rost is sharing her two cents on the blowout fight between Monique Samuels and Candiace Dillard.

As reported, Candiace Dillard, 32, initiated the fight by throwing a drink (and the glass) in Monique’s face during a heated fight — and Monique responded by grabbing Candiace by the hair and slamming her face on a table. The cast event took place at a winery and was filmed by Bravo cameras.

The incident took place on October 16 and led to second-degree assault charges being filed by both parties.

Katie Rost took to social media to share her thoughts on the fight. In response to a fan mentioning Katie’s name in response to a poll about former RHOP Housewives returning. “I am going thru a very difficult breakup and @JuJu you are being mean, stop, seriously. I’ll tell you what, if Charrisse was on RHOP no one would be dragged or beaten up and no felony charges would be filed cause we might have bad wigs but we dont engage in felonies. That’s lame.” Katie Rost wrote on November 22. 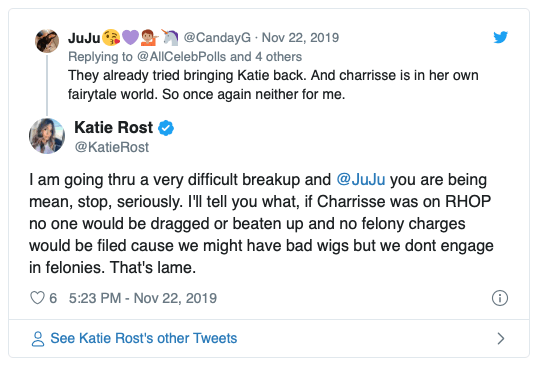 As fans know, Katie Rost returned to the Bravo series in season four and the experience was rough for the former model. As a result, she was not invited to the season 4 reunion and was not asked back for season 5.