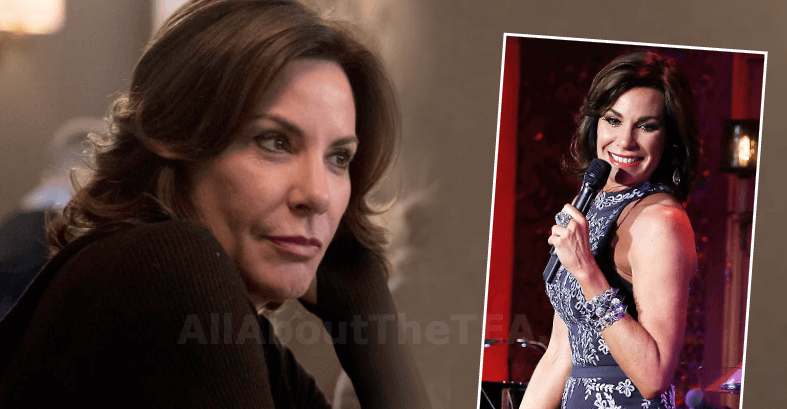 Luann de Lesseps is under fire for posting a misleading quote about her cabaret show, “Countess and Friends,” on a poster promoting the production.

The flyer posted by the Real Housewives of New York City star, contained a quote by The New York Times, calling the show “Inspiring” — so journalist Anna Peele took it upon herself to investigate and it turns out the quote was very misleading.

The actual quote reads, “Tickets to the first performance of #CountessandFriends went on sale on Dec. 10, and quickly sold out, inspiring Ms. de Lesseps to add a second date, which sold out within 24 hours.” And there’s no other Times review that includes the word “inspired” as praise.

Anna Peele uncovered the trickery and exposed the Countess on Twitter — ‘I was surprised by the generous review from @nytimes quoted on Countess Luann’s cabaret poster, so I looked, and: “Tickets to the first perfomance of #CountessandFriends went on sale on Dec. 10, and quickly sold out, *inspiring* Ms. de Lesseps to add a second date,” she tweeted on October 17. 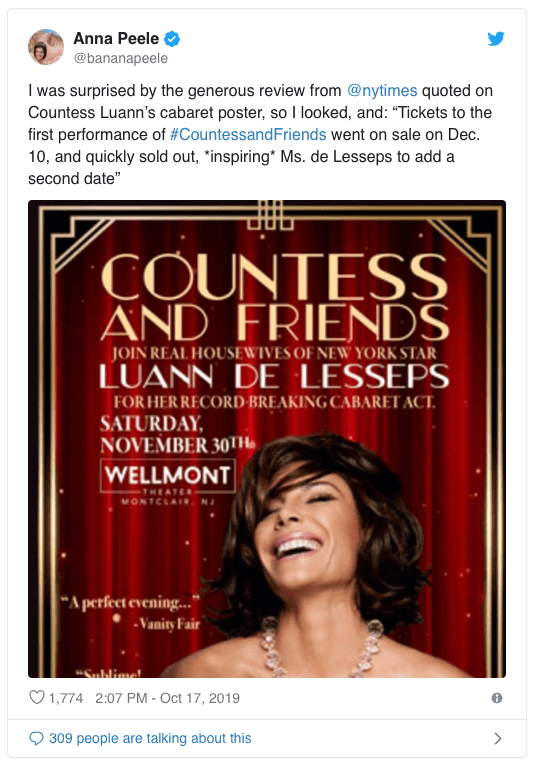 This is not the first time Luann de Lesseps has been accused of deceiving the public. Back in July, she was accused of unscrupulously ripping-off designs from famous designer, Betsey Johnson.

Additionally, in 2018 she was accused of stealing from her own family. As reported, the reality diva violated her divorce agreement with ex-husband, Alexandre de Lesseps, by robbing from her own children, the father and his two kids allege in a lawsuit.