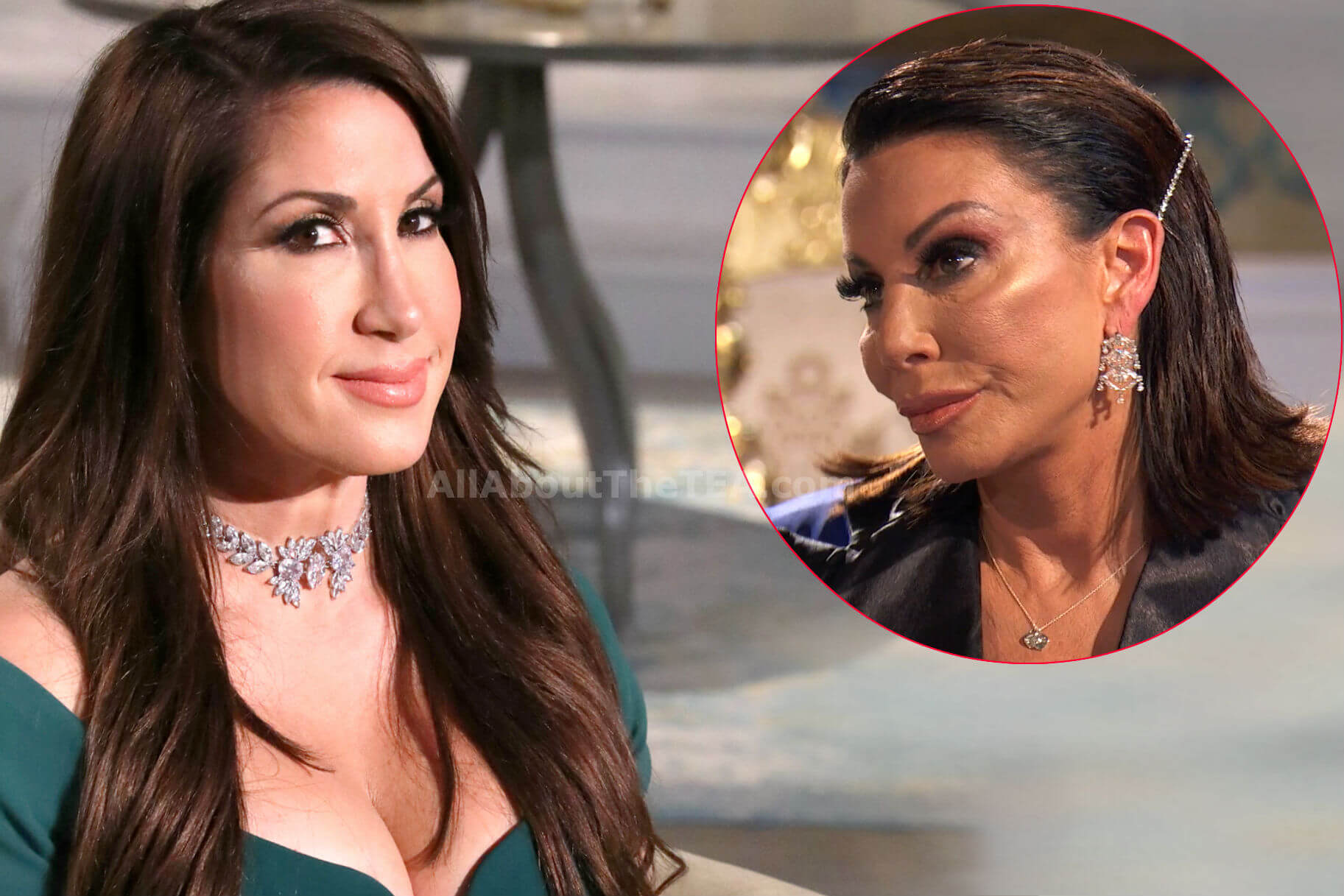 On October 5, Jacqueline Laurita, 49, took to Twitter to point out Danielle Staub’s hypocrisy. The Real Housewives of New Jersey season 10 trailer shows Danielle, 57, pulling 52-year-old co-star Margaret Josephs hair. “It’s interesting to me that Danielle Slob prosecuted my 18 year old daughter for pulling her weave when she, as an ADULT, ripped out @MargaretJosephs hair in a tantrum. God I hope Margaret brings a mannequin head to the reunion to demonstrate the attack and sues her ass. #RHONJ,” the tweet read. 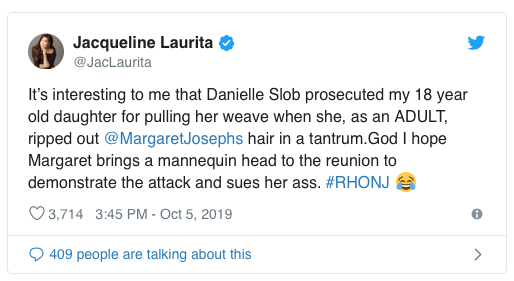 During season 2 of The Real Housewives of New Jersey, Danielle and co-star Teresa Giudice, got into a blowout fight at Posche Fashion Show after Danielle said Teresa’s house was in foreclosure. Then Ashlee Holmes, who was 18 at the time, pulled Danielle’s hair while saying, “love and light b*itch.” Danielle ended up pressing charges against the teen for the incident.

In addition to calling Danielle Staub a hypocrite for pulling Margaret’s hair, Jacqueline Laurita defended her daughter by responding to comments others left on her tweet. In one response, she gave the reason for Ashlee’s actions. “She was told by someone that Danielle hit me,” it read. In another, Jacqueline admitted that Ashlee shouldn’t have done what she did. “But I agree she should have stayed out of it,” she wrote. In a third response, she went on to claim that even though Ashlee did pull at her hair that night, Danielle was the one to rip it off herself. “Crazy pants ripped her OWN hair out of her head in the car before the police got there.”

Danielle has yet to respond to Jacqueline Laurita’s tweet and claim but we’ll be on the lookout to see what happens from here!