Kenya Moore is back and bringing a lot of drama with her for season 12 of The Real Housewives of Atlanta!

Bravo has released a trailer for the upcoming season and the Bravo reality series opens with Kenya Moore shouting “Stop it!” as hands fly and tempers flare. 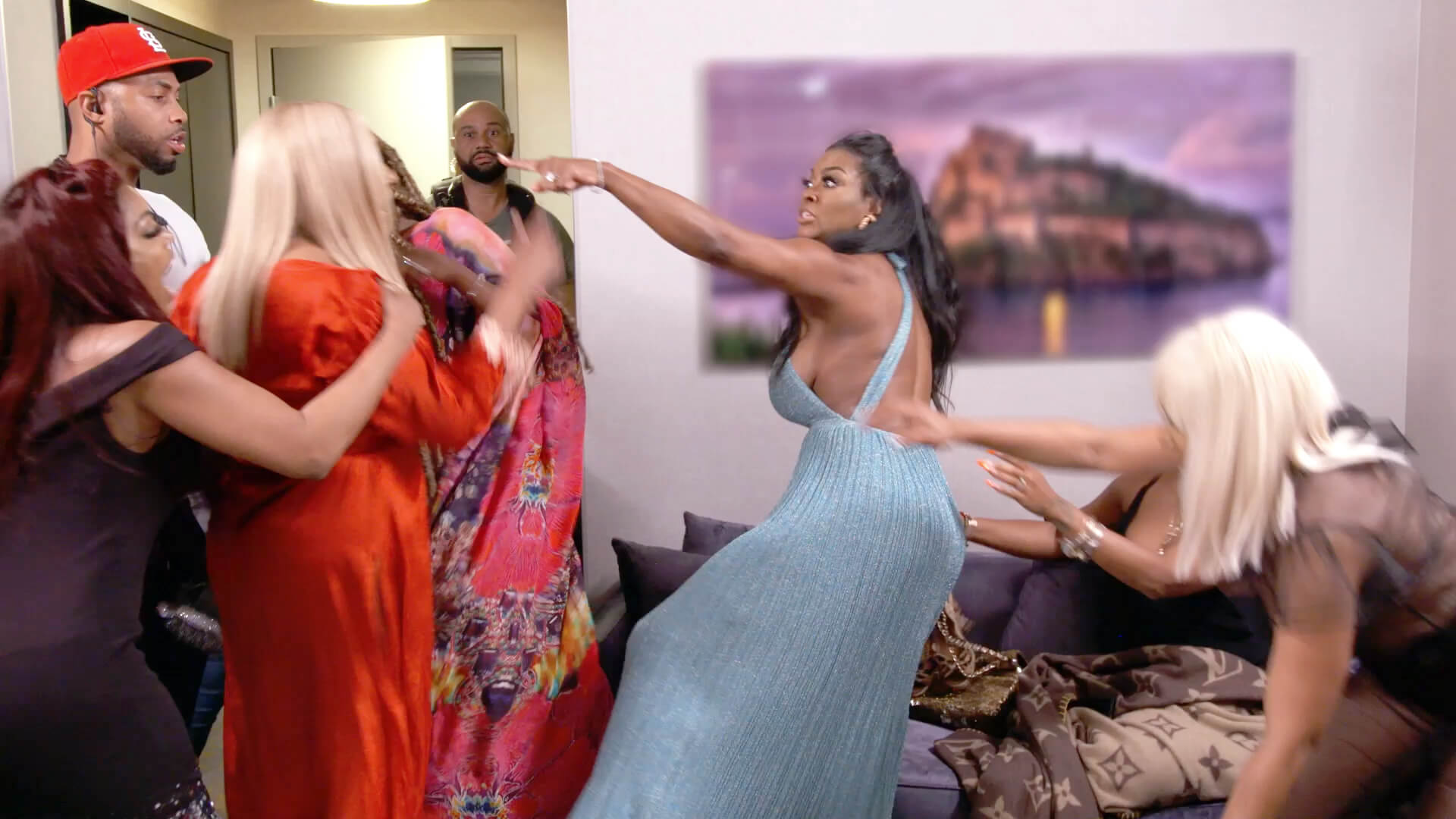 The ladies personal lives will be front and center. Kenya and Porsha Williams will bond over their little ones, but their relationships are anything but perfect. Greg and Nene Leakes discuss open marriage.

Kenya Moore has finally gotten what she’s always wanted with her husband and baby Brooklyn, but a fairytale ending isn’t always what it seems and despite her best efforts, her roller coaster relationship may be coming to an end. She’ll also tackle the challenges of motherhood as a single mom.

Read Also: Kenya Moore Revealed Marc Daly ‘Was Not Happy’ With Her Days Before Split In Shocking Video!

Porsha Williams is over the moon about her baby girl Pilar Jhena and couldn’t be more excited to be a mother. Dealing with the aftermath of salacious rumors surrounding her fiance, Dennis McKinley’s cheating — she is faced with the cold truth that her happily-ever-after may be on hold until she can figure out where her relationship stands.

Cynthia Bailey gets engaged but also gets exposed as a backstabber. And the strained friendship with NeNe and Cynthia will come to a head and two will have an intense sit-down.

Kandi Burruss’ life shows no signs of slowing down as she expands her empire while expanding her family with the help of a surrogate. Her husband optimistically seeks to open more businesses, but with so many balls in the air, Kandi worries they won’t have time to get everything done before the arrival of their newest family member.

Nene Leakes has reconnected with her husband, who is now cancer-free, but tensions rise when she is reunited with former friends to hash out past grievances.

The Real Housewives of Atlanta premieres Sunday, November 3 at 8 p.m. ET on Bravo.