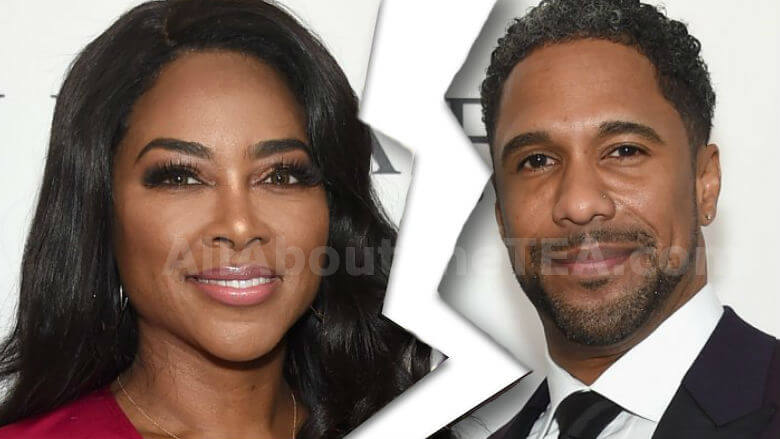 On September 16, the reality diva shared a video of herself and Marc on their way to The Tamron Hall Show, on her Instagram Story. In the video below, she explains that Marc Daly was upset with her for posting a photo of him with no shirt on and their daughter on Instagram.

‘Mr. Daly was not happy with me for posting a semi-nude picture of himself sleeping with the baby the other day,’ she tells her followers watching the video.

Then Marc chimed in, ‘Not happy at all about that picture. Not happy… without my permission,” he says with a grimace on his face.

‘He said it was without his permission. I said, ‘Report me to Instagram,’ Kenya smugly brushed him off.

‘See what I have to live with?’ A frustrated Marc responded.

Kenya Moore blames their on-camera bickering on their ‘dry sense of humor,’ but Marc Daly looks angry and clearly not on the same page.

‘We each have very, sort of, dry senses of humor. It’s just funny,’ she says while looking into the camera. “People always think we are arguing but we’re not arguing. We just have our own way of laughing and communicating with each other.’

‘I believe I’m really witty and you have a dry sense of humor. I’m extremely funny. She’s dry,” Marc interjected.

‘I’m not as dry as his feet,’ Kenya quipped.

‘We don’t want to go there. Mrs. Sahara does not want to call someone dry,’ Marc snapped as Kenya’s assistant in the back seat told them to “play nice.’

The image has since been deleted from Kenya’s Instagram page but not before it was reposted on the internet. Below is the shirtless image of Marc with their daughter Brooklyn on his chest that caused their spat. 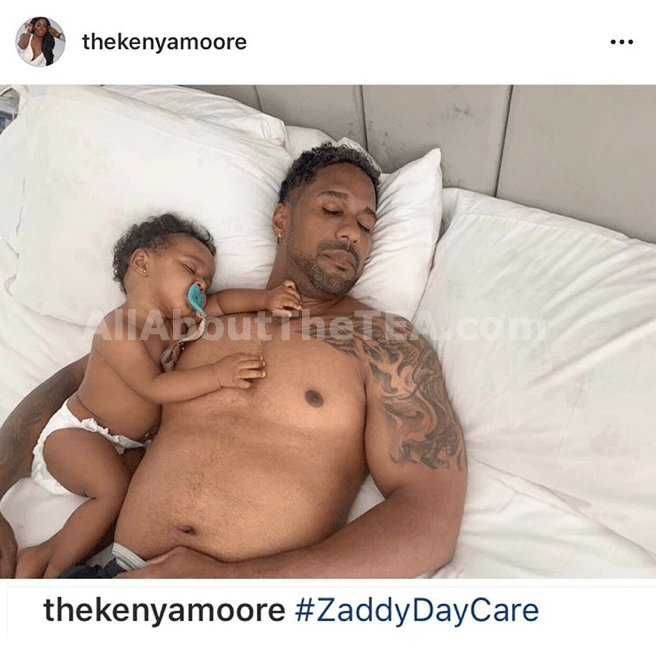 AllAboutTheTEA.com spilled the tea about Marc Daly’s secret life in New York City with another woman.

As AllAboutTheTEA.com has been reporting for weeks prior to the breakup announcement — the couple’s marriage was in major crisis and their ‘happy marriage’ facade would soon crumble.