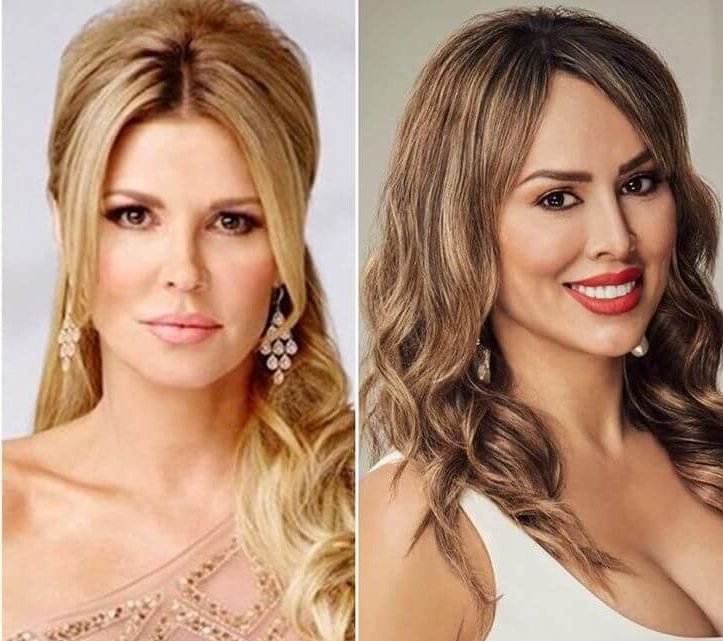 The ladies documented their adventure on Instagram, and their hangout comes amid Kelly Dodd’s feud with Tamra Judge and Vicki Gunvalson.

Kelly Dodd, 43, shared the following video of herself and Brandi, 46, laying in bed and drinking wine while watching TV. “So I never watch TV as everyone knows. I got Brandi Glanville here with her bottle of wine,” Kelly said. “It’s a glass,” Brandi responded while laughing. The next morning, Kelly had a chef come over to cook them lunch. “This is not a normal Friday for me,” Brandi joked.

As Real Housewives of Orange County  fans know, Kelly is on the outs with costars, Tamra Judge, Shannon Beador, and Vicki Gunvalson, otherwise known as “The Tres Amigas.” Vicki and Tamra have been feuding with Kelly after she verbally attacked the ladies age, parenting and looks on social media. But Vicki and Tamra fought back against Kelly’s verbal attacks by exposing she hunts rich men while neglecting her daughter, Jolie Dodd.

Tamra also accused Kelly of spreading rumors. “btw has she ever thought about anybody else’s kids?” Tamra tweeted during their Twitter brawl. “No she continues to spread rumors and bring up kids on a daily.”

As fans know, Kelly Dodd recently missed her 13-year-old daughter’s first day of 8th grade to party with new boyfriend, Rick Leventhal in Europe. She spent 4 weeks on vacation, away from her daughter. The reality starlet moved on quickly with the Fox News reporter after breaking up with Dr. Brian Reagan. Kelly Dodd’s rollercoaster relationship with Dr. Reagan was doomed from the start with Kelly’s explosive temper, alleged drug use, coupled with rumors of a sex train.