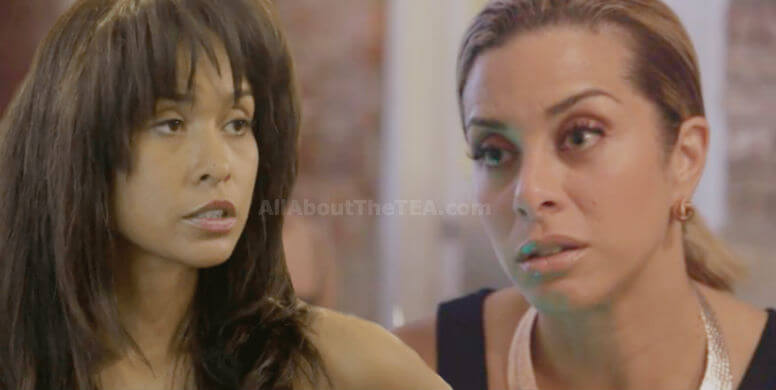 Robyn Dixon is clapping back after her Real Housewives of Potomac co-star, Katie Rost, spilled tea on Robyn’s finances.

As reported, Katie Rost delivered an epic read on Instagram after Robyn said that she probably wouldn’t invite Katie on another trip after she departed the group’s Cayman Islands trip early due to illness.

On September 9, the Real Housewives of Potomac personality revealed she disappeared in the Cayman Islands because she was pregnant but unaware at the time. She shared, “lord where was I, so I was on the island wearing my bad wig and all and then I felt like something wasn’t right and called a doctor. He was an island/ house doctor… he came to my room and gave me antibiotics and told me to stay out of the sun. The next day we were on a boat all day and in the sun, I felt very sick. I left Grand Cayman after notifying production and the front desk that I was sick. I got home and found out I was pregnant. I told Robyn, Gizelle and all of production I was pregnant two days before Karen’s La Dame party.I told Ashley the night of.” 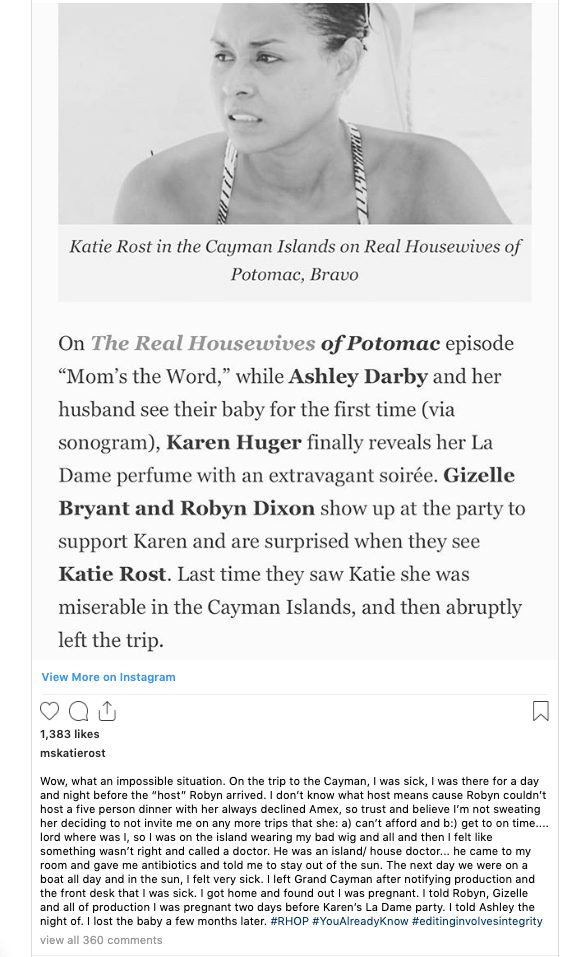 The green eye bandit did not take kindly to Katie’s claims about her finances and clapped back in the comment section of a Housewives fan account. She exposed that Katie was drinking while she was pregnant at Karen Huger’s perfume launch party. ‘I don’t know how I got blamed for editing but maybe she should thank me for not showing the pregnant lady downing champagne at Karen’s party.’

The suggestion is that Katie may have contributed to her miscarriage which she suffered back in February after five months of pregnancy. She documented her tragic experience in now-deleted graphic photos on Instagram.

Share your thoughts on Robyn Dixon’s claims that Katie may have caused her own miscarriage. Sound off below!