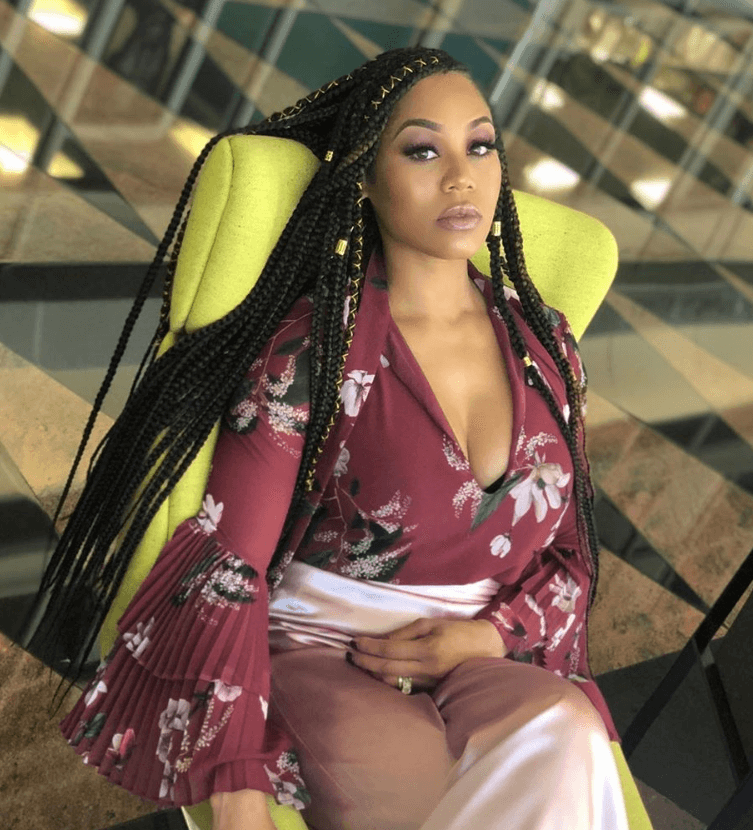 The hoopla began after the two women got into a heated fight at Katie Rost’s hoedown — and Monique was prepared to drag a bitch — pregnant and all.

While last Sunday’s episode aired, the ladies took their drama down to Twitter and unleashed on each other. Candiace, 32, kicked off the attack first by tweeting, “Wow. Disgusting. I’m “gunning” for her?? She was in my home. And was asked to leave. But I’m gunning for her?? WOW. @iammrssamuels” 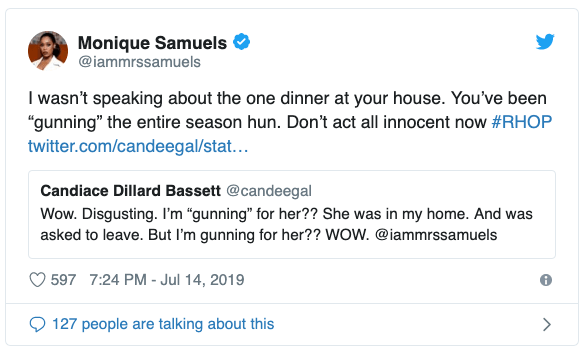 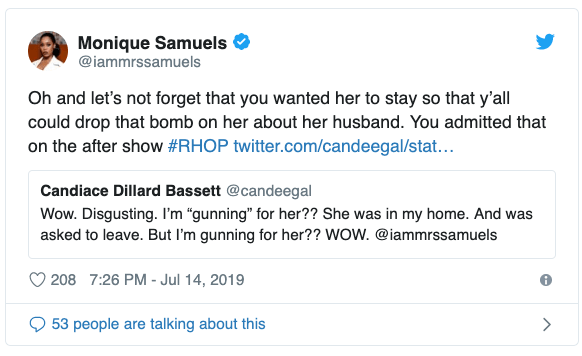 Candiace continued to throw shade at Monique, she tweeted: “Says the fake mannequin poised for any opportunity to jump up and look like Mother Theresa. I have never claimed innocence, “hun.” You keep on, though. She’ll screw you again soon enough.” 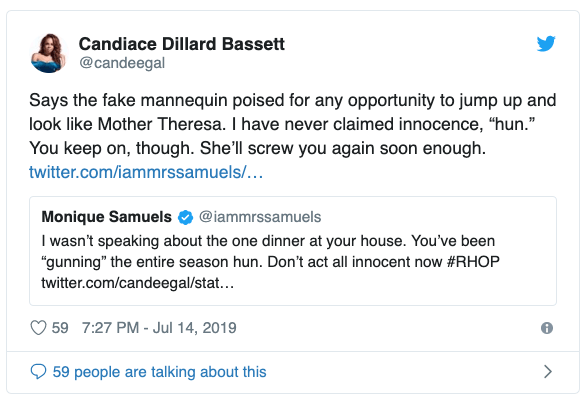 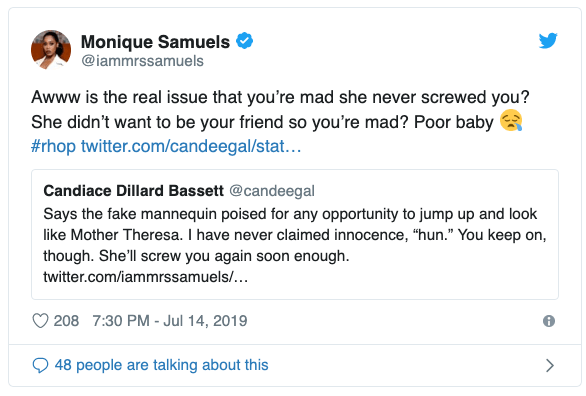 Monique summed up the fight by telling Candiace not to use her for a storyline. 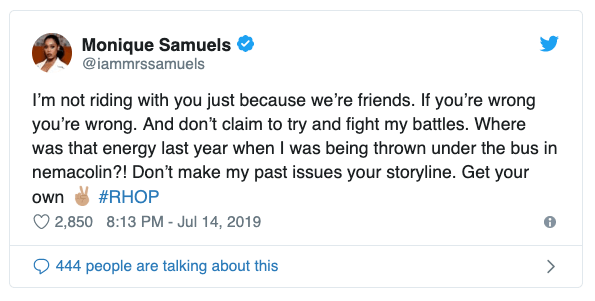 After their Twitter showdown, AllAboutTheTEA.com caught up with Monique Samuels about her beef with Candiace Dillard. 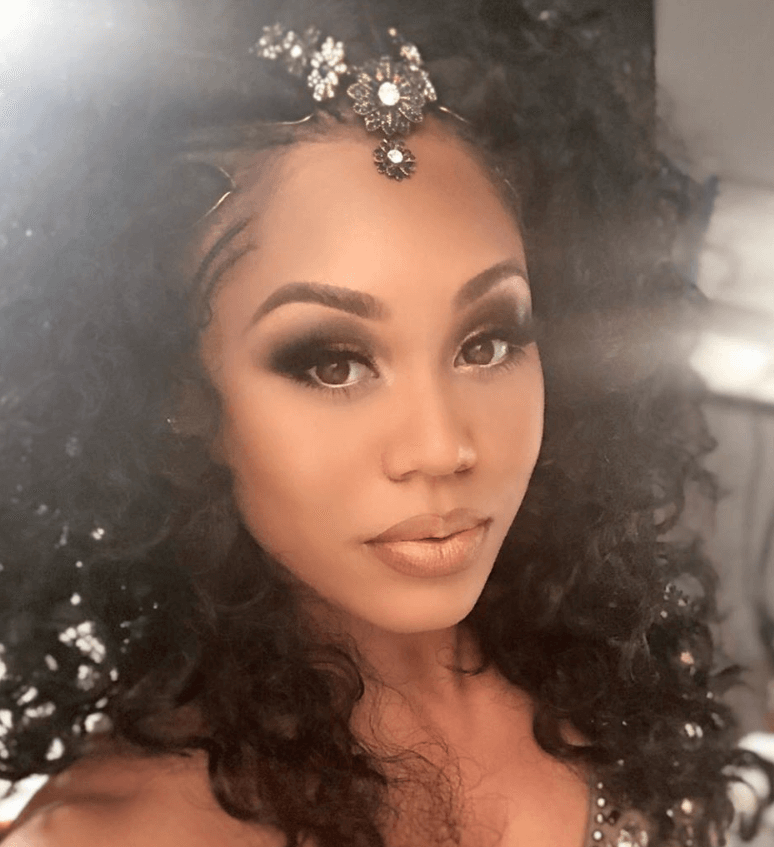 In an exclusive AllAboutTheTEA.com interview, Monique explains that she’s no longer on speaking terms with Candiace and was forced to “block her on IG,” amid their feud.

“I blocked her on IG because I don’t want her stalking my page. She wants attention and I refuse to give it to her.” Monique tells AllAboutTheTEA.com. “I don’t give in to temper tantrums… I laugh at them! Ask my kids.”

Monique, 35, noted, “She’s mad at herself for looking so crazy on TV.”

The former friends started feuding after Monique voiced concerns over Candiace’s explosive outburst during a knife wielding incident with Ashley Darby — Candiace misconstrued Monique’s advice and lashed out at her friend.

Fans have witnessed Candiace lash out on-screen at her co-stars and her husband during unhinged fits of rage. Monique feels Candiace’s behavior may be deflection stemming from her toxic relationship with her mother, Dorothy Dillard.

“She can take this battle to the appropriate source- her mommy.”