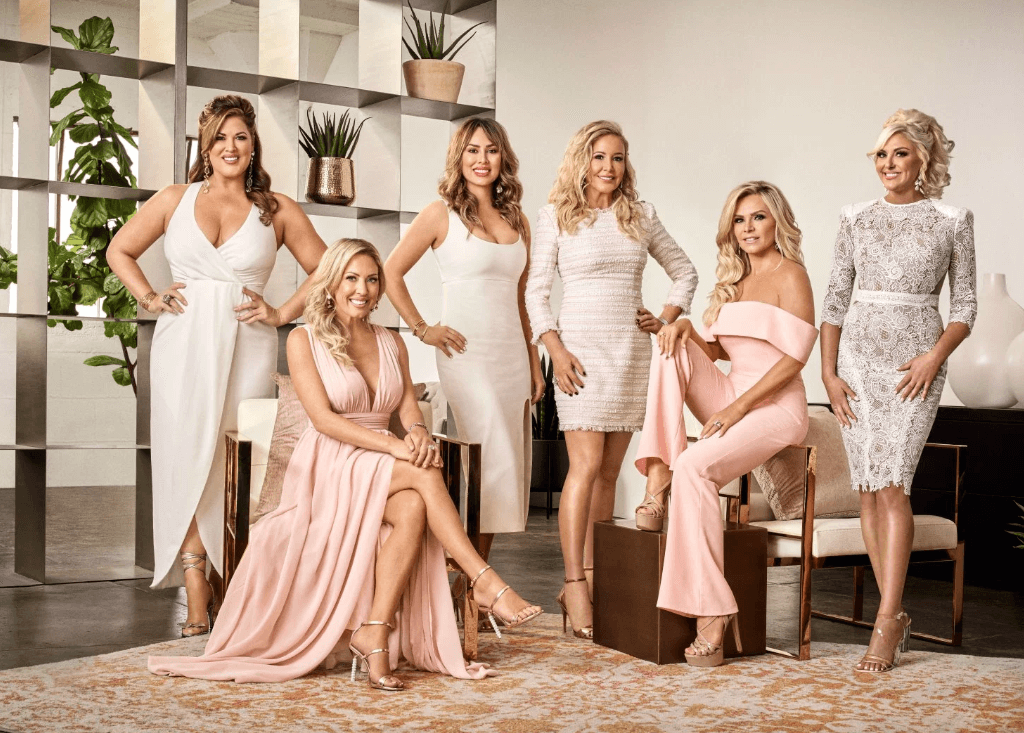 Despite, Vicki Gunvalson returning as a friend this season, she’s all over the trailer bringing drama to Kelly Dodd’s face. In one scene, she goes head to head with Kelly Dodd, who calls her a “f–king con woman crook.” To that, Vicki responds by screaming, “You are a bully!”

Then we see Kelly screaming in a cab, “I don’t do cocaine, and I’m not a f–king whore,” Kelly’s drug use and whoring will be brought up a lot this season, AllAboutTheTEA.com can confirm.

An emotional Gina addresses her drunk driving arrest this season.

Early in the season, the ladies attend group therapy in Arizona to help bring the group together. As AllAboutTheTEA.com exclusively reported, Vicki and Kelly make up in Arizona but it doesn’t last for long.

Press play to watch the trailer below.

Season 14 of The Real Housewives of Orange County premieres on Tuesday, August 6.