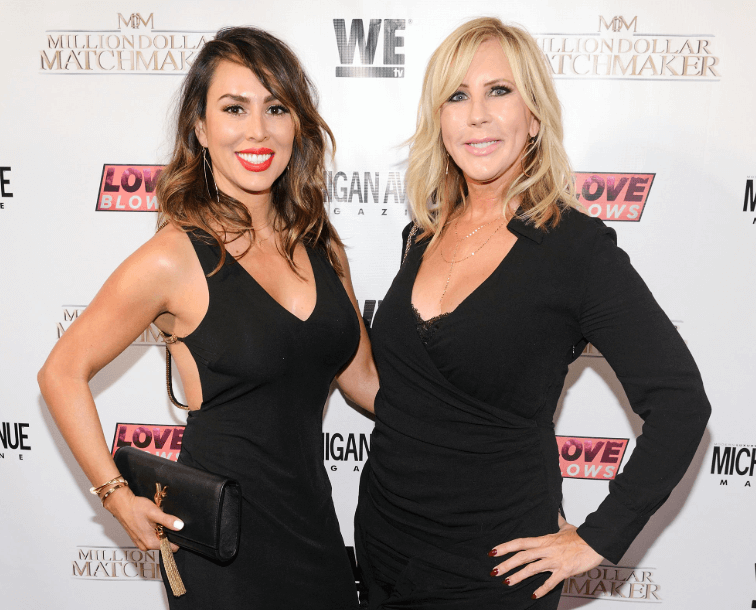 Real Housewives of Orange County frenemies, Vicki Gunvalson  and Kelly Dodd, have called a truce — but according to a production insider, the reconciliation is not the real deal.

The OC cast recently took a girls trip to an Arizona spa — where producers forced the ladies to call off their beef, AllAboutTheTea.com can confirm.

A production source claims that Vicki and Kelly’s ongoing discord was disrupting filming the season, and producers finally pushed the ladies to call off their war.

The insider reveals that the cast recently visited Miraval Resort & Spa in Tucson, Arizona, where Vicki and Kelly’s reconciliation scene was captured for the upcoming season. The exchange was filmed on March 14th.

“Producers were sick of the constant fighting, especially on social media,” the insider tells AllAboutTheTea.com  “Kelly was refusing to film with Vicki, and the messy dynamic proved to be problematic.”

The source also claims that production even threatened to fine Kelly for exposing Season 14 drama.

“Kelly was up against a wall to make nice with Vicki,” a production sourced dished to AllAboutTheTea.com. “She spilled show secrets on social media early in the filming season, and has been an ongoing production headache.”

Would you like to seeVicki Gunvalson  and Kelly Dodd back in bestie mode? Sound off in the comments!