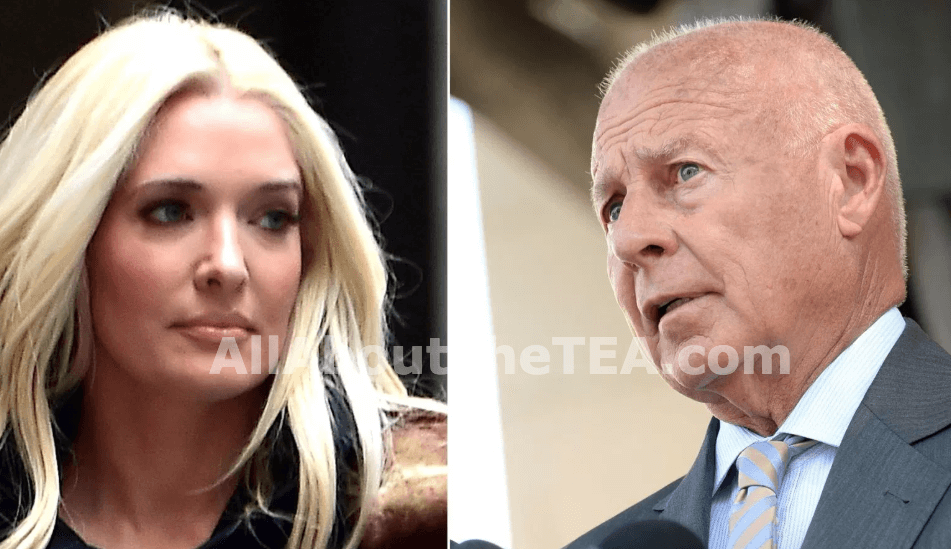 Tom Girardi appeared in court last week to defend himself over an unpaid $15 million loan.

On April 24, Erika Jayne’s husband appeared in court as a defendant. The plaintiff, Law Finance Group, claims the 79-year-old Real Housewives of Beverly Hills star and his law firm, Girardi Keese in Los Angeles, borrowed $15 million to fund the operations in his firm but used the money “to maintain Mr. Girardi’s lavish lifestyle.”

Law Finance Group, based in Mill Valley, California is suing for the full $15,151,989 owed and other damages and claim in documents that Girardi has not repaid the loan in accordance to a repayment plan agreed upon in August 2018.

But Law Finance Group filed a writ of attachment to secure some of Girardi’s assets, which include: Girardi Keese law offices, the firm’s bank account, and Girardi’s personal assets. The Law Finance Group already has a lien on Girardi’s Pasadena, California home featured on The Real Housewives of Beverly Hills.

In court, the judge presiding over the case stated that he’s made a tentative decision on the matter but allowed both sides to mediate for another two weeks before issuing a ruling.

Tom Girardi, 79, called the asset move a “charade,” — in an April 17 court filing responding to the plaintiff’s writ.

“What is abundantly clear from the filing of the complaint and this application for writ of attachments is that this matter is not driven by the desire to enforce the terms of the agreement but to exact retribution and to defame the reputation of Thomas V. Girardi under the guise of litigation privilege,” he wrote.

In a statement, he called the lawsuit “fraudulent, slanderous and an abuse of the legal process,” particularly given that Law Finance Group owner Alan Zimmerman had a lien on his Pasadena home.

“Law Finance insisted that any and all disputes or issues concerning the loan go to mandatory arbitration,” he wrote. “Despite this agreement, the law firm filed a baseless case against the law firm and me personally full well knowing they had adequate protection in the form of my personal assets.”

In a reply filed Monday, Law Finance Group said Girardi does not have the funds to pay back the loan and is “actively soliciting more than $30 million in additional loans.”

The plaintiff also claims that Girardi “embarked on an abusive campaign of threats and intimidation, for no other reason than the filing of this lawsuit,” including threatening to file a defamation suit against Law Finance Group.

Additionally, Law Finance Group accuse Girardi of “funneling millions of dollars” to someone else [Erika Jayne], whose name is redacted, “through loans to her company.”

“The fact that Girardi is using his law firm to fund” that person’s “career is troubling, especially when the law firm does not have the ability to pay its obligations,” Frost wrote.

Share your thoughts on Tom Girardi’s latest legal woes in the comments below!