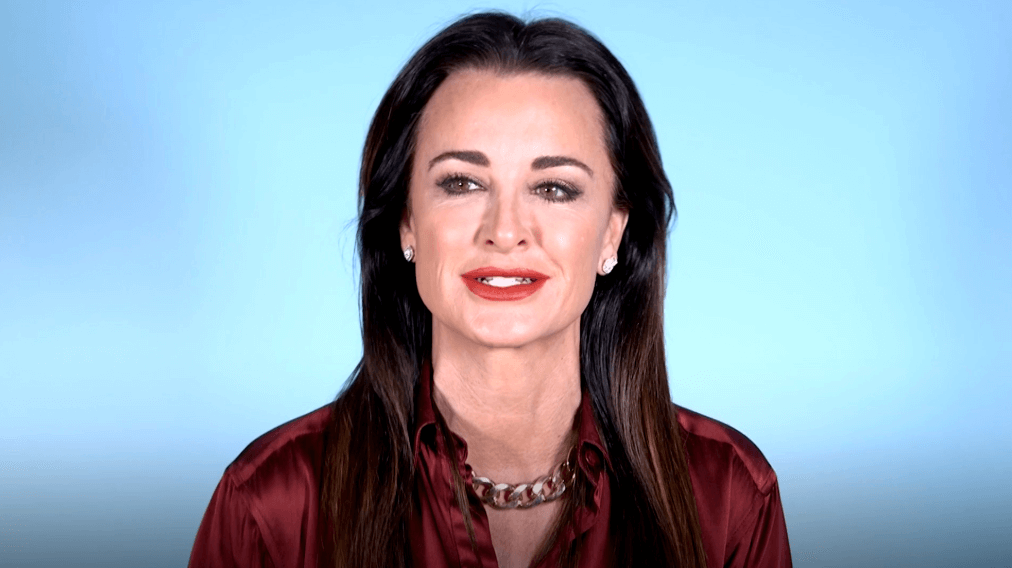 Kyle Richards is sounding off — The Real Housewives of Beverly Hills star is dishing on drama dubbed “Puppygate” as it unfolds for the Bravo audience.

Kyle gives her perspective on the beginning of the adopted pet saga — and implicates Lisa Vanderpump as the gossip ringleader.

“John said Lisa V wanted Teddi to have this info. Teddi thought it was weird but considering the story she was told about Dorit and the dog, she went along with it. Teddi and Dorit were not in a good place, and nobody wants to hear about any animal not treated with anything less than compassion. The story we later heard was very different from the one we were originally told by the Vanderpump Dog’s team. Which may explain why we were less upset later than we originally were. Remember, that day at Vanderpump Dogs, I was initially confused as to why Lisa V was not upset with Dorit about the dog. It seemed this information was given to Teddi and then me with the hopes of going after Dorit.”

The Real Housewives of Beverly Hills star points to a pattern of behavior, and writes that she has been on the “receiving end” of Lisa’s alleged antics.

“It then became about, ‘Why would Lisa want to do this to a friend?’ Why would she want a twisted version of what really happened out there to hurt someone she cares about? It didn’t sit well with me because it’s been a pattern with Lisa. I, too, have been on the receiving end of Lisa with an agenda. Like I said in the Bahamas, I care about Lisa but also know how she operates. This does not mean that I don’t care about Lucy. We all knew Lucy was fine since we all saw her at Vanderpump Dogs in the very beginning. Should things have been handled differently? 100%. On everyone’s part.”

The 50-year-old shares her thoughts about the text message scene between Lisa and her husband, Ken, as well as Lisa’s filmed meeting with John Blizzard.

“Ken and Lisa meet up in their backyard… Ken shows Lisa texts messages between Teddi and John Blizzard that Lisa supposedly hasn’t seen before (if you believe this then I have some stocks to unload on you too). Lisa doesn’t talk to John Blizzard because he’s ’22 years old.’ He is also in charge of all her Vanderpump Dog events. Makes no sense. But let’s roll with this. So Ken reached out to John Blizzard without Lisa knowing so he could get the texts between Teddi and John. Not all of the pages of course.”

“When John Blizzard arrives, Ken “scolds” him. Then Lisa talks to him, reiterating, ‘You’re much closer to Teddi.’ John Blizard says, ‘I put words in your mouth that I shouldn’t have.’ What would John B have to gain by saying that to Teddi? ZERO. He is clearly doing what his boss has told him to say. Which is understandable I suppose. He doesn’t want to lose his job.”

Kyle rewinds the sit-down at Lisa’s house, where Lisa revealed the text message exchange to her and Dorit Kemsley.

“Back in L.A., Lisa V invites Dorit and me over to her house. We thought to clear the air. When we get there Lisa has printed out the texts between Teddi and John Blizzard. What she doesn’t include are the parts of the text that implicate Lisa. I knew exactly what was in that conversation and was waiting for her to show it in its entirety. That didn’t happen. When I asked Lisa how she knew about Teddi knowing about the dog and why she texted Dorit, ‘Teddi knows,’  Lisa also couldn’t answer the question.”

Kyle Richards wraps her blog by assuring viewers that at this point, her friendship with Lisa was still in a good place.

Watch the next chapter unfold on The Real Housewives of Beverly Hills, Tuesday night at 9 pm, ET, on Bravo.