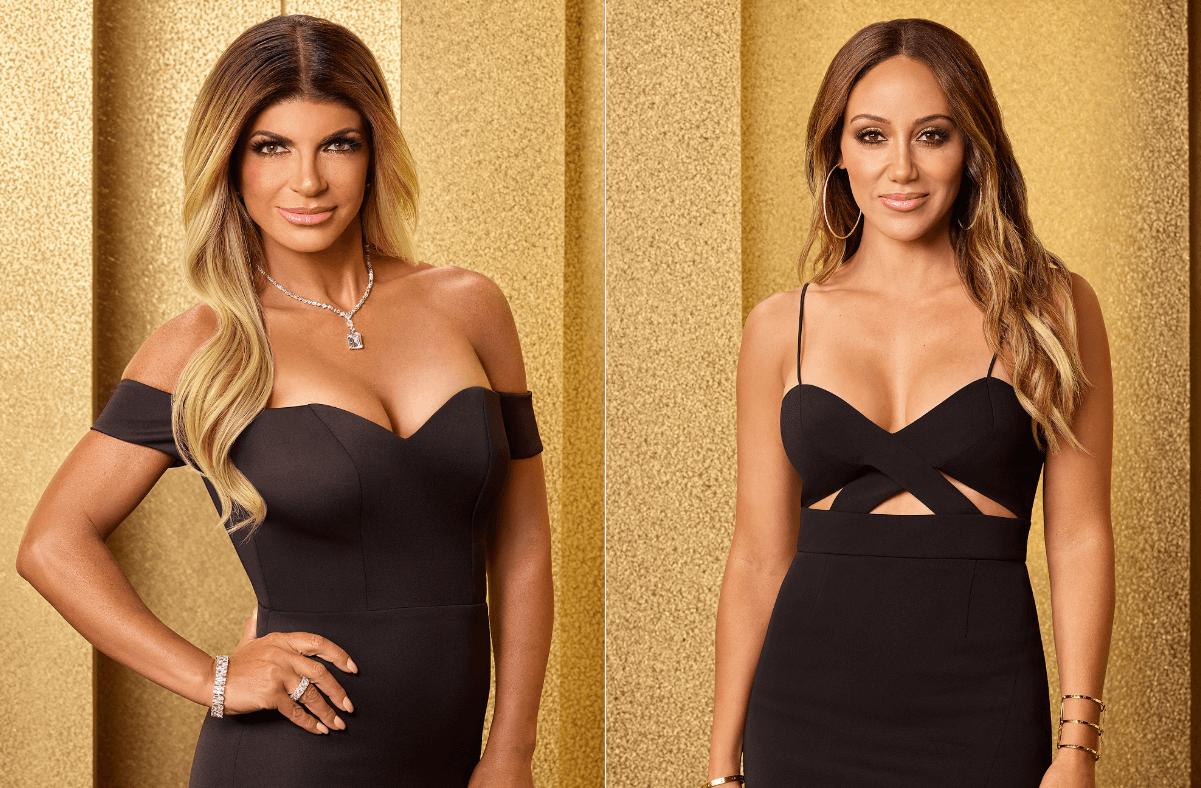 Melissa Gorga is opening up in a new interview regarding the explosive Season 9 reunion and exposes a plot by Teresa Giudice, to take her down.

According to The Real Housewives of New Jersey star, the upcoming reunion fractured her repaired relationship with her sister-in-law.

“When you guys see the reunion you are going to be in shock. It’s shocking and this is not me promoting the show.” Melissa told the hosts of Morning Toast. “For real, my mouth was dropped the whole time,” Melissa revealed. “Teresa and I go at it very unexpectedly, for me. I feel she had an agenda, didn’t give me a little heads up on this agenda, didn’t let me know how she was feeling about things and went for my jugular within three seconds.”

She continued. “You will clearly see… I was like, ‘I was just at your house. We were just eating pasta.’ I was like, ‘What am I missing?’ Andy Cohen looked at me like. He’s like, ’What’s happening?’ I’m like, ‘I don’t know,’” Melissa recalled.

“Besties. Up each other’s butts,” Melissa said of their friendship. “Danielle is very like, ‘Yes Teresa, sure Teresa, anything you say Teresa, yes Teresa, you’re the best, you’re the prettiest, you’re the sexiest.’ They are besties now. So, you know how that goes.”

The ‘On Display’ songstress explains the nature her chummy friendship with Jackie Goldschneider and her thoughts on the other cast newbie, Jennifer Aydin.

“Jackie and Jennifer couldn’t be more opposite human beings. Polar freaking opposites. Jennifer has more of that quirky… She’s more like Teresa. She just goes well with Teresa and Jackie goes well with me. We just think more alike,” she explained.

“Jackie had balls this season, which is not easy,” continued Melissa. “She reminds me of me in similar ways because when you don’t naturally have that cooky craziness, which I feel that Jennifer kind of does… she does have that little vibe to her, Jackie is more of like a level-headed… and you are still able to tell your truth and say you don’t agree with something and take the pressure… I like Jackie a lot.”

The mom of two also responded to rumors of a possible move to the west coast and possible role on The Real Housewives of Beverly Hills.