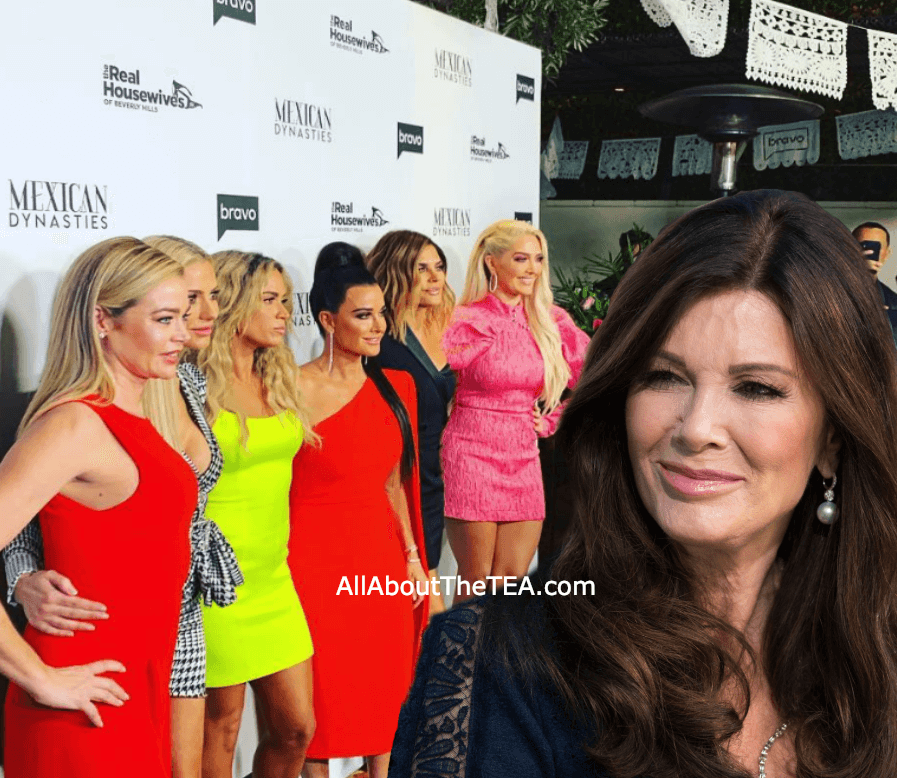 On Tuesday night, the British restaurateur attended the official Season 9 premiere party at Gracias Madre in West Hollywood, with her pooch in hand.

Lisa, 58, reportedly kept her chin up despite the ongoing drama with her castmates. On the season 9 opener, Kyle Richards and Vanderpump’s husband was seen in a nasty screaming match, Kyle attacked Lisa over trying to make her look bad, and drama over Dorit Kemsley returning a dog was heating up.

The video prompted many fans to question why the ladies left the fan favorite out of the group photo.

Share your thoughts on Lisa Vanderpump  being excluded from the group shot. Sound off below!