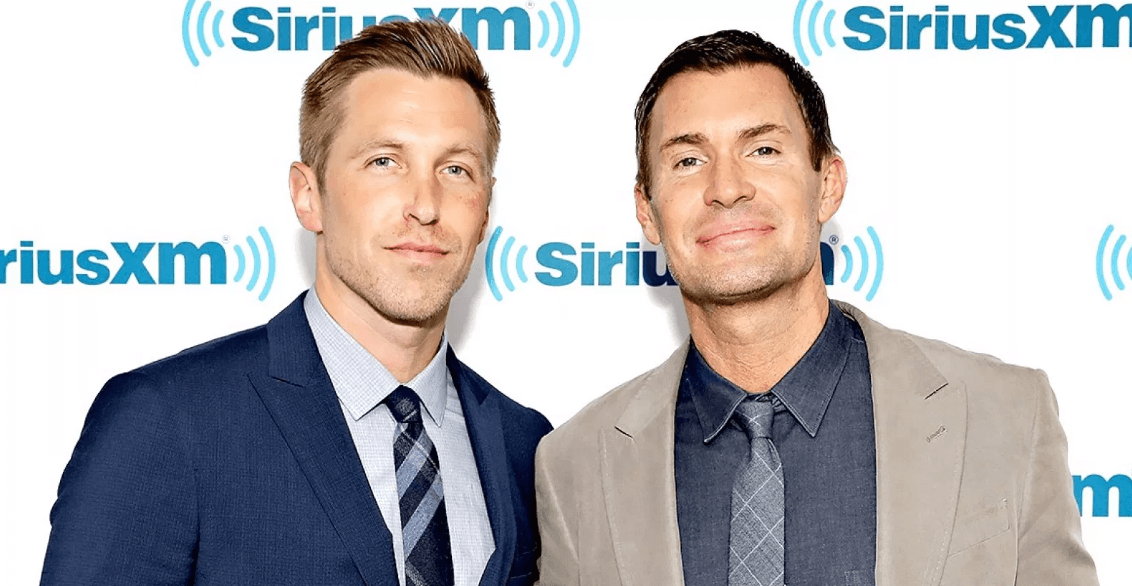 Jeff Lewis and Gage Edward have broken up after 10 years together.

The Flipping Out star revealed the shocking news Thursday during his Sirius XM radio show, Jeff Lewis Live. Jeff shared that they had been living in separate bedrooms half of last year up until Wednesday, when Gage moved out of their house and into a hotel.

“This has been a long time coming. We were in separate rooms a significant portion of last year, so it was kind of like a roommate situation,” Lewis, 48, said, explaining that the two had be trying to work through their problems.

“I think the reason we hadn’t ripped the Band-Aid off and separated is because a) we had the baby and neither one of us want to leave the baby and then b) financially, it wasn’t the best time because I have four properties right now — three of which are in construction and one of which is sellable.”

As far as custody of their two-year-old daughter, Monroe — the former couple have not ironed out details.

“I don’t even want to go there,” though he did admit earlier in the program, “I’m now a single dad ’cause the baby is with me.” Jeff Lewis told a caller.

Jeff Lewis labeled the state of their relationship as “friends with benefits.” While they were not sleeping in the same room, they often had sexual encounters, Lewis claimed, which he says, also made it hard for them to end things.

“We were like friends with benefits. We would still hook up, inconsistently,” Lewis said. “I was still encouraged, like, ‘There’s still something here… he’s still interested in me… But there was a real lack of intimacy because he wasn’t in my room. So I actually felt very lonely and sad and disappointed.”

Eventually, the breaking point came when Gage allegedly told Lewis that their physical relationship was “confusing.”

“That arrangement doesn’t work for me. I already feel tortured by this — for months, and months, and months,” Lewis recalled on Jeff Lewis Live, explaining that he has asked Edward to leave. ” I said to him, ‘I want to be very clear, I’m not throwing you out. I’m not breaking up with you. I’m here. You need time and space to get perspective.’ “

“I hope he gets the clarity and perspective he needs,” Jeff Lewis commented, adding. “There’s so much anger that he has lost sight of the good things. Every time we have one of these discussions, it’s so overwhelmingly negative. I have a very different perspective. Last year was hell, but I remember nine pretty solid years. We had some fun. So I said to him, ‘I encourage you to work through that resentment and focus on the positive things because there could be more to come.’“

A turning point happened at the beginning of the year when Jeff caught Gage looking for apartments.

“I reacted very negatively for everything that was happening last year.I didn’t respond well and I didn’t handle myself well. But then in January I was like, ‘Wait a minute,’ ” Lewis said. “Had I [checked in] 6 months ago, it would have been better… I didn’t think he hated me as much as he does.”

He went on to explain that his therapist has said that if the two were to try again, they would have to throw out their previous relationship and start over.

“If this happens, I’m kind of excited about this courting process,” Lewis said.

The interior designer blames communication and the couple’s 10-year age gap for the break down in the relationship.

“There’s a lot of negatives with dating Jeff Lewis, but you always know where you stand with me. I dated someone who is not a good communicator. Has never been to therapy and has held things in for 33 years. It breeds a lot of resentment,” Lewis said.

2018 was a rough year for Jeff Lewis. His grandmother passed away in September, his long-term friendship with Jenni Pulos fell apart, his Bravo series was cancelled, and Jeff’s surrogate, Alexandra Trent, sued him.

Share your thoughts on Jeff Lewis and Gage Edward’s split.

Comments
Jeff Lewis Blasts Jenni Pulos’ Version of Her Firing & Calls Her A Liar!
Jeff Lewis Accuses Ex Gage Edward of Cheating With A ‘Homewrecker’ For A Long Time!
To Top