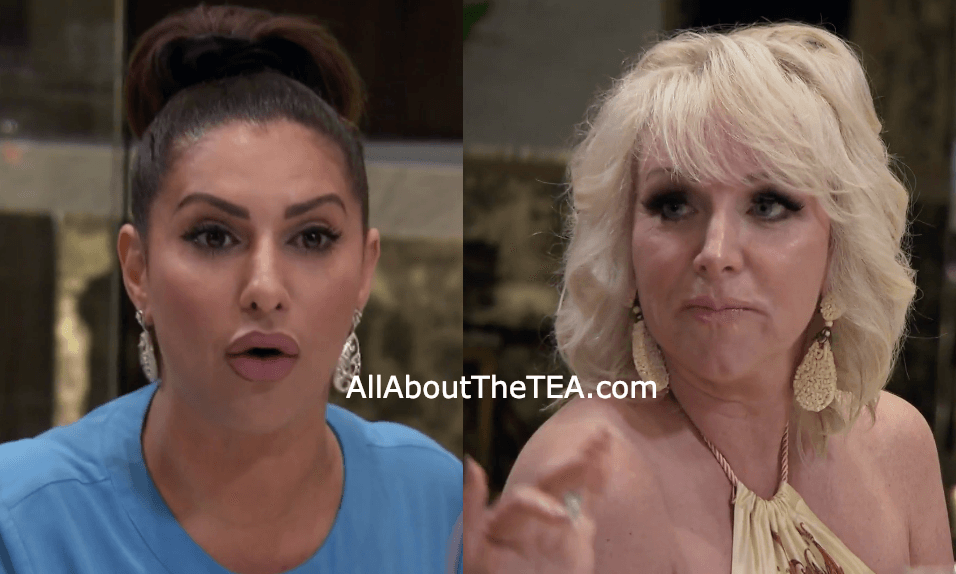 On tonight’s all-new episode of The Real Housewives of New Jersey, drama between Margaret Josephs and Jennifer Aydin escalates over a necklace.

RELATED: Danielle Staub Removed Margaret Josephs From All of Her Bridal Photos!

The ladies Cabo getaway gets a little messy when some of the ladies gift Teresa Giudice, a necklace for her fitness competition. The kind gesture turns to shade when it’s revealed that Jennifer Aydin’s brother is a jeweler.

“Would’ve come out better if my brother did it,” she says.

Jennifer’s assertion triggers Margaret Jospehs to lash out at Jennifer.

“Jennifer, I don’t know what the hell you’re talking about because I called you and told you and you were like, ‘Fine.’ I think the cocktails are getting to your brain,” Margaret says.

Jennifer was under the impression the ladies were gifting Teresa costume jewelry.

“Why would I f*cking pay for something from a jeweler that’s not my brother?” a heated Jennifer asks.

Jennifer says Margaret is at the top of her “sh*t list,” in a talking head confessional. Especially after they argued about Margaret calling Jennifer’s brother’s wife a mail order bride.

“You know what? It’s f*cking ugly. Sorry, Teresa,” Jennifer says at the table. The ladies are taken aback by the comment and say it’s bad manners.

“Then I have bad manners, I own it,” Jennifer says.

“I like Jen, but she’s acting a little crazy…I think the tequila has given her amentia,” Dolores Catania says in a confessional.

Margaret Josephs then tells Jennifer Aydin that her lip liner looks like “a monkey’s asshole!”

The Real Housewives of New Jersey airs Wednesdays, at 9:00 p.m. EST, on Bravo.