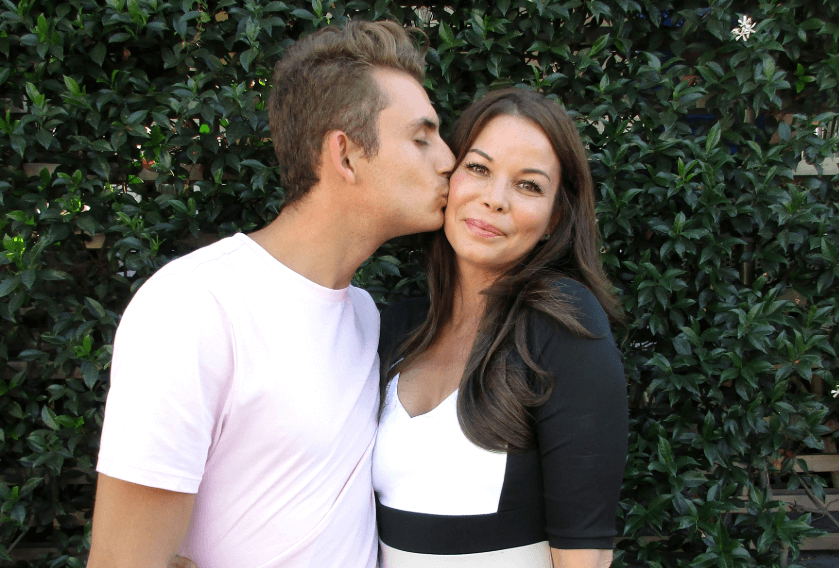 James Kennedy’s mom is in full mama bear mode and fiercely defending her son amid criticism over accusations that he attacks the show’s female cast.

As reported, Lala Kent shaded at James Kennedy’s mother, Jacqueline Georgiou, who’s a recovering alcoholic. James Kennedy’s mother appeared on the January 7th airing of the Bravo reality series to beg Lisa Vanderpump for her son’s job, after he was accused of making disparaging remarks about Katie Maloney and drinking too much.

Jacqueline Georgiou released a statement via Instagram on Friday — adamantly defending her son. She believes he never should have been fired. She seemingly excuses his behavior towards women and specifically slams Katie Maloney and Kristen Doute for triggering his explosive responses.

According to Jacqueline, James never described Katie as “fat,” during their argument. “Let’s not claim to be a feminist then play victim,” she adds, before turning the tables on James’ ex, Kristen.

“Harassment (single white female style) not forgetting Ms. Doute repeatedly beat the sh*t out of my son on previous episodes … Is this not considered abuse + battery?” Jaqueline ripped Kristen. “Or is it because he is male he should take it?? Hypocrisy. Double standards.”

She also issues a warning to Lala Kent — telling her to back off: “So all of you judges + jurors before you speak + give your opinion unless you are living your best ‘Oprah life’ then: SYMFM.”

Share your thoughts on James Kennedy’s mother defending her son. Sound off in the comments!