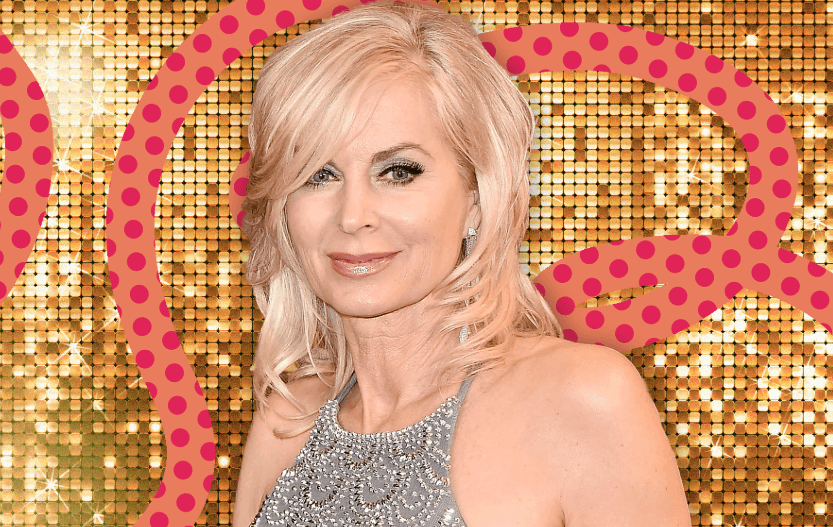 Eileen Davidson may not be on The Real Housewives of Beverly Hills anymore — but that’s not stopping her from commenting on the feud surrounding her former costars and Lisa Vanderpump.

“Things change so quickly, especially in reality TV. There’s always a way to patch something up for a specific reason.” The Young and the Restless star told Hollywood Life at the 30th Annual Palm Springs Film Festival.

“You never know. I would say absolutely. They could be friends next year this time,” she told the reporter in regards to Lisa Vanderpump and Lisa Rinna repairing their friendship.

As reported, Lisa Vanderpump has been estranged from her fellow cast members after Dorit Kemsley adopted a dog from Lisa Vanderpump’s rescue organization, Vanderpump Dog Foundation, and then returned it to a shelter, infuriating Vanderpump and causing a major rift. But the pup bit Dorit’s son, Phoenix, forcing the mom to give it to another family, who in turn, took the dog to a shelter.

Since their friendship crumbled, Lisa Vanderpump has been the target of bullying and harassment from her fellow Real Housewives of Beverly Hills cast members.

Eileen Davidson says Lisa Vanderpump will leave the Bravo reality series as a result of the drama, based on her history of threatening to quit.

“I do [see that]” Eileen stated of the possibility of Lisa Vanderpump walking away from the show. “Because I know that she’s threatened to leave for about 6 years. She also has another show doing quite well on the same network. If it’s that hard…this is just my personal opinion. I don’t have any inside information, but just from observing, I would say, ‘Wow, it was hard for me for 3 years.’ For her after 10? I can’t imagine.”

Eileen discussed her feelings about returning to the show.

The Real Housewives of Beverly Hills returns to Bravo on February 12.