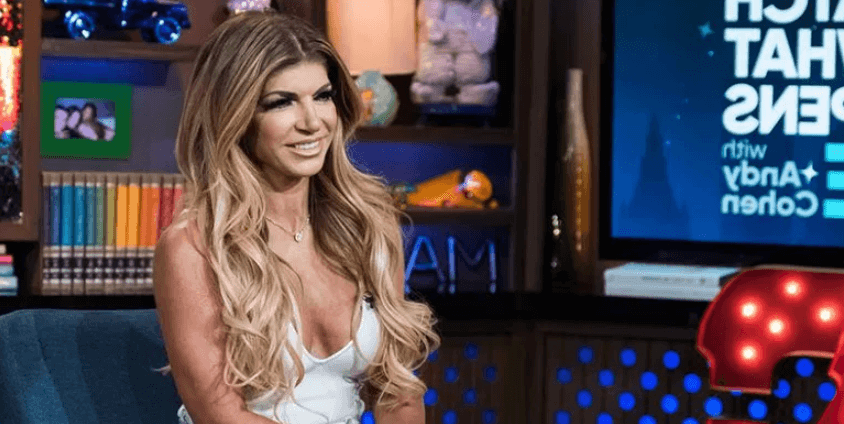 Splintered Real Housewives of New Jersey couple, Joe and Teresa Giudice, are living separate lives — and while Joe awaits deportation in prison, Teresa is on the prowl!

On New Year’s Eve, Teresa was spotted getting frisky with a mystery man at Miami hotspot, Big Pink. Several eyewitnesses saw the married mom of four “aggressively flirting with and perusing a man in his early 20s,” reports Us Weekly.

“Teresa had her hands on his leg,” the source says. “At points, the two had their hands intertwined, and then the man was rubbing her leg in a romantic way,” and she “didn’t seem like she cared if others were looking,” the onlooker adds.

However, Teresa’s attorney, James Leonard Jr., claims the night out was strictly platonic. “Teresa was out celebrating New Year’s Eve with a large group of men and women while she was in Miami,” he tells Us. “They are all friends and have all known each other for a significant period of time. It’s a night out with friends, nothing more than that.”

Back in late 2017, AllAboutTheTEA.com exclusively reported that Teresa was carrying on an affair with real estate consultant, Shane Wierks.

As reported, the secret lovers were spotted “all over each other,” at Nicole “Snooki” Polizzi’s 30th birthday party in December 2017 and Shane was supposedly, “always at Teresa’s house.”

Joe Giudice, 46, began serving a 41-month prison sentence for mail, wire and bankruptcy fraud in March 2016. Joe will be deported to his native Italy upon his release in March 2019.

Do you believe Teresa Giudice was flirting with a mystery man in Miami? Sound off in the comments!