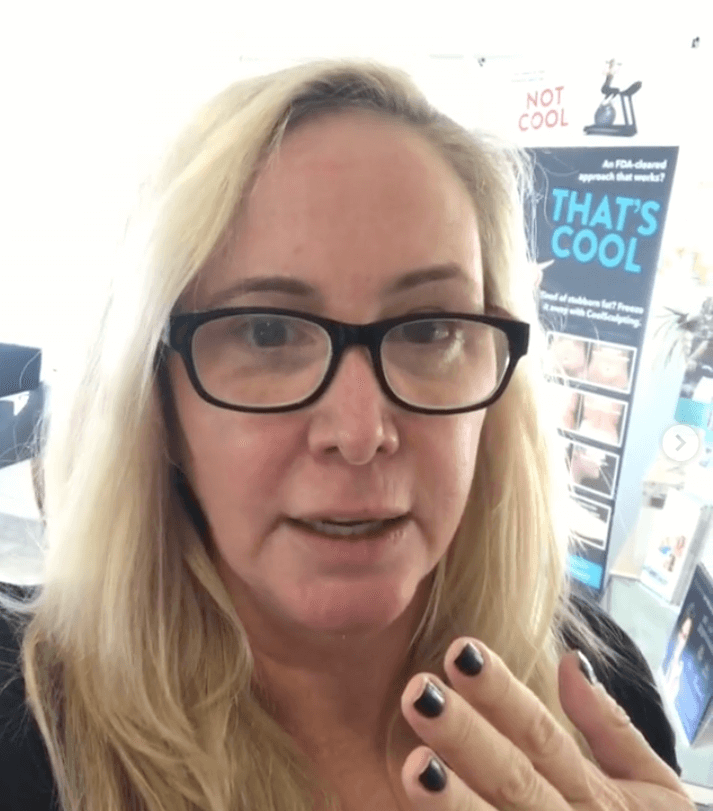 It’s a wrap for Shannon Beador and her new beau Scot Matteson!

Reportedly, the Real Housewives of Orange County star ended the six month relationship amid her bitter divorce from her estranged husband, David Beador.

“Their romance started to cool off after this fall,” a source tells Radar Online. “Shannon was not ready to be tied down to Scot and she ended the relationship on amicable terms several weeks ago.”

As reported, Scot Matteson was put on blast in October — outed as an alleged abuser, and deadbeat dad. Matteson’s ex, Sarah Pavlik, a Newport Beach attorney claims Scot does not pay his child support and physically abused her.

Last night in NYC! Learned a lot about a vegetarian diet from the beautiful @parvathyo13 ! ❤️ #lovenyc

Shannon separated from husband, David Beador, in 2017, after battling abuse rumors on the Bravo reality show.

David was arrested for battery in 2003, after police responded to a domestic episode in the Beador home. Shannon denied that any physical abuse took place, but David pleaded guilty to two misdemeanor counts of assault and battery against a cohabitant.

Since the former couple’s divorce filing, both David and Shannon have engaged in a nasty legal battle with scandalous allegations made on both ends. According to a source, this was a contributing factor in the breakup of Shannon and Scot.

“Honestly, her divorce with David is just too much for anyone to handle,” the source told Radar. “She does not want to be with anyone serious right now and knows that she can’t really move forward or get too involved with anyone until her divorce is finalized.”

On Dec 14, David Beador requested an order to prevent her from consuming alcohol around their three teenage daughters: Sophie, 17; and twins Adeline & Stella, 14.

The Real Housewives of Orange County star, 54, filed a response to David’s request on Dec. 19.

According to court records — Shannon claims David’s latest request has “no legitimate reason” and “designed to attract media attention and assert control.”

Share your thoughts on Shannon Beador breaking up with Scot Matteson. Sound off in the comments.