Kenya Moore’s covert baby game has seemingly ended with the former Real Housewives of Atlanta star twirling her way into the pages of PEOPLE magazine, AllabouttheTEA.com can exclusively confirm.

An in-the-know source has confirmed to AllAboutTheTea.com that a family photoshoot went down on Friday, November 30.

RELATED: ‘The Thirst Is Real’ NeNe Leakes Calls Out Kenya Moore For Posting Calculated Photo of Her Baby Right Before ‘RHOA’ Aired! 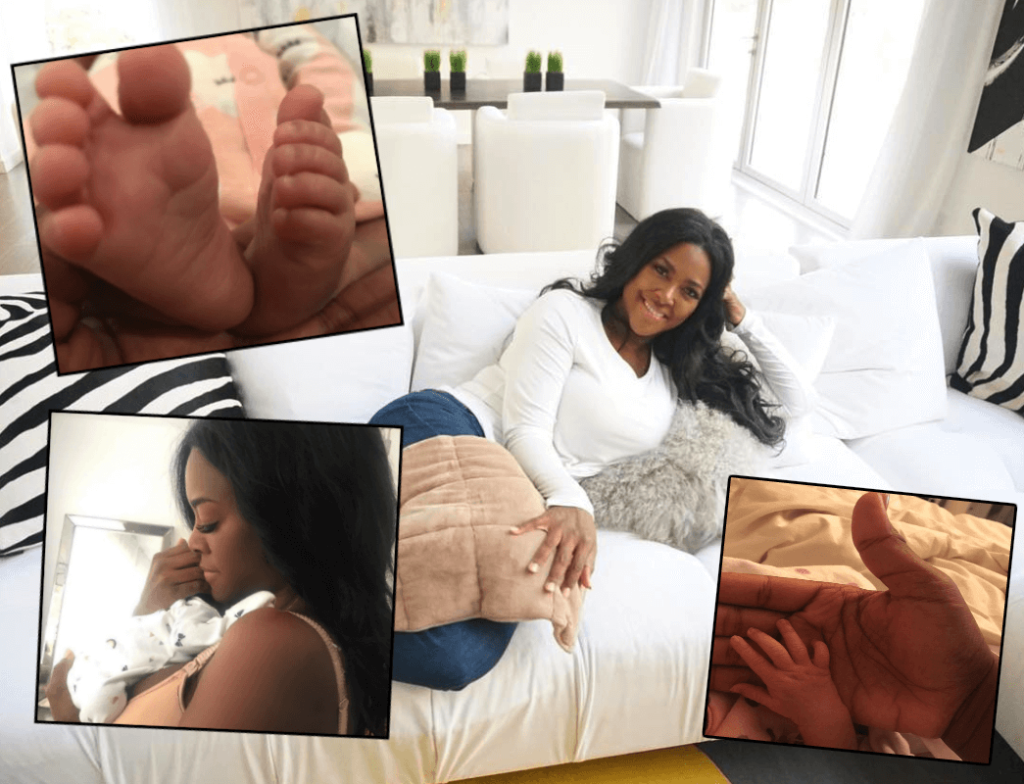 Kenya, 47, has kept her miracle baby’s face a mystery, after allegedly delivering her daughter via c-section, on November 4th.

We’ve also been told that Kenya collected a cool $6k for baby Brooklyn’s big debut, and that the spread is slated to be published before Christmas.

The former Miss USA’s surprise pregnancy ride was announced during the Real Housewives of Atlanta reunion, and the supposed delivery collided with the Season 11 premiere — the ultra perfect timing raising lots of fan eyebrows.

Thank God for my miracle baby, my husband and my life. When you have faith in Him all things are possible. Happy Thanksgiving from the Dalys #love #family #brooklyndaly #baby #preemie #faith #God #Thankful

Fan speculation points to Kenya exploiting her newborn to score a Real Housewives of Atlanta peach — and if true, this photoshoot might be the booted beauty queen’s last shot at a Bravo comeback.