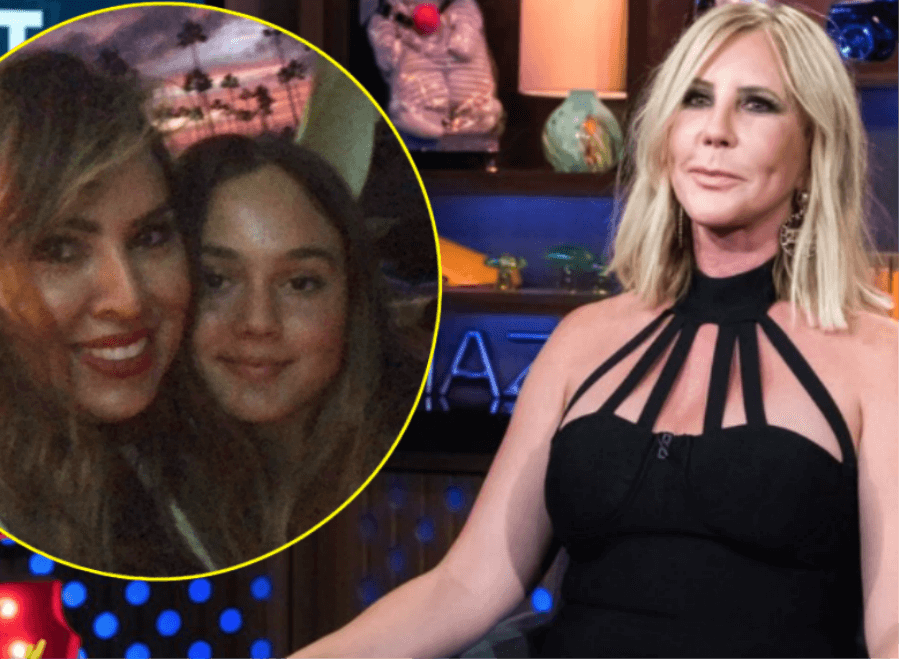 Kelly Dodd inserted her daughter, Jolie Dodd, smack in the middle of a public Real Housewives of Orange County reunion spat with co-star, Vicki Gunvalson — and has landed the 12-year-old in hot water with her private school, Our Lady Queen of Angels.

“I have forwarded the video of Jolie using the curse word to Principal, Julie Tipton [Principal of Our Lady Queen of Angels]. Jolie violated the school’s code of conduct and the matter is under investigation.” A concerned parent confided in AllabouttheTEA.com.

The source continues: “Based on the school’s social media guidelines…Jolie should be expelled. Suspension is not enough. I do not want my child’s school to have a bad reputation because of one student’s bad choices.”

Kelly Dodd, 43, became infuriated after Vicki, 56, accused her of cocaine use and negligent parenting during the mid-season sit-down. Kelly and Jolie took to Instagram after the episode, where the child called Vicki “a bitch.”

According to the Newport Beach K-8 Catholic school’s code of conduct, Jolie violated social media behavioral guidelines when she blasted Vicki, 56, on Instagram.

Below are guidelines members of the Our Lady Queen of Angels community (students, faculty, administrators, and staff) must adhere to in social media spaces, regardless of whether these are considered professional or personal spaces.

Be Respectful
Be Responsible and Ethical

Vicki Gunvalson and Kelly swapped barbs throughout the reunion episode, the discord initially triggered by Vicki’s decision to fix up Kelly’s ex, Michael Dodd. The fallout back-and-forth exploded after Vicki accused Kelly of being a cocaine user and bad parent. Kelly reacted by melting down, snapping at Bravo producers, and crying on the phone to her ex-husband. Kelly has since taken to social media to taunt Vicki, and label her a liar. Vicki fired back, when responding to a fan.

“The fruit doesn’t fall far from the tree,” Vicki quipped.

Do you think that Jolie is headed for the principal’s office?