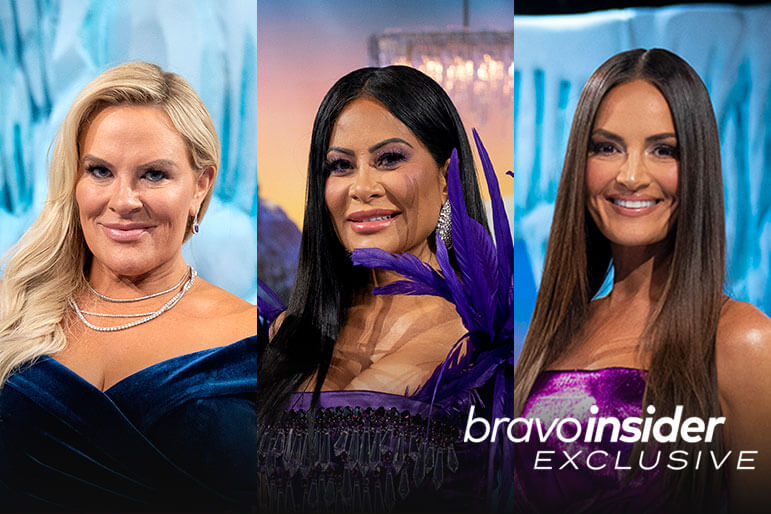 Bravo released a preview peek at the “Real Housewives of Salt Lake City” cast’s reunion outfits on Thursday—and it didn’t take long for fans to sound off about the group’s eclectic fashion choices.

“This might be the worst in housewives history,” another viewer noted.

“What happened to us, we all went through the mid town tunnel and took acid – What the f**k are you wearing like really? 😂” a follower asked.

Whitney compared her own dress to Elphaba’s outfit from “Wicked” and wrote on Twitter that she’s “through accepting limits.”

It appears that Meredith Marks’ reunion look drew the harshest feedback. She chose a teal Christian Cowan suit with sleeves constructed from feathers. Cowan is a mentor to Marks’ son, Brooks, a budding designer.

“Meredith and these damn feathers,” one fan wrote.

“The tailoring on Meridiths outfit is shocking. Someone don’t love her,” another said.

“Meredith has ostrich feather suits in every color,” a viewer noted.

Andy Cohen teased earlier this week that the Utah ladies had been shaken by a “jaw-dropping” revelation, ahead of the reunion taping.

“The women saw the remaining six or seven episodes before the reunion, and there’s something coming up that is jaw-dropping that no one knows about that will rock the foundation of two of the ‘Housewives,’” Cohen revealed on Sirius XM’s “Radio Andy,” on Tuesday.

Cohen said that the women were asked to view the remainder of the season ahead of the reunion taping so they could be prepared to discuss the entire season.

“When you see this play out and you realize that this was shown to the women the day before they shot the reunion and then they had to deal with it at the reunion, you will be quite engaged,” the “Watch What Happens Live” host said.

Cohen teased that the plot twist will go down in one of the next two episodes, which were filmed while the cast visited Zion National Park. There are five or six episodes remaining in the season.

“The Real Housewives of Salt Lake City” airs on Sundays at 9 pm, ET, on Bravo.