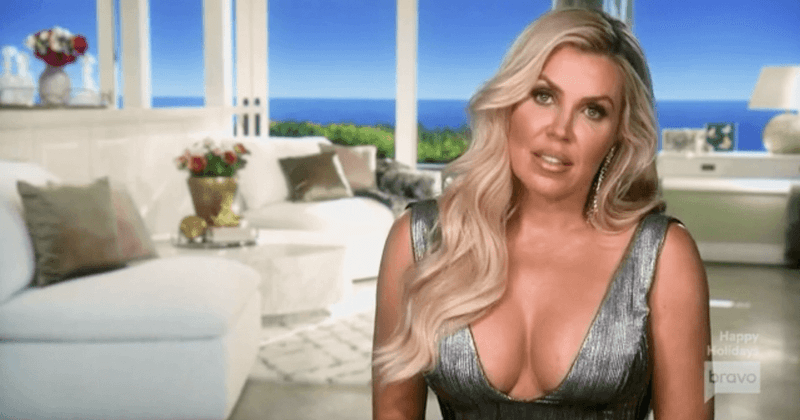 ‘Real Housewives of Orange County‘ cast member Dr. Jen Armstrong has been in the media lately for all the wrong reasons. Dr. Jen is currently suing one of her former employees for passing off her patients’ photos as his own. According to documents obtained by Radar, the reality star is suing Chris Lee for breach of contract and invasion of privacy, among other counts.

Jen Armstrong is suing her former employee, Chris Lee, who worked for her Advanced Skincare Medcenter in Newport Beach. The reality star alleges Lee conspired with Sylvia Nutall to steal Jen’s clients while working as her medical practitioner. According to the lawsuit, Lee only worked for Jen’s practice between September 2021 to December 9, 2021.

According to the 45-year-old star, since Nutall was her office manager, she had access to her contacts and private information. This information is what she and Lee allegedly used to steal some of Armstrong’s clients. Dr. Jen also says Lee took before and after photos of her patients when they came to the clinic and posted them on his social media pages as his own. Not only that, but he also deleted any traces of her practice on his page after she asked him to take the photos down. Chris Lee allegedly did all this to imply he had performed all the medical procedures on the patients he posted on his page.

Dr. Jen is seeking unspecified damages for Lee’s intrusive conduct in her private matters. This suit marks the second time the RHOC star is suing one of her former employees. On December 28, 2021, Dr. Jen filed a lawsuit against Sylvia Nutall for breach of contract. The former office manager is also being charged with stealing medical equipment, invasion of privacy, making false reports, and defamation.

Dr. Jen’s suit comes only a few weeks after being sued for 250k by a former patient, Terri Litzkow. Terri is suing for emotional distress, mental suffering, and anxiety after a procedure left her with facial pains. She also accuses the star of working with an unlicensed doctor, Lee. Another patient, Judy Hetch, is also suing the newest RHOC cast member for medical assault and battery. Hetch is accusing Dr. Jen of injuring and disfiguring her face after failing to fix a wrong medical procedure that was done at her practice.