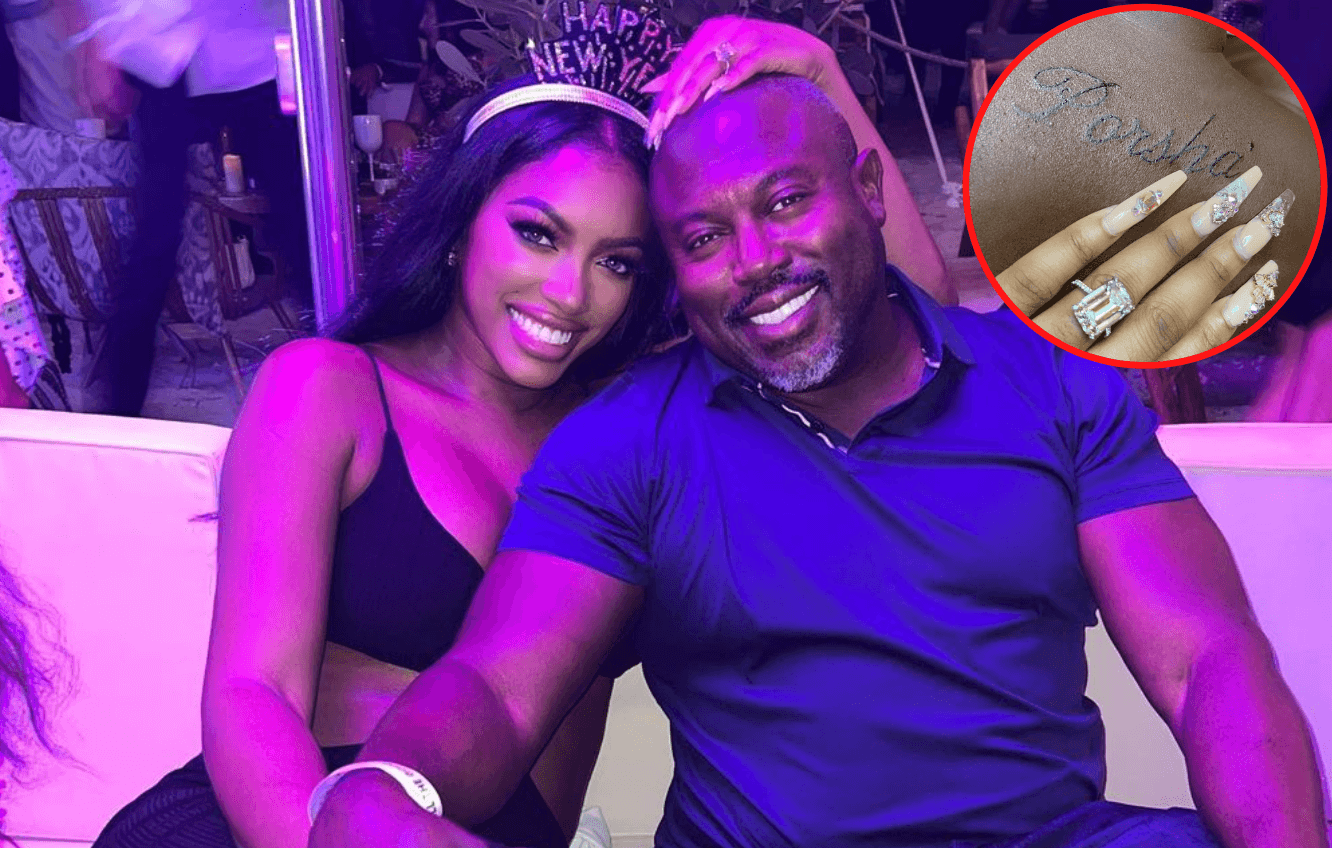 Porsha Williams is speaking out about the blowout fight that was featured on recent episodes of the “Real Housewives of Atlanta” alum’s spinoff show, “Porsha’s Family Matters.”

A dispute between Porsha and her ex and father of her daughter, Dennis McKinley, turned physical during a family retreat, and on Sunday, fans watched Porsha tell Mama Gina, Dennis’ mother, “You heard what I said,” before fists flew. Porsha claimed that Dennis was mistreating her family, and retaliated by throwing plates and trying to club someone with a microphone. Porsha’s fiancé, Simon Guobadia, tried to hold her back, and Dennis was filmed saying—“They went after my mother, yo!”

Producers disclosed on the show that Porsha sent texts to her family members, asking them to keep the altercation hush-hush. Fans reacted to the plot twist by putting Porsha on blast, on social media.

Porsha noted that when it comes to a “man causing physical harm to women” — “That is something we are too desensitized to as a society.”

Porsha explained that her effort to keep the fight quiet stemmed from a desire to “protect” Dennis, his multiple businesses, and their daughter.

“I spoke to some of my family members that were present and decided at the time it was best not to talk about what cameras didn’t get to capture because I was trying to protect Dennis, his business, and therefore our own daughter,” Porsha wrote. “Looking back, that was not the right idea.”

Porsha wrote that she was holding herself accountable for her role in the fight, adding that while she denied assaulting Dennis’ mother, she regretted “arguing with an elder.”

“I take accountability for reacting strongly to what I was seeing and hearing,” the Bravo star said. “While I was not physical with Ms. Gina, I regret to arguing with an elder. We’re six months removed from this incident and I’m looking forward, not backwards.”

Porsha’s cousin took to Instagram to call her out, writing—“I don’t care who you are..you don’t disrespect anyone’s mother, you don’t call someone’s mother out their name and you definitely don’t try to put your hands on anyone’s mother.”

She also accused Porsha of “messing around” with a married man, while addressing Porsha and Simon’s controversial relationship.

“I don’t agree with messing around better yet being engaged to a married man which I told her my thoughts. And her response (amongst a few other words) “be blessed” and oh have the Lord been blessing me.”

Simon put out a statement on social media, predictably siding with his fiancée.

“No man or woman should promote the narrative that abuse is EVER okay,” Simon wrote. “For those who are unfamiliar with what “abuse” means, abuse is when someone causes us harm or distress. It can take many forms, ranging from “disrespect” to causing someone “physical” or “mental pain”. When we excuse this behavior, It is the equivalent of putting a lipstick on a dog. Let’s elevate the conversation in our community.🙏🏾”

Porsha revealed on Sunday that Simon had gotten his first tattoo while on vacation in Costa Rica, inking her name on his back.

“Awe I’m so excited your very first tattoo is my name,” Porsha wrote on Instagram, posting photos of Simon getting the tattoo. “My ride or die through thick or thin, this love will stand strong until the end.”

Porsha had Simon’s name tattooed on her neck less than one month after their bombshell engagement. She told her Dish Nation co-hosts at the time that she believed it was “a great way to show when you love someone.”