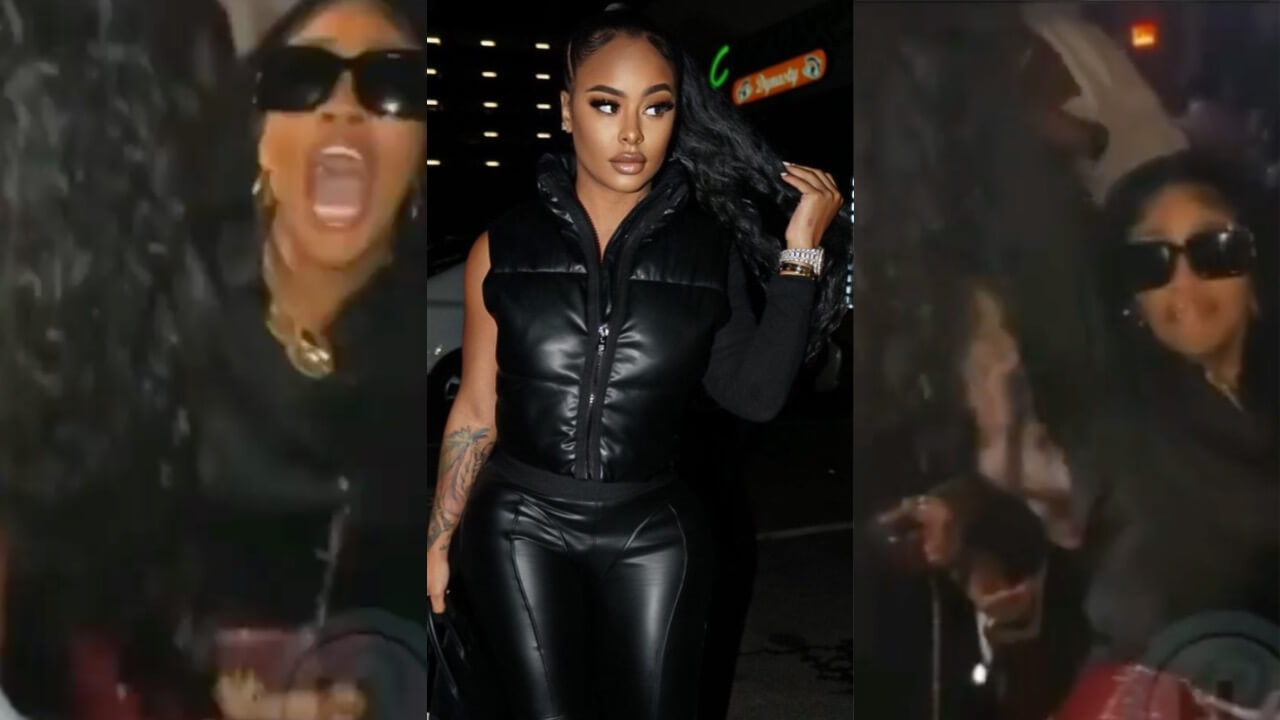 The feud simmering between Akbar V and Alexis Skyy exploded on Wednesday night at Saucy Santana’s album release bash. The musician was celebrating his new album, “Keep It Playa,” when a scuffle broke out between the Love & Hip Hop stars.

Akbar allegedly snatched a wig off Alexis Skyy’s head, according to a surfaced video that revealed Akbar holding a wig while partying to a Latto song. She alleged that the wig’s owner was Alexis Skyy while explaining what went down on Clubhouse.

“Everybody wanna look at me like I’m the bully. I’m not the bully and I’m not the victim either,” she said. “This is a lot that y’all don’t be seeing. And a lot of people wanna be biased because she has a special needs daughter and they can’t get it out their head when I said the baby came out r*tarded because of what she did. We were at Santana’s release party and I really didn’t wanna talk about this on the internet. She know what happened and I do too.”

As reported in July—Akbar apologized to Alexis Skyy’s daughter after drama popped between the Love & Hip Hop stars, in June. The reality stars almost came to blows in late May after crossing paths in the same club. Lira Galore was also involved, siding with Alexis Skyy as the incident unfolded. The reason behind the dispute was unclear.

A Twitter war ensued and things took a dark turn when Akbar V made some shameful comments about Alexis’ daughter, who has special needs.

Akbar went on an unhinged rant in a released video, where the VH1 star cut down Alexis’ daughter, Leighleigh. Akbar called the child “retarded” and “brain dead” in the disturbing video. She took it a step further when she implied that the little girl’s disability stemmed from Alexis’ supposed drug use during her pregnancy.

Her diatribe continued—“Take care of your kids, b***h. You was sleeping on my sofa homeless–b***h stop playing with me. While you was pregnant, you was in Miami on a boat… Now y’all h*es wanna make it seem like I’m the f***ing bad guy when I start airing b****es out. Your daughter is r*****ed because of you. Tell the truth! You had cocaine in your system–tell the truth!”

Alexis Skyy’s rep spoke to “The Neighborhood Talk,” after the recent videos spread like wildfire on social media.

“That girl did NOT touch Alexis. Akbar was behind me and Alexis was 4 people up with TWO security guards on her,” the spokesperson claimed. “Security was tryna grab Alexis and accidentally grabbed her ponytail while tryna grab her shirt. [Akbar] grabbed it off the ground! If it was a fight video, that would be what’s online. She’s lying! The security pulled Alexis’ hair by mistake. She had on a ponytail. This is an entire lie.”

An additional video later surfaced which revealed Alexis seemingly corroborating Akbar’s story. She said—“She just took my ponytail off!” Another video appears to show her cohorts comforting the influencer and assuring her that no video footage was captured during the alleged wig snatch.