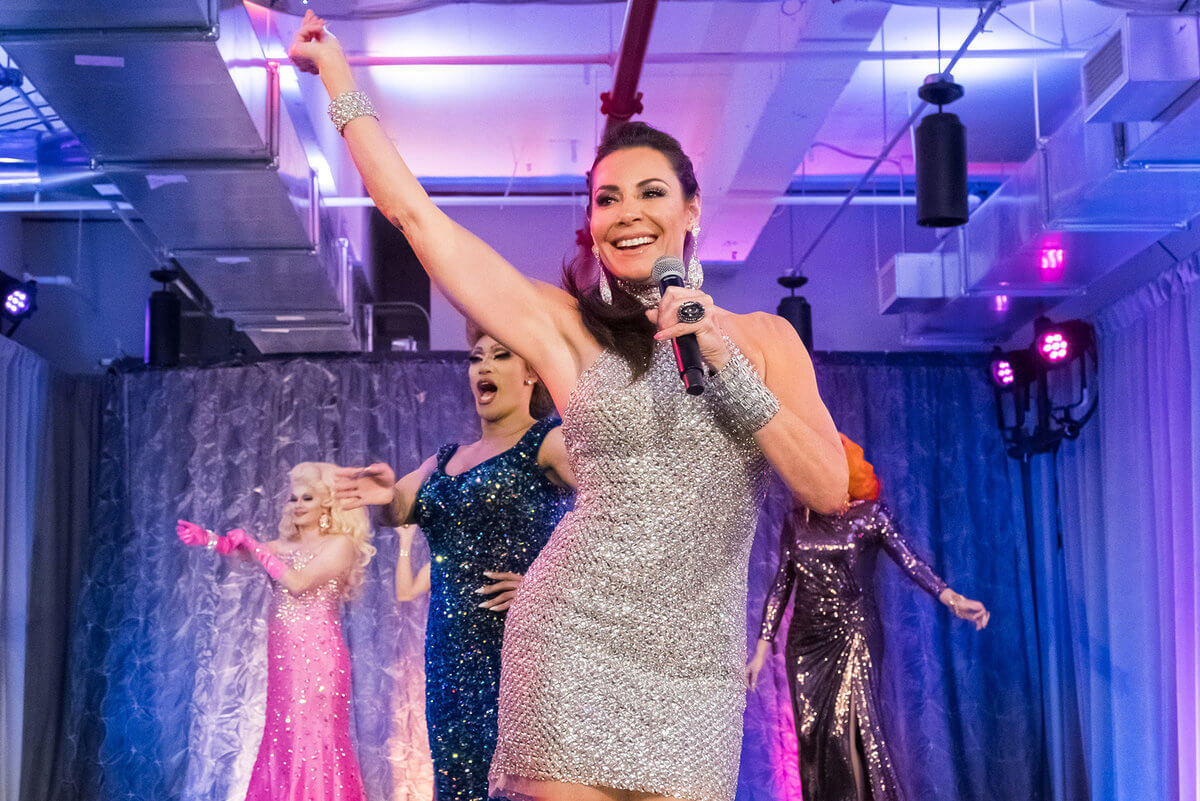 Luann de Lesseps is expanding her repertoire with a rap single. The “Real Housewives of New York City” star recently spoke to Page Six about her new song, a single titled “F-Bombs on the G (With the OGs).” Luann, 56, was reportedly inspired by her experience while filming the Peacock spinoff series, “Real Housewives Ultimate Girls Trip.”

“I talk about the [Cynthia Bailey’s] Bailey-Q [event], I talk about sailing from sea to the shore on the yacht,” the Bravo star told the outlet about the track’s lyrics.

“I talk about F-bombs on the G with the OGs! It’s so much fun,” Luann quipped.

The new song came about after “Real Housewives of Atlanta” star, Kenya Moore, recalled her expletive-laced spat with RHONY’s Ramona Singer, which occurred on a private plane while en route to Turks and Caicos.

Luann, who has enjoyed musical success with hits like “Money Can’t Buy You Class,” “Chic C’est La Vie, and “Feelin’ Jovani,” was reportedly inspired,  and began working on the follow-up to her latest single, “What Do I Want for Christmas?”

“I went into a writing session and I showed pictures of the [‘RHUGT’] trip, talked about the trip with a producer friend of mine, who wrote ‘Money’ and ‘Chic.’ And we produced this new song” she said. “The fans are going to flip!”

The reality star revealed that she will use “Countess Lu” as her hip-hop nickname.

Luann confirmed that her plan to release “F-Bombs on the G” is in the works, and added that the tune will be set against footage of the “Housewives” getaway.

“We’re putting together a little video with Bravo with excerpts from the trip to match up to the music,” the reality star revealed.

Luann shared that she plans to add the song to her future live cabaret shows. Her current Christmas tour is set to wrap at the end of this year.

“I just had to write that song,” the reality TV veteran said. “This song is going to be the bomb.”

Luann’s news comes after Bravo exec, Andy Cohen, revealed that he and his team had paused RHONY production after a ratings crash and a canceled reunion series.

“We are kind of on pause at this moment. We have a lot of casting happening and we’re looking at every option,” Cohen explained, during a November appearance on “The Wendy Williams Show.” “We are working on it. I love New York. We all love New York.”

Cohen called the debut season of “Ultimate Girls Trip” “amazing,” and “wild.” He added that viewers would see “wall-to-wall drama” in Season 2.