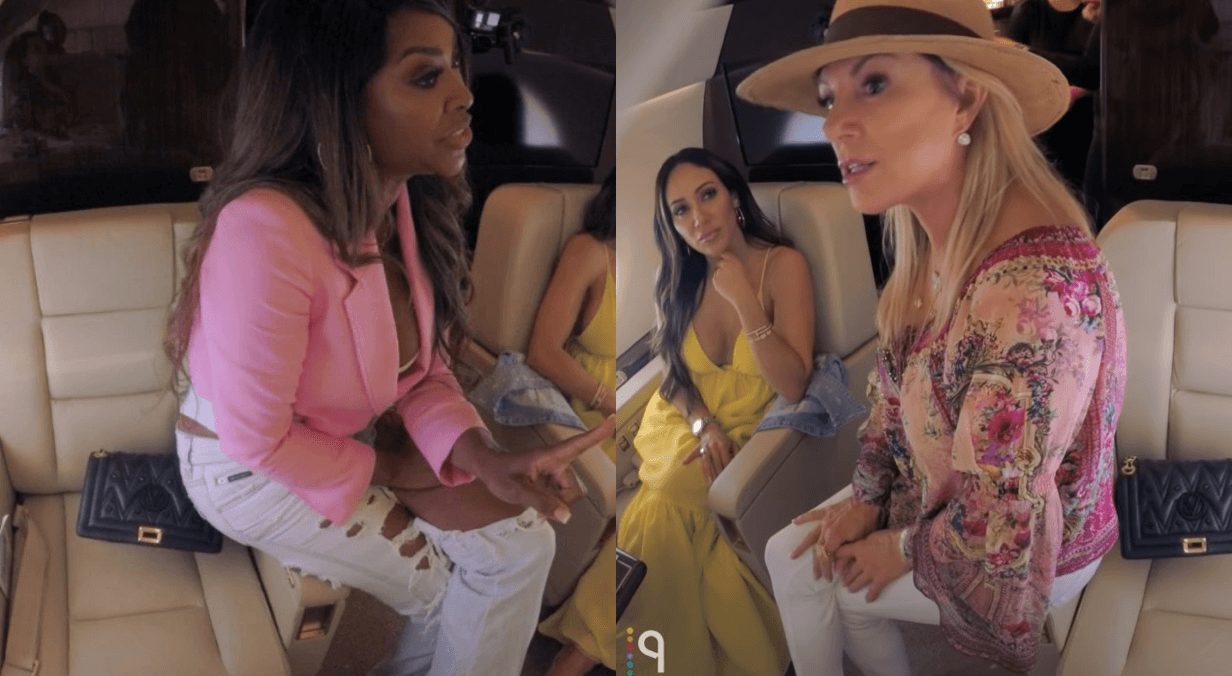 Ramona is taking heat for repeatedly calling Real Housewives of Atlanta star, Kenya Moore, by the name of Kenya’s co-star, Porsha Williams. Porsha is not part of the RHUGT cast.

The show features several iconic Bravo stars across multiple franchises vacationing in a tropical paradise. The first few episodes have been released and Ramona is already being slammed for confusing one Black woman for another.

Ramona declared in her defense—”I don’t really know Kenya! I only know Porsha. I haven’t really watched the show this season.”

Real Housewives of Beverly Hills star, Kyle Richards, later noted that fans predicted that Ramona would misspeak, with one viewer writing on Twitter — “Not even twenty minutes in the episode and Ramona called Kenya ‘Porsha.’ She definitely said that s–t about Eboni.”

Another fan commented — “Ramona certainly said that. I knew Ramona was racist when I first saw her behaviour travelling outside of the US…”

“That s–t about Eboni” refers back to an allegation levied against Ramona that reportedly sparked an inside investigation.

Multiple insiders reported that Eboni K. Williams, RHONY’s first black cast member, filed a formal complaint against Ramona in the weeks leading up to the scheduled reunion taping. The reported objective of the inquiry was to look into an alleged comment made by Ramona, which Eboni believed was racially motivated. Eboni claimed that Ramona commented—“This is why we shouldn’t have Black people on the show.” Sources allege that Ramona made the remark after a fight exploded at Luann de Lesseps’ house in the Hamptons. The cast and crew were supposedly interviewed amid the probe, and Ramona was eventually cleared.

Ramona denied the allegation, commenting—”I never said that. It’s a terrible lie. It’s very disappointing that even after my name was cleared that people still want to slander me.” She added that a signed NDA was preventing her from speaking more on the matter.

Ramona’s identity gaffe was not the only drama that exploded between the RHONY star and Kenya Moore. The duo kicked off their Caribbean getaway with a heated exchange on a private plane, which led to Ramona calling Kenya “a bitch.” Ramona lashed out after Kenya accused Ramona of flirting with another man while still married to her ex, Mario Singer.

“I was getting f–king divorced, bitch,” Ramona screamed at Kenya, to which the surprised RHOA star said, “Excuse me?”

Ramona went on to claim that Kenya was “putting words in [her] mouth.”

Kenya later said in a confessional spot that it was upsetting to be “called a bitch” by a “near-perfect stranger.”

Kenya spoke to Page Six about the squabble last week.

“In the beginning, she just seemed to be very rude. She cursed at me within 30 minutes of meeting her,” the Bravo star explained.” “I’m not going to get along with someone who is just so blatantly disrespectful.”

“Maybe she doesn’t know my street cred, but she found out,” Kenya added.

The first three episodes of “The Real Housewives Ultimate Girls Trip” are now streaming on Peacock.