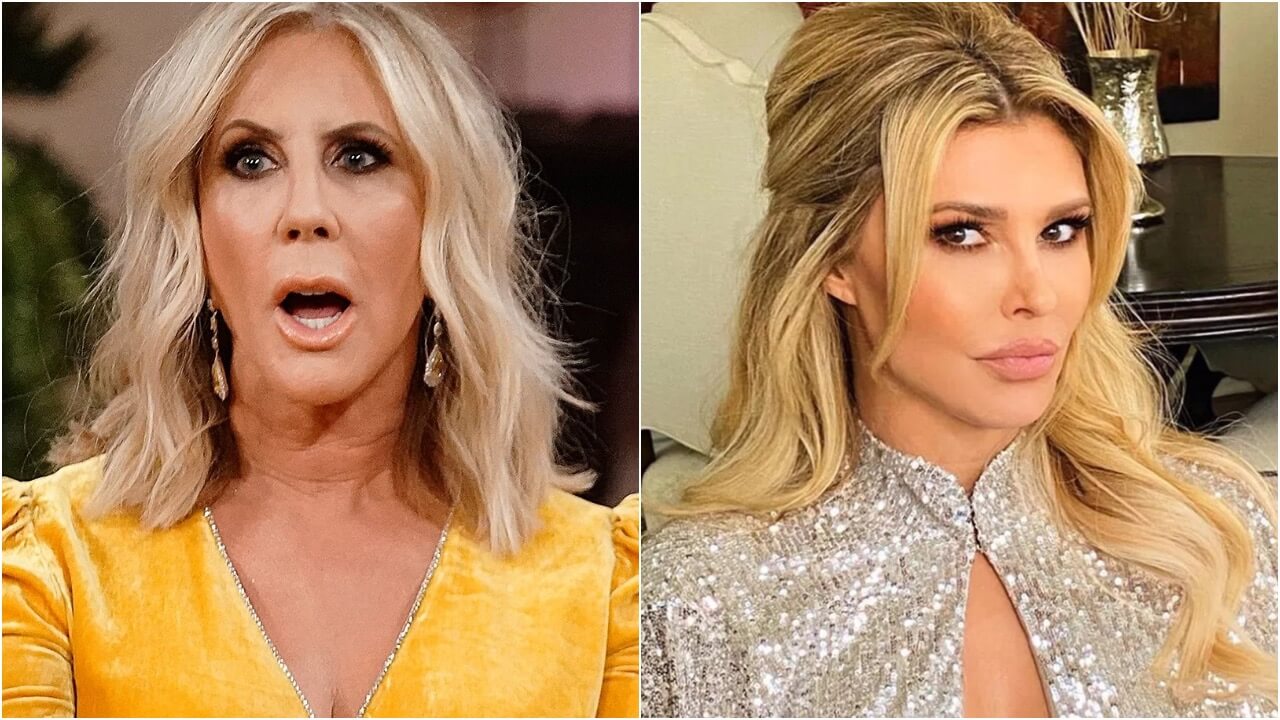 Vicki Gunvalson has revealed that some drama went down between herself and Real Housewives of Beverly Hills alum, Brandi Glanville while filming Season 2 of Real Housewives Ultimate Girls Trip.

The former Real Housewives of Orange County star appeared on “The Slut Pig” podcast and told Christian Gray Snow that she shut down Brandi twice while filming the Bravo spinoff series.

“I did not know Brandi before this,” Vicki explained. “So Brandi and I did not hit it off in the very beginning. She told me to shut the f–k up like twice, and I almost did a table flip.”

Vicki explained that she made it clear that it was unacceptable to talk down to her in any way.

“I was out of my mind, and she told me that the second night, and I thought she was very clear that I don’t get talked to that way,” the former Bravo OG continued. “Nobody should be talked to that way. It’s not that I’m privileged. It’s just nobody should say that to anybody. So I kind of went psycho bit– on her.”

Vicki’s comments come a couple of months after a report alleged that she went on a rant in opposition to the Covid-19 jab while filming the series. The former Bravo star reportedly butted heads with Real Housewives of New York alum, Dorinda Medley, who is a vocal supporter of the shot.

“She wouldn’t stop fighting about the shot and really got into it with Dorinda. Vicki told Dorinda that everyone who got the vaccine is going to die,” a source told Page Six, in September.

The insider added that Vicki’s point of view had “nothing to do with religious reasons.”

“She just kept saying, ‘Everyone who got the vaccine is going to die!’” the tipster revealed.

The second season of the “Housewives” spinoff show was filmed at Dorinda’s home in the Berkshires—Blue Stone Manor—and took a total of eight days to shoot. Season 2 wrapped in late September, according to a second production source.

Vicki’s fights with Dorinda over the shot reportedly “stood out the most,” according to a third source.

“It will likely be a big storyline. The show is going to be incredible. They captured great stuff,” the snitch dished.