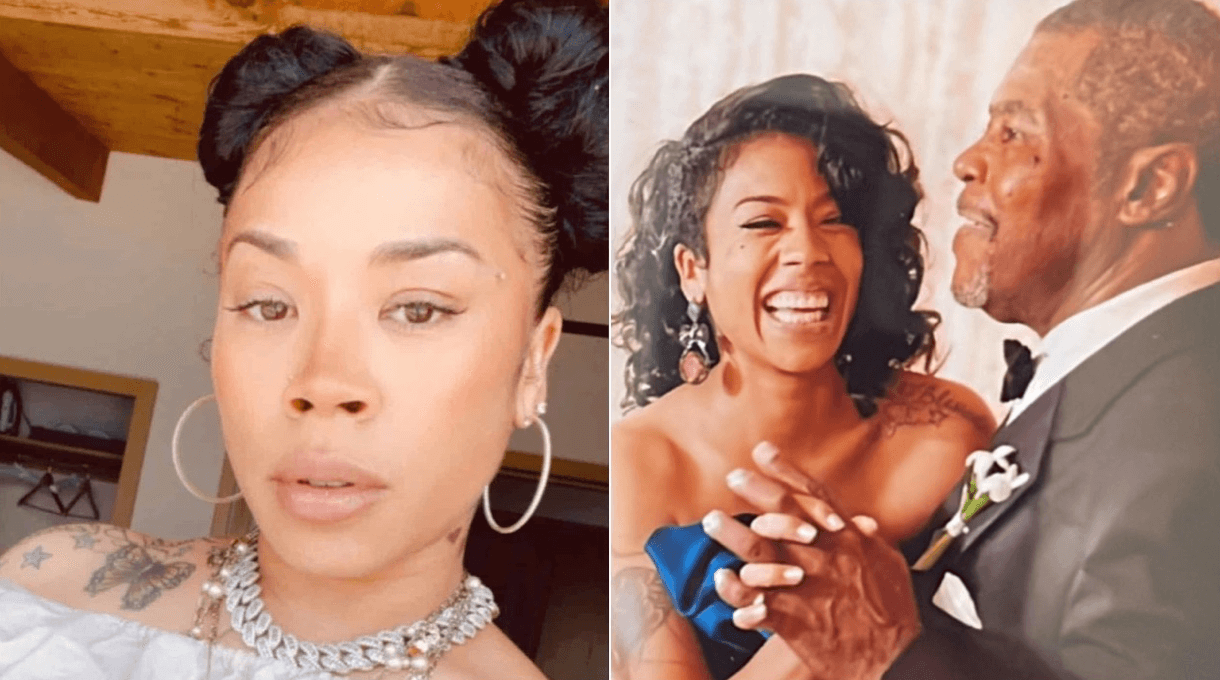 Keyshia Cole’s adoptive father has died. Leon Cole lost his battle with COVID-19 only months after Keyshia lost her biological mother. The singer shared the news on Instagram on Monday, that the only father she’s ever known had passed away from the virus. The artist spoke about her father’s devotion to his family in the heartfelt tribute, reminding her followers that he was not her biological parent.

“He made sure (Even tho he wasn’t my biological father) to keep a stable foundation and roof over all of our heads during our upbringing!!!!” Keyshia wrote.

Keyshia highlighted her father’s dedication to teaching and sharing his opinions on work, education, religion, and relationships.

“Taught me and my siblings that knowledge is power!! He was very dedicated to learning and sharing his strong thoughts and opinions on the Bible and religion, and His loving passion for Yahweh Elohim🙏🏽,” she shared.

Keyshia noted their “many long talks of love and how a man needs to treat a woman.”

“Seriously the most loving guy I’ve ever known. And he’s gonna be missed so much! I hate that this has happened !!! And that I’ve now lost two beautiful souls within a few months from each other,” she added.

Keyshia’s birth parents gave her up for adoption when she was two years old. The Coles adopted her and were the driving force behind her music career. Keyshia grew up in Oakland, California.

Per TMZ— “Frankie overdosed at her Oakland home Sunday … the same day she was celebrating her born day, when she apparently took drugs while partying — relapsing on what we’re told was a long, hard-fought journey to sobriety.”

The report continued—“Sam also says the family wants the world to remember Frankie as someone who loved her kids, and who wanted her children to be together … despite their turbulent history.”

Keyshia’s sister, Elite Noel, first broke the sad news on her Instagram Stories. Frankie’s drug addiction was a key storyline in Keyshia Cole’s BET docu-series: “Keyshia Cole: My Life.” The R&B singer openly discussed her mom’s journey to sobriety, in the documentary. Frankie Lons had Keyshia when she was just a teenager and turned to drugs shortly after her birth.

In 2018, Keyshia posted a video of her mother alongside a caption offering encouragement to people dealing with family members struggling with addiction.

“This was 2 1/2 years ago. Every time my mom relapse, it breaks my heart more than it’s already been broken. I’m hoping if any of you are dealing with a family member who’s battling with drug addiction, that you, yourself, are learning how to cope with the struggle of it all. And all the pain it brings to see a loved one constantly relapsing. See them go back to the streets Because that’s what they’re used to or would rather be. I really miss you! And will always love you #FrankTheBank.”