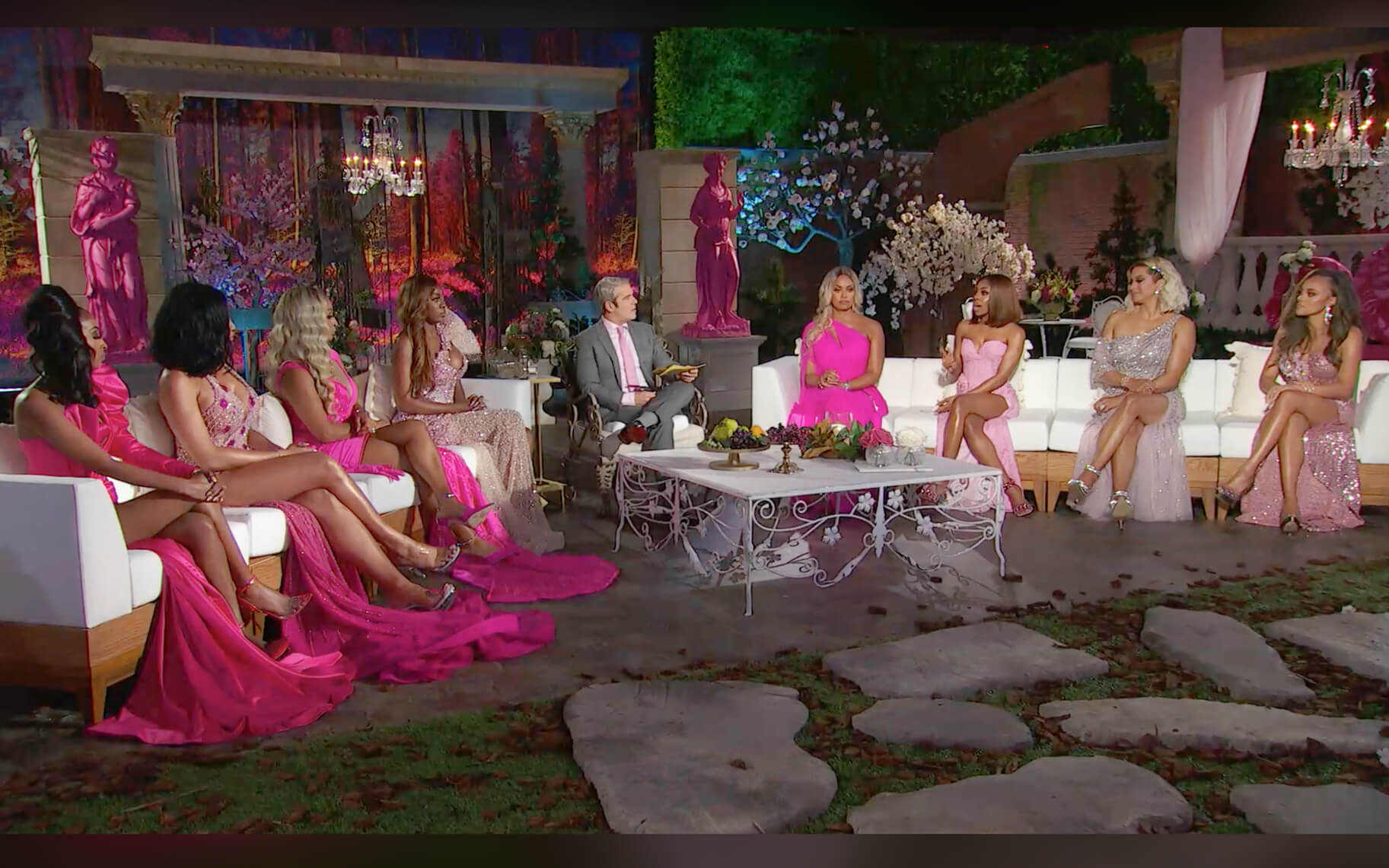 The surprise cameo came at the end of the trailer, after the ladies swap insults and Wendy, 37, pulls out a supersized receipt of a text exchange (mentioning All About The Tea) she had with Robyn, 42. Andy Cohen gets down to business when he tells Gizelle, 51, “Jamal owes $800,000 in taxes,” calling out the reality star’s ex-husband and father of her three children.

“You were Mrs. Bryant at the time. I would say lawyer up,” Karen, 58, quips, adding—”And come back and get your ass.”

Cohen shifts his focus to Candiace’s husband, Chris Basset, asking—”Did you try and holler at Mia?”

Several of the women accuse Mia of “lying” about her alleged history with Chris, and Mia responds by calling Candiace a “nasty hood rat.”

The cast weighs in on Gizelle’s failed reconciliation with her ex, and some of the ladies become emotional.

“I don’t believe in my heart that you should have gone back to him,” Karen says.

Nicki, 38, makes her gleeful entrance at the end of the trailer, much to the delight of the Potomac women. The preview teases Nicki’s much anticipated appearance as the performer puts the ladies on notice.

“We’re not getting away with that nonsense today, baby,” the recording artist informs the group.

Watch the first look below!

As reported—Nicki gave fans an inside peek into her surprise appearance, during a post-reunion Instagram Live session. A fan shared the video of the rapper telling her followers that she “went for the jugular,” on Twitter.

The Real Housewives of Potomac four-part reunion series kicks off on November 7.