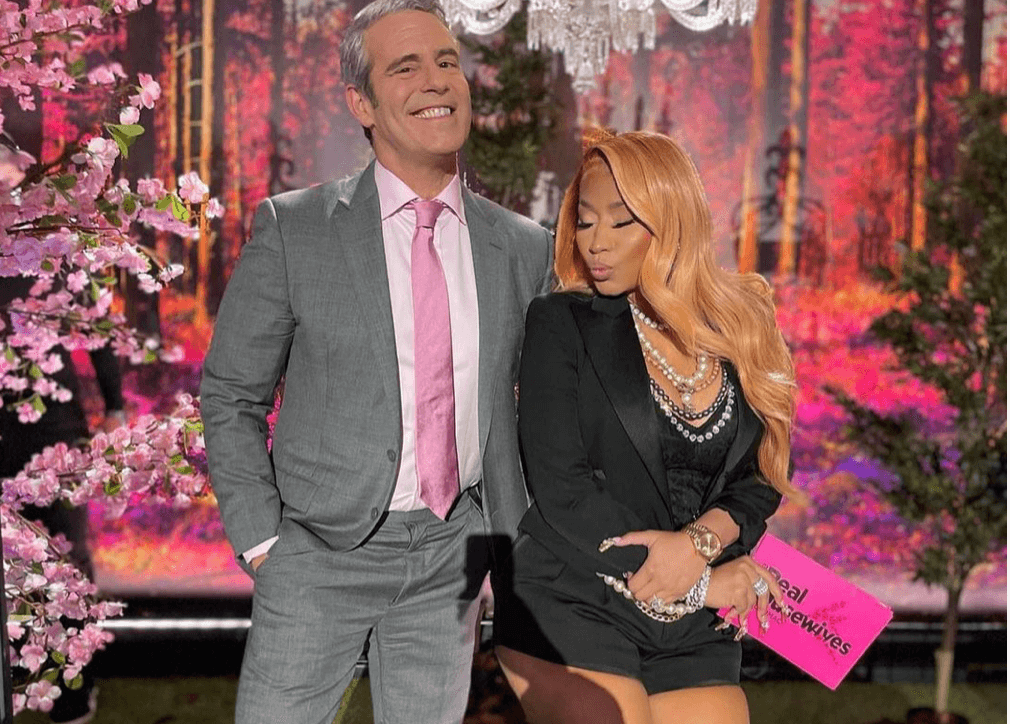 Bravo made Nicki Minaj’s dream come true when the network invited her to take the stage during the recently filmed Real Housewives of Potomac reunion. The rapper reportedly took aim at Candiace Dillard Bassett during her surprise cameo appearance, according to a new “Hollywood Life” report.

As reported—Nicki Minaj, 38, pitched her idea to host the fall reunion series on social media, in July. The rapper sounded off about hosting the Season 6 sit-down and caught the attention of reunion regular, Andy Cohen, who appeared to consider the host swap.

Bravo stars sounded off about the surprise RHOP plot twist.

“I need to know the date of the reunion so I can clear that week to prepare… Yasss @nickiminaj @bravoandy #Rhop,” Real Housewives of Atlanta star, Porsha Williams, commented.

Gizelle Bryant spilled that it “was fire” to have the artist on the set during the post-season chat session. She also revealed that the ladies had no idea that the popular singer would be in the mix.

The famous rapper follows her favorite “Housewives” on social media, including Karen Huger and Robyn Dixon, and has been outspoken about being a RHOP superfan.

The Bravo cast reportedly knew that Nicki might show up if her busy schedule allowed it.

“They knew it was a possibility,” the insider added. “But her appearance was saved for the very end as a total surprise.”

Nicki enlisted her fans—whom she calls “The Barbz”—to assist her in coming up with some hard-hitting questions for the RHOP cast.

“She asked the ladies 3 or 4 questions that were sent to her from The Barbz into her DMs off social media,” the snitch dished.