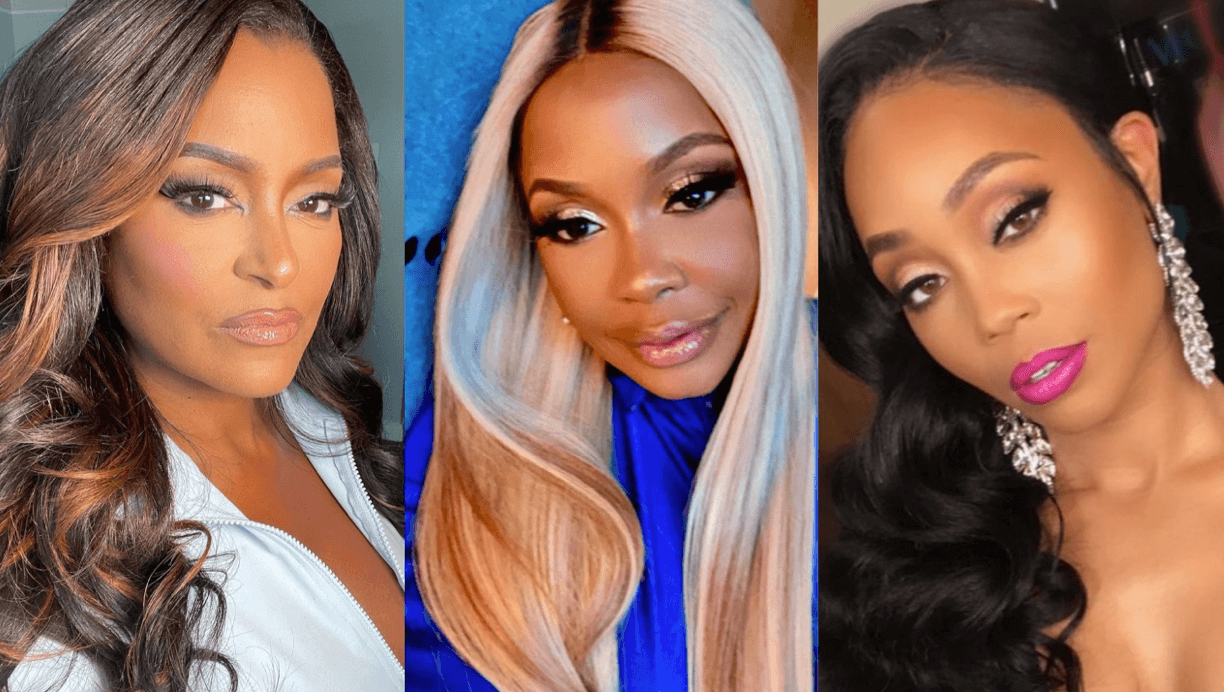 Phaedra Parks has fired back at Real Housewives of Atlanta alums, Claudia Jordan and Shamari DeVoe after the duo shaded the former reality star during a recent Instagram Live session. The pair dissed Phaedra amid rumors that RHOA producers were considering inviting the lawyer back to the Bravo show. Claudia and Shamari are currently filming reality series, “VH1 Couples Retreat.”

The former RHOA stars appeared boozed up during the online gab session, as they weighed in on the current status of RHOA while throwing shade Phaedra’s way.

An Instagram user quipped that the duo should return to the franchise to “read” Phaedra, and Shamari agreed with the idea.

“Trust me, we will read Phaedra,” she said.

Claudia took it up a notch and questioned Phaedra’s multiple career paths.

“Is she still a lawyer? Or a mortician?” Claudia asked.

“Win a case win.. a case. They gon’ say I’m messy,” she added, referencing a reunion exchange that went down between Phaedra and Cynthia Bailey, during Season 7.

“Not win a case,” Shamari chimed in.

“She lost all of Bobby Brown’s cases. Has she ever won a case?” the Bravo alum asked.

Phaedra Parks—who is famous for her own shade-throwing skills—posted her response to the mean girl remarks on Instagram. Phaedra informed the pair that she recently added “actress” to her resume. She added a pointed hashtag to her response—#sober.

“Some of the girls are begging for work and pleading for attention. Thank you Lord for all of my jobssssssssssss ?? Now you can add #actress to the list?#booked #busy & #sober,” Phaedra fired back, before promoting her new project.

#COVENANT is 4-part anthology series for anyone who has experienced love, betrayal, revenge, or redemption — and relied on faith to see them through. Created by Kaye Singleton @kaye.s Don’t miss the series premiere next Thursday, October 14 exclusively on ALLBLK!#CovenantOnALLBLK”

Claudia responded to Phaedra’s comeback via a video share.

She said—“Me and a girlfriend of mine went live. We were drinking, it was late. We worked 14 days in a row hard and now there’s like a little bit of a tit for tat going on and I could read with best of them but I don’t want to… like all the stuff I know I don’t want to but if you push me I will. And this particular thing ain’t really about me. The jab you gave me was weak but the thing you said about my friend was a low blow and I know you know about blowing on air mattresses so don’t do that. Don’t do that to my friend.  I will put my neck out for someone who I think don’t deserve it.”

A post shared by The Peach Report Daily™ (@thepeachreportdaily)

Claudia continued—“I don’t like that s*** and it’s not cool don’t be at events preaching women’s empowerment and protect black women and then be a total c*nt online with it cause honey you have a lot more things I can come for than you have on me. I got some coins and a bad mouth.”

Claudia then took to her Instagram Story and posted a collage of rumors that have seemingly circulated about Phaedra.