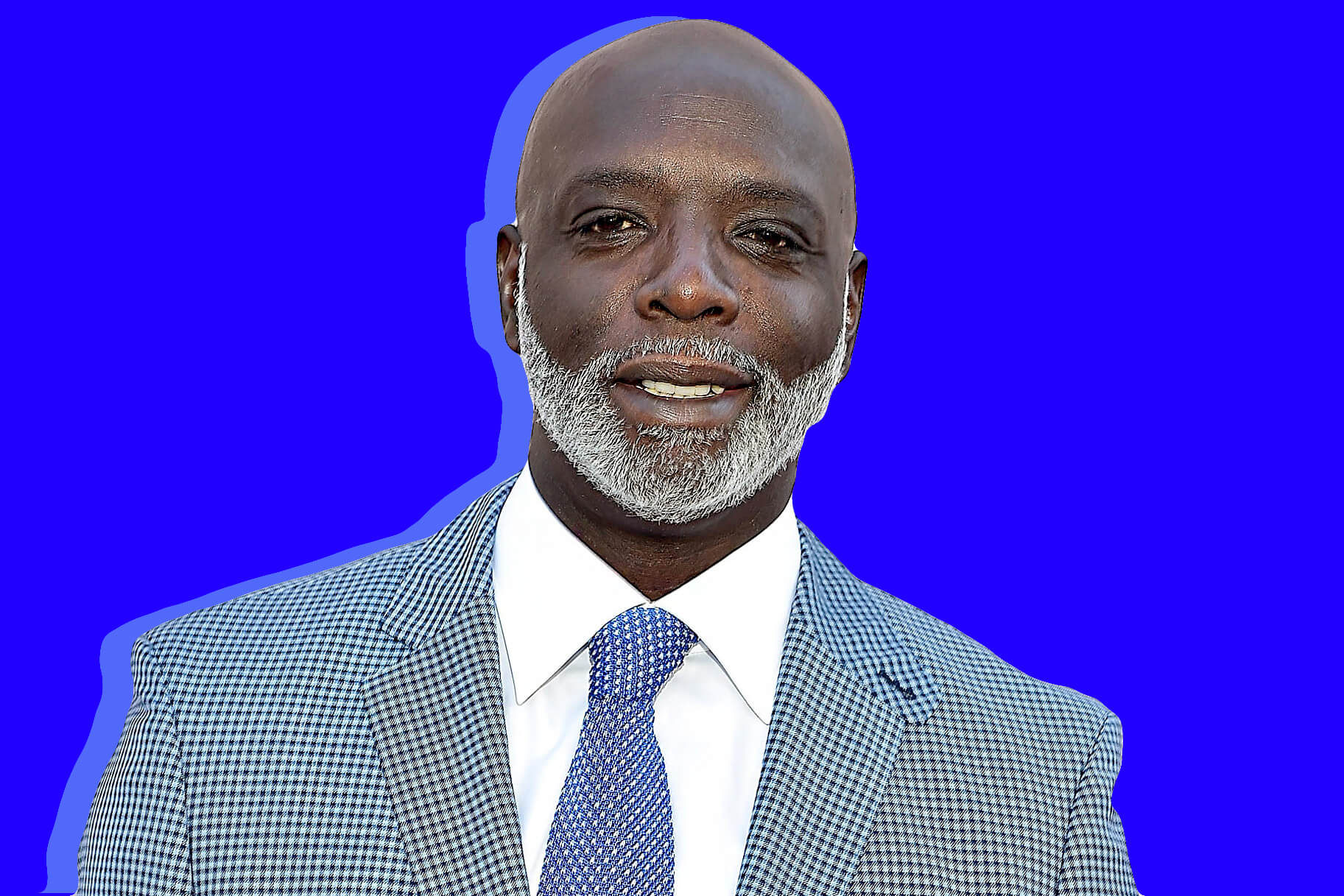 Cynthia Bailey’s ex-husband, Peter Thomas, is once again being accused of writing bad checks and having his bank accounts frozen by the IRS.

The ex Real Housewives of Atlanta star was exposed on social media by an employee of one of Peter’s Bar One restaurants. The person accuses the restaurateur of bouncing three paychecks against their bank account. 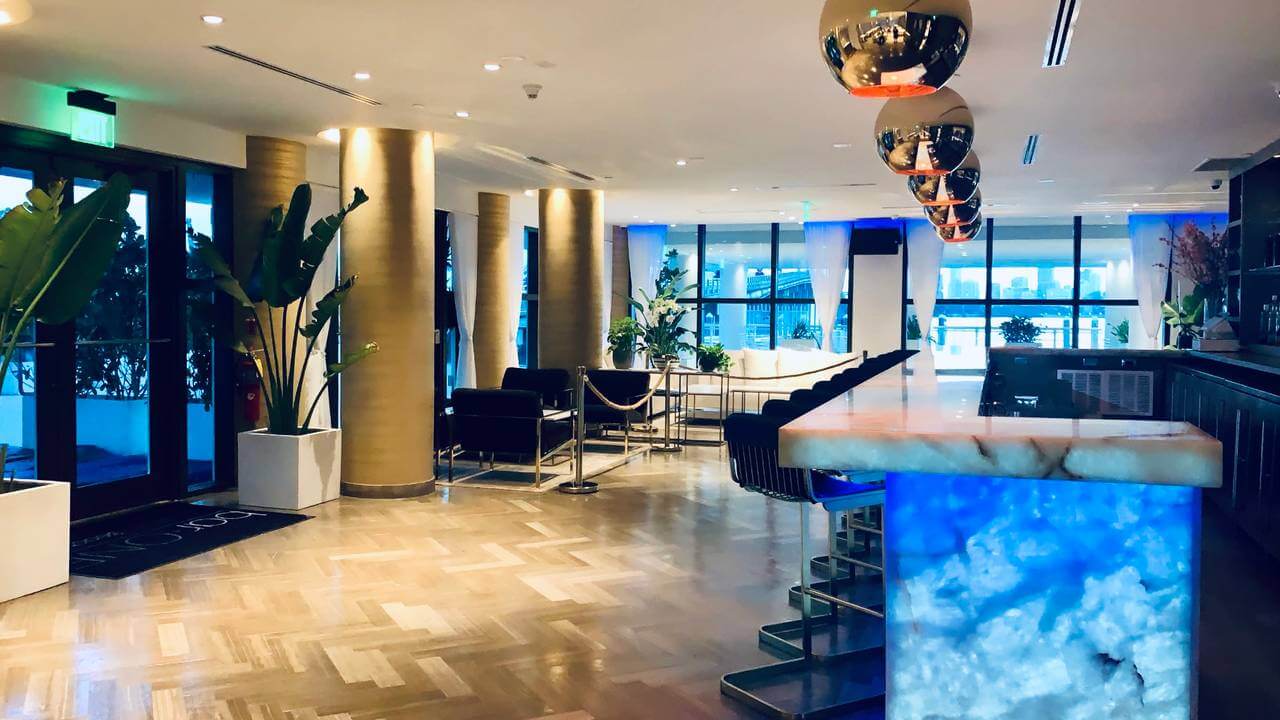 The concerned parent wrote, “So Peter from housewives who used who used to be married to Cynthia Bailey owns Bar One in Charlotte, NC, Miami and ATL. Apparently their bank accounts have been frozen…probably by the irs and they ow [sic] their employees money from bounced checks. My daughter is one of the employees. They bounced 3 check on her account. Less than $500!” Read below. 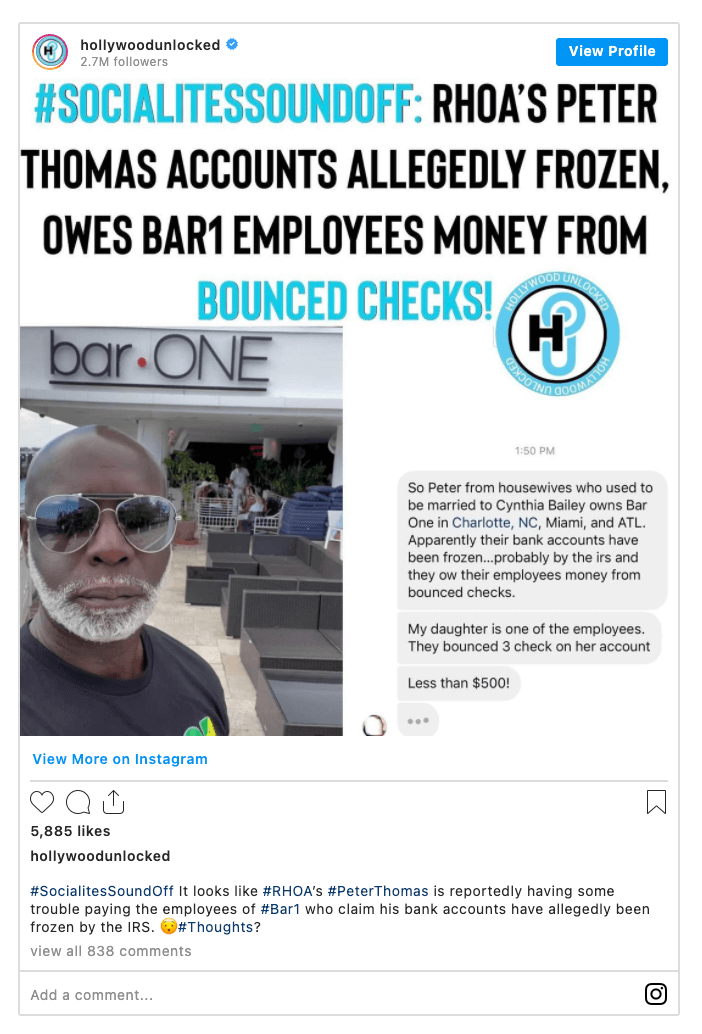 Peter Thomas responded to the scathing allegations in Hollywood Unlocked’s comment section — he wrote, “@hollywoodunlocked, Irresponsible journalism is nothing but trash”

A few hours later, Peter posted a video on his Instagram page, dismissing the claims as, “bullshit” and referring to his accusers as “worthless devils,” but does not flatly deny the accusations. Press play below to watch.

This is not the first time Peter Thomas has been accused of fraud — he has a very shady legal past.

As previously reported, Peter was sued for defrauding an investor/friend of $150,000 in 2016, owes hundreds of thousands in business-related taxes, was once arrested for drug possession and issuing worthless checks, a felony. 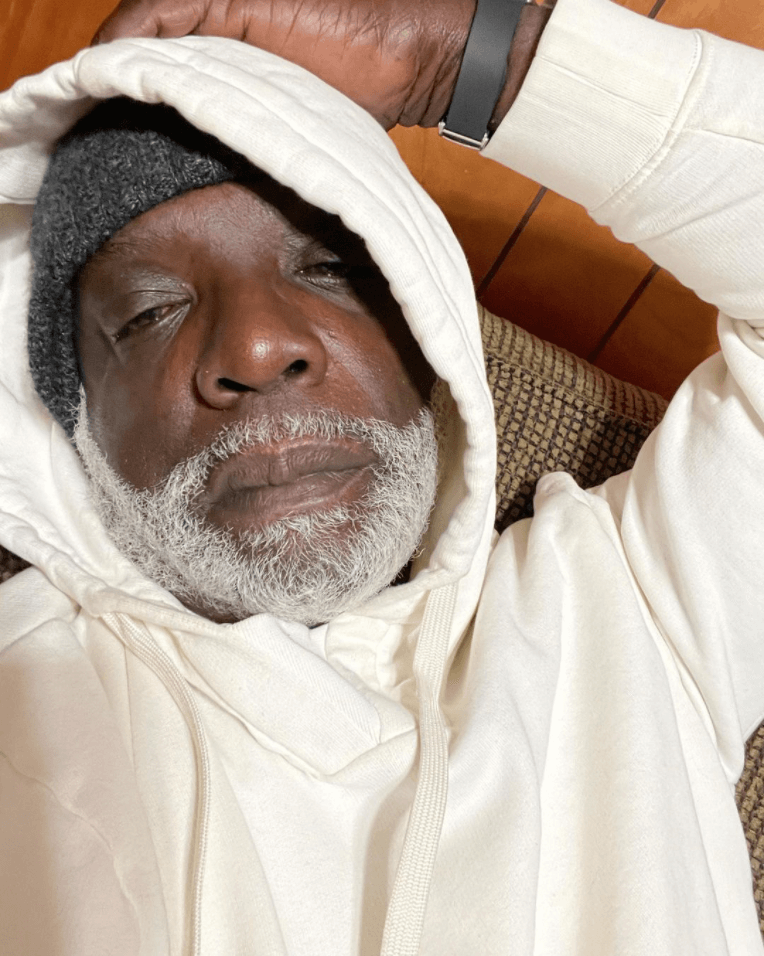 Cynthia Bailey split from Peter a few years ago amid rumors the restaurant owner had cheated on her.

Fans saw Peter get married to Cynthia in 2010 on the Bravo reality show’s third season. But their marriage collapsed on camera. The two separated in 2016 and their divorce was finalized in 2017. Cynthia has moved on romantically, marrying Mike Hill in 2020. 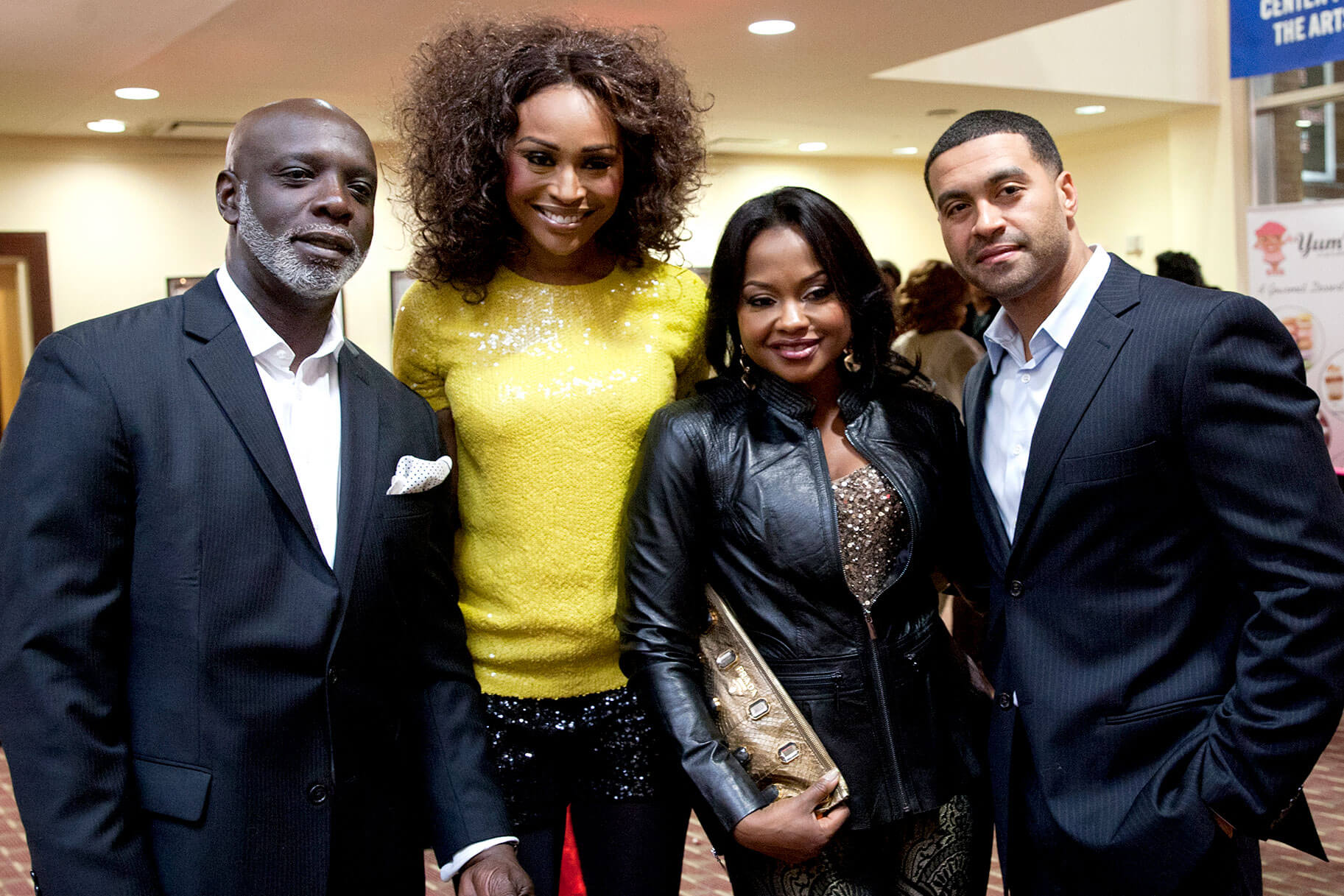 Peter has a volatile side as well, he pulled a knife on Kenya Moore’s ex, Matt Jordan, during a radio interview spat. Peter claimed it was self-defense. 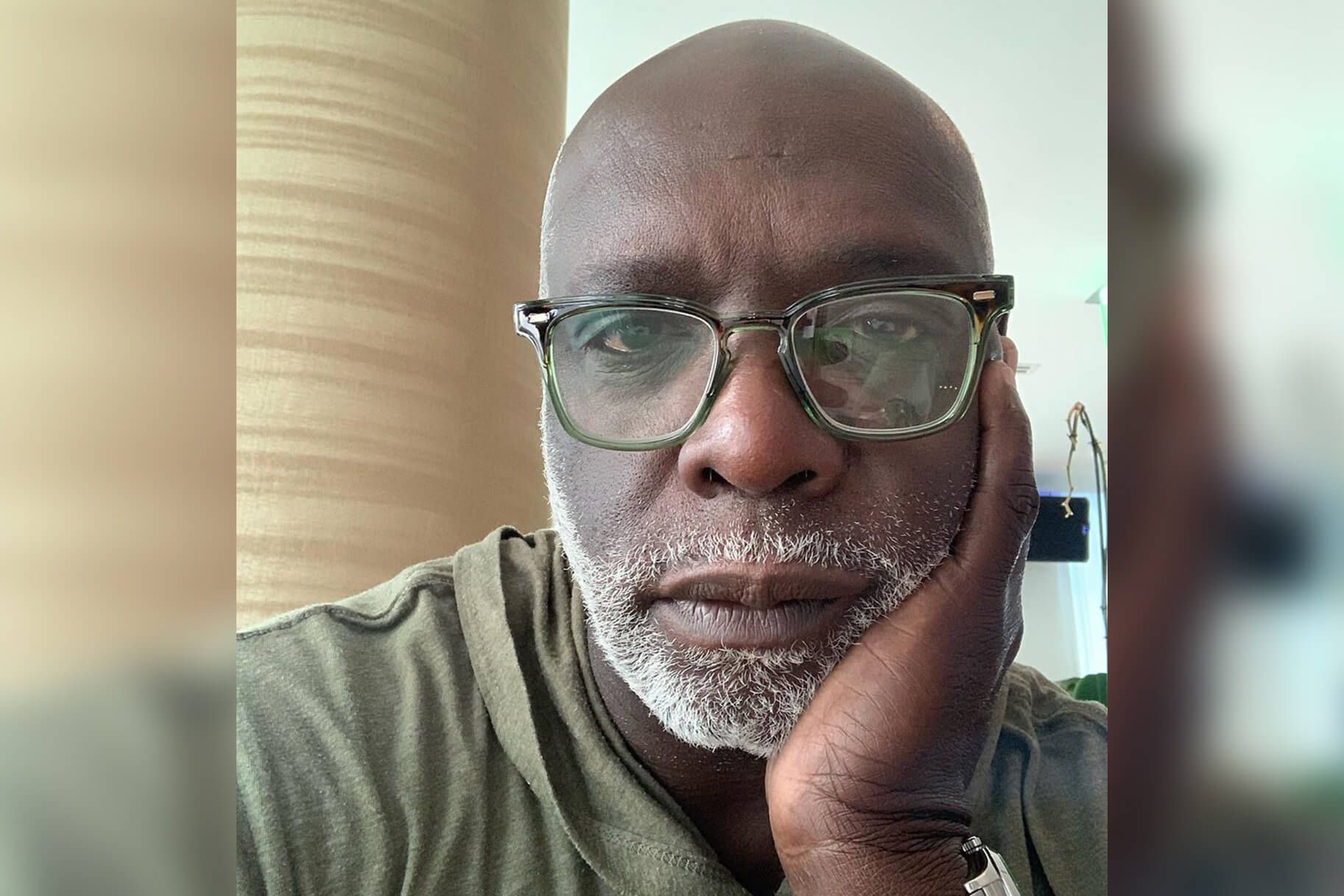 Peter, posting from his Bar One Miami Beach location, shared a post on his Instagram calling out “fake” women for wanting real men. 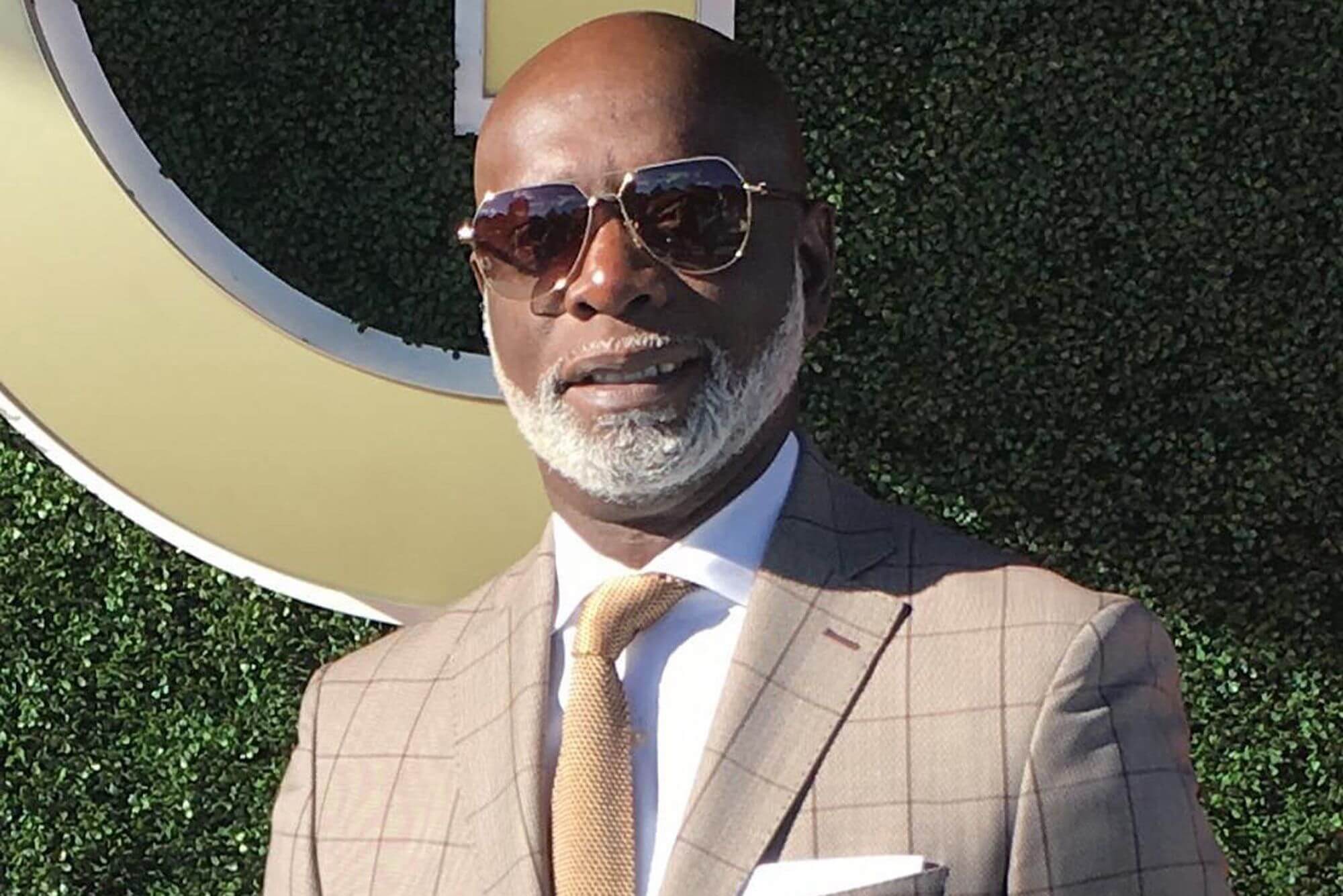 The controversial post called out women for having fake butts, hair, nails and friends but in turn wanting “real” men.

Peter shared the post with the caption, “This is funny and real as f**k.” 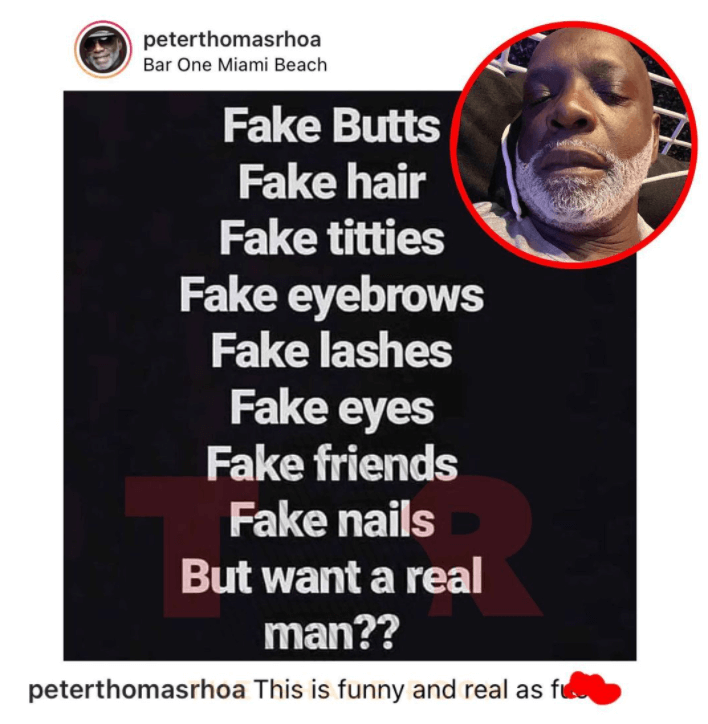