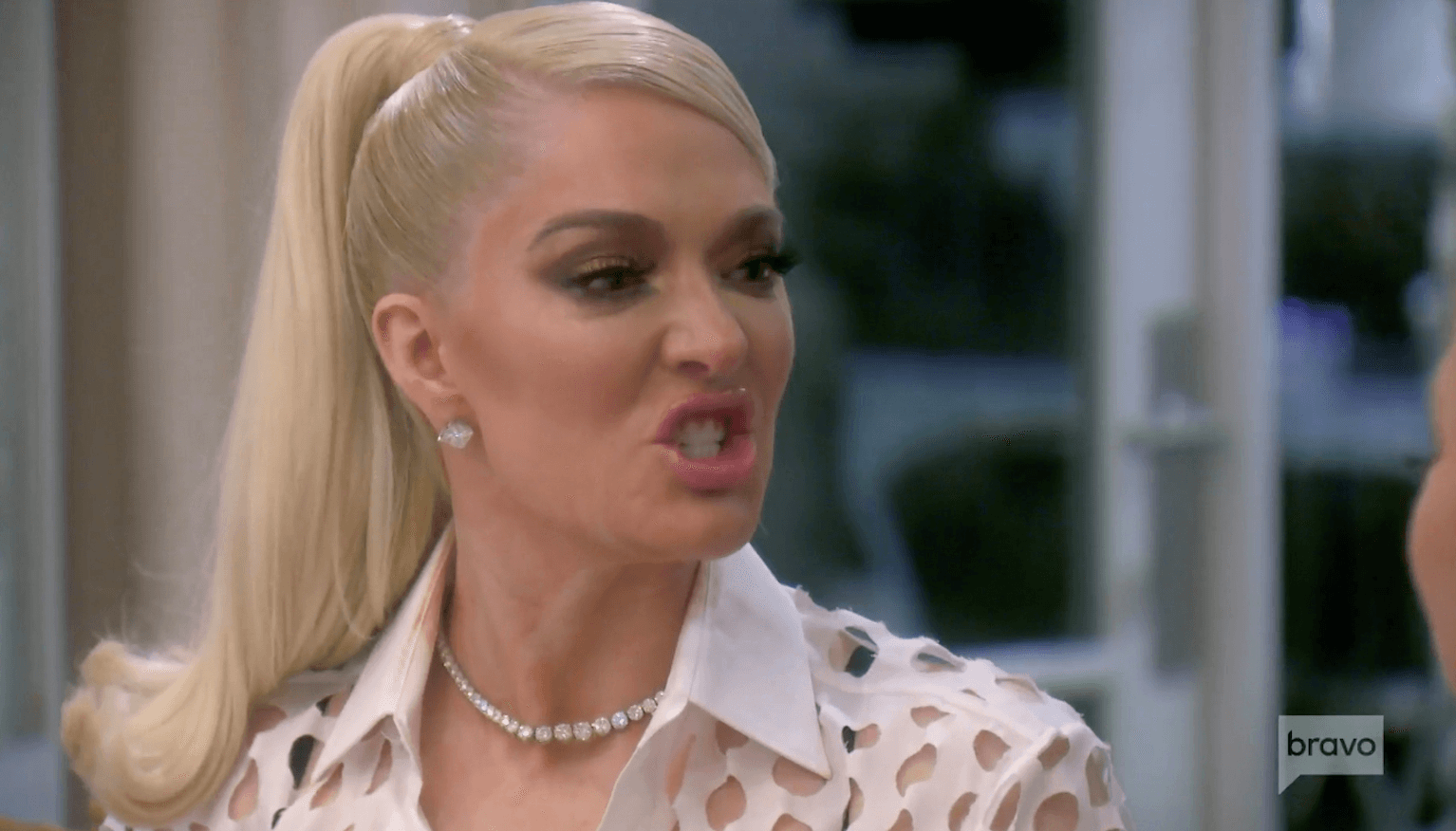 Erika Jayne’s epic meltdown at co-star Garcelle Beauvais on last week’s episode of the Real Housewives of Beverly Hills was actually directed at the producers.

Erika did lash out at Garcelle for revealing that Tom still calls her in front of the entire cast. However, she also had a contentious exchange with the producers for reportedly tricking Garcelle into bringing it up.

Lisa Rinna exposed the network’s sneaky attempt to edit the scene and make it look like Erika’s anger was only for Garcelle.

“Dang it. I wish they had shown the screaming fight between Erika and the producer last night on the show in La Quinta,” she wrote in a now-deleted Instagram story. She added, “now that would have been epic TV. Too bad. Bravo Bravo F*cking Bravo. I’ll get in trouble for this in 5, 4, 3, 2, 1.” Erika reposted Lisa’s story.

During a hike, Erika told Garcelle Beauvais and Crystal Minkoff that her estranged husband Tom Girardi calls her every day, but she refuses to pick up his calls. In a later conversation, Erika told Crystal she didn’t want to discuss it with the other ladies. Garcelle, however, wasn’t privy to that conversation.

Aware of Erika’s warning to Crystal, the producers tricked Garcelle into bringing up the story about Tom’s calls in front of all the ladies as she didn’t know Erika did not want it brought up.

Garcelle defended and explained her actions in the After Show segment following the episode.

“Because of COVID, we were all in separate cars. I did not hear Erika say she did not want that brought up,” she revealed.

In addition, she didn’t feel it would’ve been an issue considering how open Erika has been about her marriage this season.

“She was so forthcoming prior to me getting there and then when I was there. Who would’ve known that one little question would’ve been what broke the dam?”