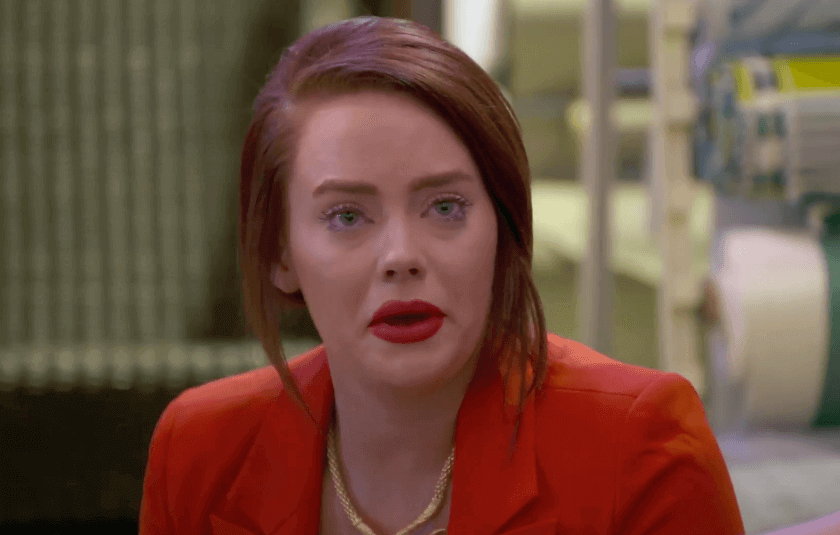 Kathryn Dennis bashed the “family court system” calling the process “exhausting” after the Southern Charm star lost custody of her children amid dis turbing accusations of drug abuse and neglect.

As reported—Kensie and Saint Ravenel have moved in with their father, Thomas Ravenel, in a home far from the troubled reality star. The developer shared photos of the kids settling into their new home in Aiken, South Carolina, earlier this week.

Thomas shared a photo of his daughter getting comfortable in her pretty new room, captioning the snap—”So thrilled to have my daughter in our new home.”

Kathryn took to her Instagram Stories on Thursday to put the “family court system” on blast. Her comments seemingly reflect a victim mentality, as the reality star took zero responsibility for her plight.

“It is exhausting to constantly defend yourself from someone who is trying to change reality – it can even make you question what you know happened, or what is true,” the reality star began.

“It can be exhausting to live two lives: one for your children and for the world (everything is fine), and the other where you are beaten down by the family court system. We see you and we stand with you. You are not alone,” she concluded.

Thomas reignited the custody war when he filed for sole custody of Kensington, 6, and Saint, 4, on October 23, 2020, asking the court to grant Kathryn only supervised visitation.

A South Carolina judge ruled earlier this year that Kathryn was only allowed supervised visitation with the children after granting Thomas’ request. A source told The Sun that Thomas planned to relocate to Aiken, South Carolina over the summer, and was seeking full custody of the kids.

Thomas also hired a professional to conduct surveillance on the Bravo star, who uncovered reported neglect and negligence. Thomas claimed that the children were often returned to him “filthy and unkept.”

Kathryn previously lost custody of her children in 2016, when she tested positive for drugs and completed a stint in rehab.