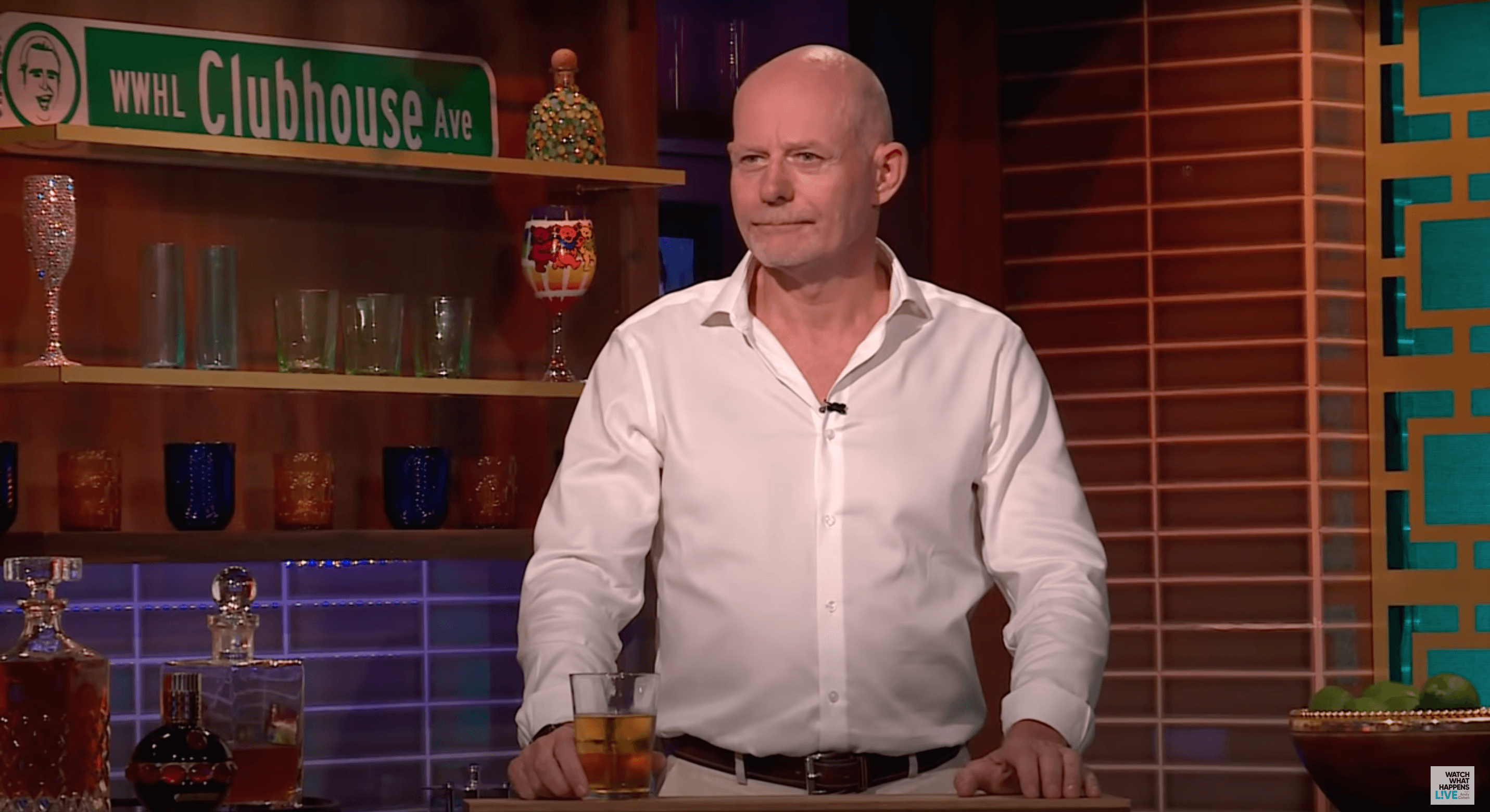 Michael Darby is speaking out after photos surfaced of the Real Housewives of Potomac husband chatting with a woman at a bar. Michael served as a guest bartender during his wife, Ashley Darby’s appearance on Watch What Happens Live Sunday night, and host, Andy Cohen, brought up the emerged pics. Andy told Michael that “there were photos that surfaced this week of you at a bar speaking to a blonde woman, and everyone just assumed the worst.”

Deux Moi, an anonymous celebrity gossip Instagram account, shared the photo of Ashley Darby’s husband at a bar enjoying the company of a blonde woman.

Deux Moi later followed up with a tweet that suggested Michael was up to no good.

“He was doing something sus but I left that part out bc they didn’t have photographic proof,” Deux Moi tweeted.

Michael explained that he and Ashley had been venturing out on the town more often since Covid-19 restrictions had been lifted.

“But, you know, I’m always gonna have pictures taken of me in places,” Michael said. “I really don’t care anymore. I have a good time, and I love this woman dearly, and we’re together forever. So it’s as simple as that.”

Andy asked Ashley point-blank if she trusted her husband.

“And I’m assuming that if he goes out alone, he has your full trust at this point?” Andy asked.

“Yes, he does,” Ashley responded, to which Michael added, “And vice versa.”

Fans know that Michael has a pattern of engaging in inappropriate behavior. Last year, the 62-year old Australian businessman was exposed after spending the night at a hotel with another woman shortly after the birth of the couple’s first child. Michael denied engaging in any sexual activity with the woman, claiming that the two had fallen asleep in the hotel room.

Ashley explained that they had worked hard to stay connected before and after welcoming their second child, Dylan, into the world. The show chronicled Ashley’s late pregnancy and Dylan’s March arrival.

“We are doing things differently this time postpartum, and we’re having more fun this time than we did last time,” Ashley explained. “So I think I’m keeping him happy at home.”

Ashley described how the couple was keeping their romance hot in the bedroom earlier in the season, and Andy asked for clarification during the duo’s WWHL appearance.

“I’m not often embarrassed asking questions on this show, but we’ve got Michael here, we’ve got Ashley here,” Andy noted.

Ashley reacted to “the speculation in the Potomac universe” addressing her cryptic comments about the couple’s sex life.

“Many people thought I was referring to my back door,” Ashley quipped about the couple “having to be creative with holes.”

“But I was not…I was referring to my mouth,” the reality star added.