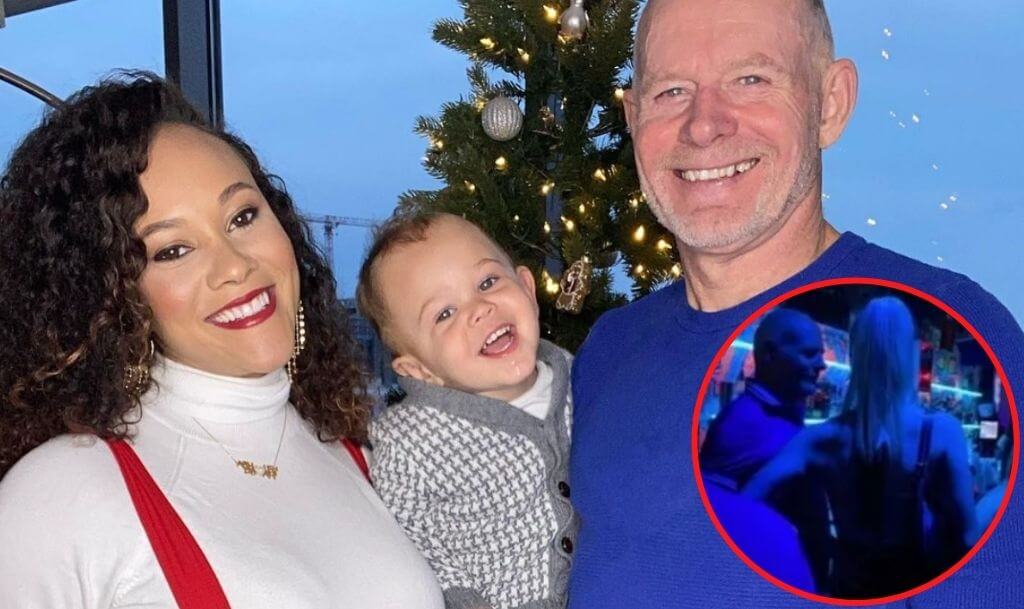 Michael Darby is accused of returning to his old ways after a photo of him on an outing with a mystery woman surfaced online.

Deux Moi, an anonymous celebrity gossip Instagram account, shared the photo of Ashley Darby’s husband at a bar enjoying the company of a blonde woman. 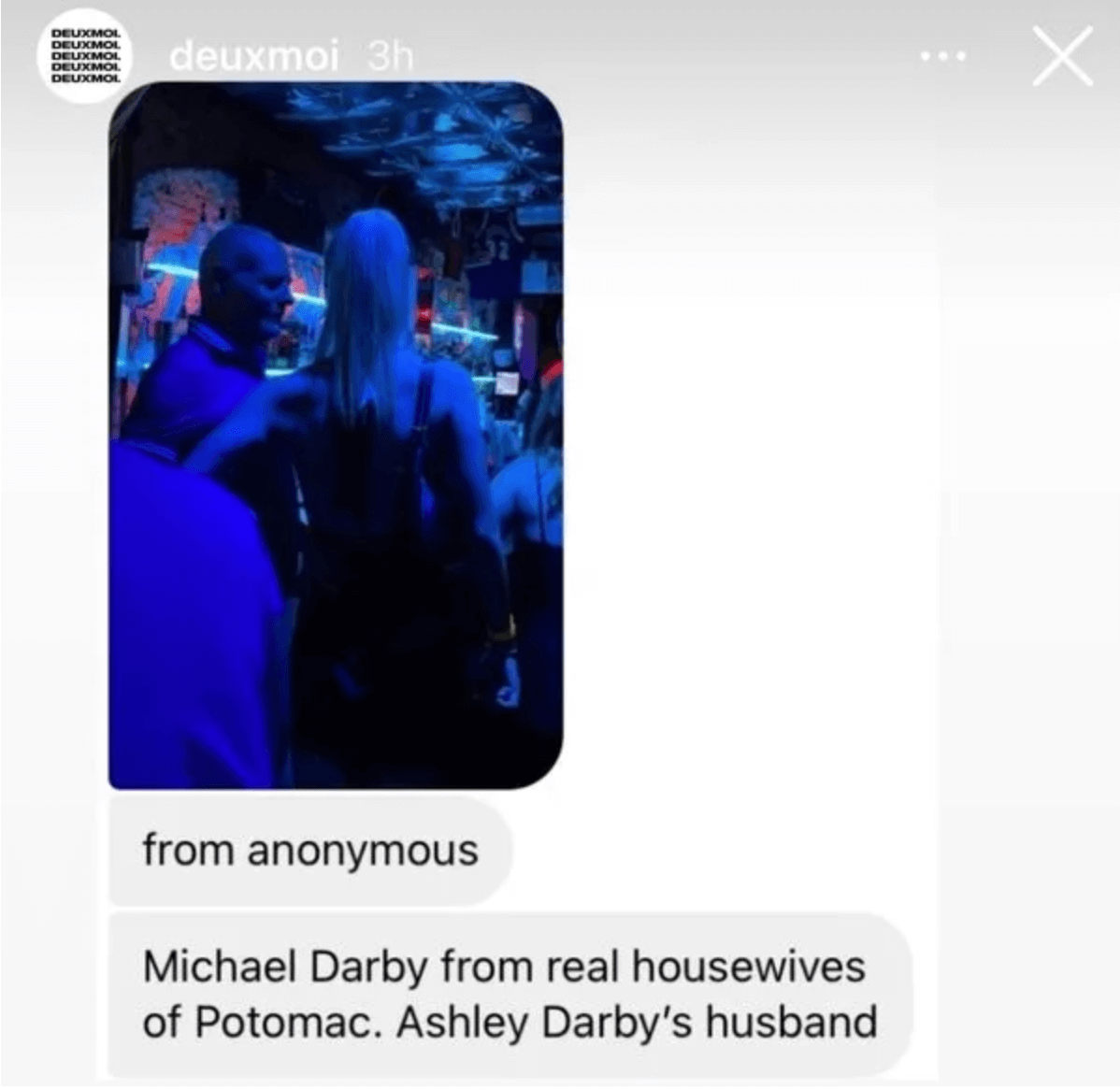 Deux Moi later followed up with a tweet that suggested Michael was up to no good.

“He was doing something sus but I left that part out bc they didn’t have photographic proof,” Deux Moi tweeted. 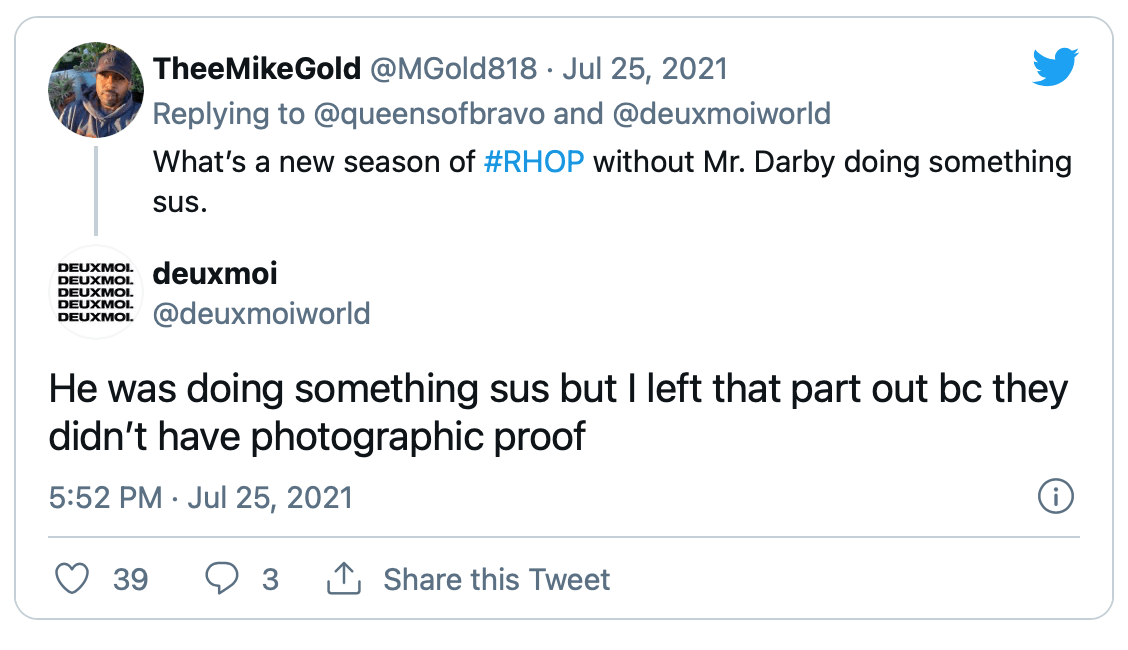 Michael has a pattern of engaging in inappropriate behavior. Last year the 62-year old Australian businessman was exposed for spending the night at a hotel with another woman shortly after the birth of his first child with Ashley. Michael denied engaging in any sexual activity with the woman, claiming the two fell asleep in the hotel room.

In addition to cheating allegations, the Real Housewives of Potomac husband was accused of being on the gay dating app Grindr.

Michael has also faced multiple accusations of unsolicited butt grabbing by Real Housewives of Potomac crew members. In 2018 a cameraman filed a sexual assault complaint against Darby after he grabbed his butt. A Montgomery County court later dismissed the charges due to insufficient evidence. 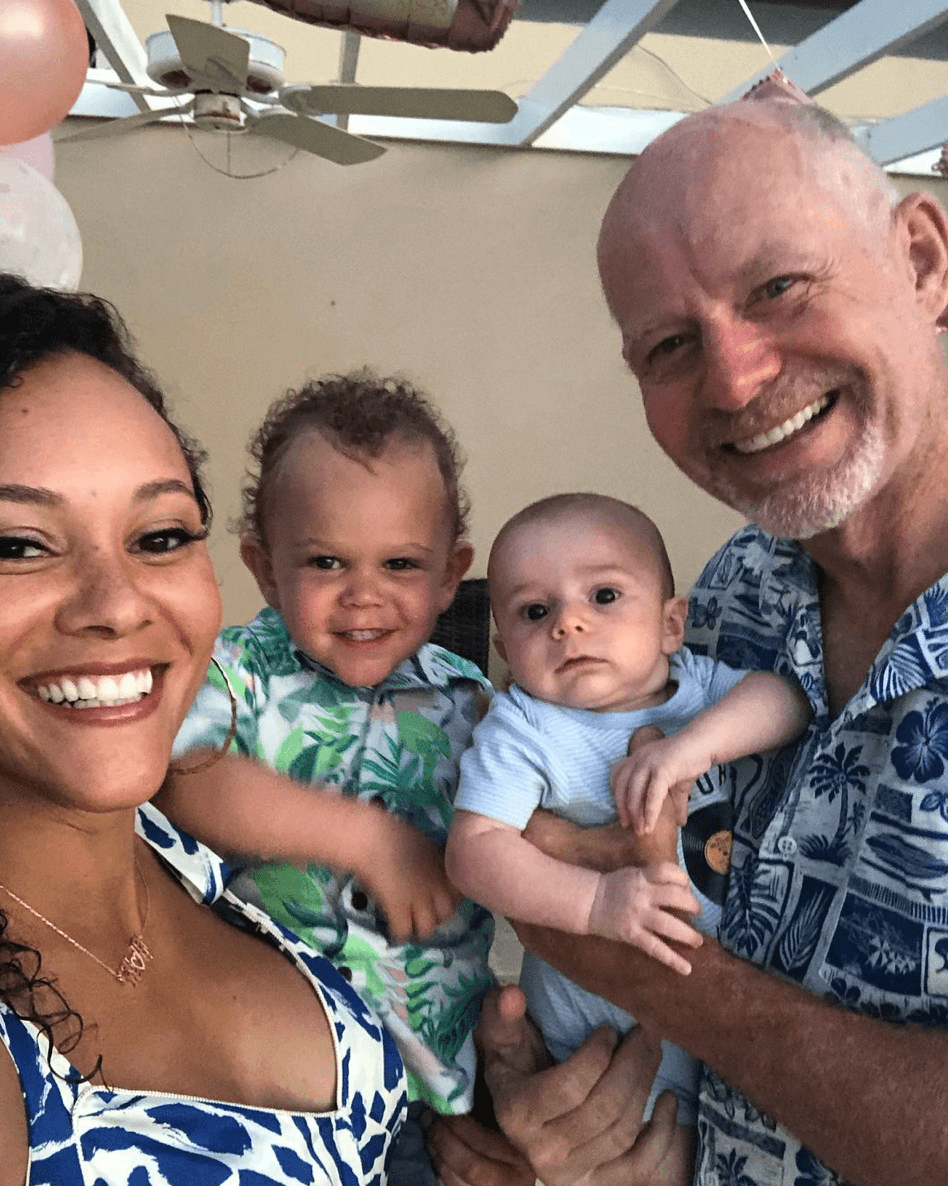 In Season 5 of the Real Housewives of Potomac, Ashley and Michael had a candid conversation about their marriage. Ashley admitted that they had threesomes in the past. However, since welcoming their son, she no longer wished to partake in threesomes. She told Michael she was only interested in an entirely monogamous marriage with him.

Michael and Ashley have yet to comment on the latest cheating allegations.

Related Items:#RHOP, Ashley Darby, featured, Michael Darby, Real Housewives of Potomac
‘RHOP’ RECAP: Mia Admits That She Was A Stripper When She Met Her Husband & Gets Into ANOTHER Argument With Wendy!
RHOP’s Wendy Osefo DRAGGED By Fans Over ‘Zen Wen’ Reads: ‘She’s Doing A Lot and Still Giving Absolutely Nothing’!
Comments
To Top
Loading Comments...