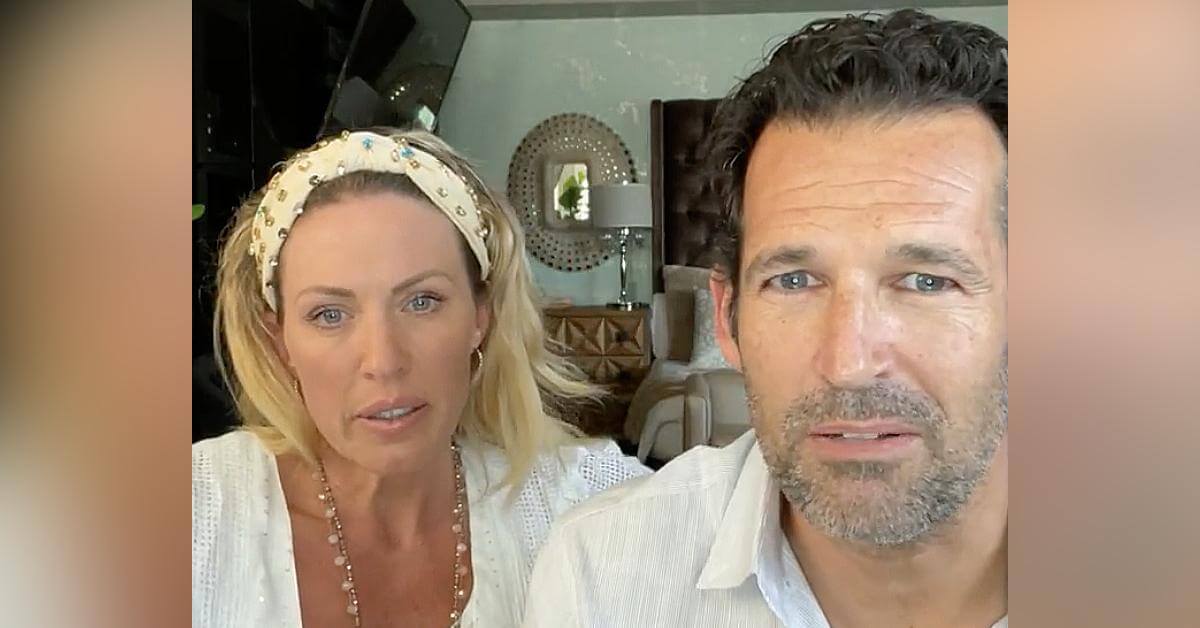 The lawsuit was filed in June by landlord, Karen Ogden, after the couple fell three months behind on rent. In the suit, Ogden asks the couple to pay the $45,000 in back rent or vacate premises immediately. The one-year and six-month lease agreement confirmed the couple agreed to rent the 8,000 sq. ft. Newport Beach mansion at $15,000/month.

Documents obtained by Radar Online reveal that Sean Burke claims there’s no justifiable reason for the eviction lawsuit and criticized his landlord for being “vague” and “ambiguous.” He attached bank statements to prove he made the necessary payments and admitted to still owing money.

In an email to the lawsuit lawyer, the reality tv husband explained that he had paid 25% of the owed $45,000 on June 30. He also begged the lawyer to drop the lawsuit.

“Please be aware that our family is very public, and word of this filing has already hit many news channels in this country. It is severely impacting Braunwyn’s reputation and, as a result, her income,” he petitioned.

The estranged couple is battling this lawsuit amidst the breakdown of their marriage. Braunwyn announced earlier this month that she and Sean had agreed to a two-month trial separation. During the break, Braunwyn and the kids will move to Hawaii while Sean will remain in Newport Beach.

“We are packing up this house, the one we filmed in last year, and we are moving,” she told viewers on Instagram live. “We have decided jointly that we are going to take a few months apart.”

The news of the filed lawsuit comes after the couple dropped a trial separation bomb, announcing that they plan to live apart for two months. The fired RHOC star shared during an Instagram Live session that she is preparing to pack up and move to Hawaii with the couple’s seven children, while Sean stays behind in California. Sean will live in a Newport Beach rental, owned by Braunwyn’s new girlfriend, Fernanda Rocha.

“We are packing up this house, the one we filmed last year, and we are moving. We have decided jointly that we are going to take a few months apart,” Braunwyn said.