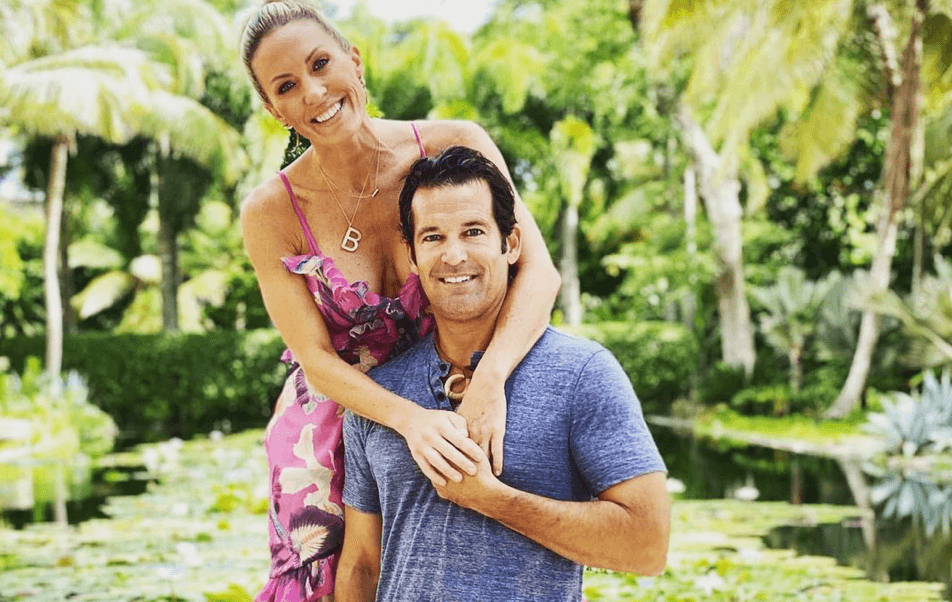 Braunwyn Windham-Burke is ready to make big changes after being fired from the Real Housewives of Orange County. Braunwyn and her estranged husband, Sean Burke, surprised fans on Instagram Live on Monday night when they revealed that they plan to embark on a “trial run separation.”

Braunwyn also shared that she is preparing to pack up and move to Hawaii with the couple’s seven children, while Sean stays behind in California. The couple plans to sell their family home, and Sean will live in a Newport Beach rental, interestingly owned by Braunwyn’s girlfriend, Fernanda Rocha. 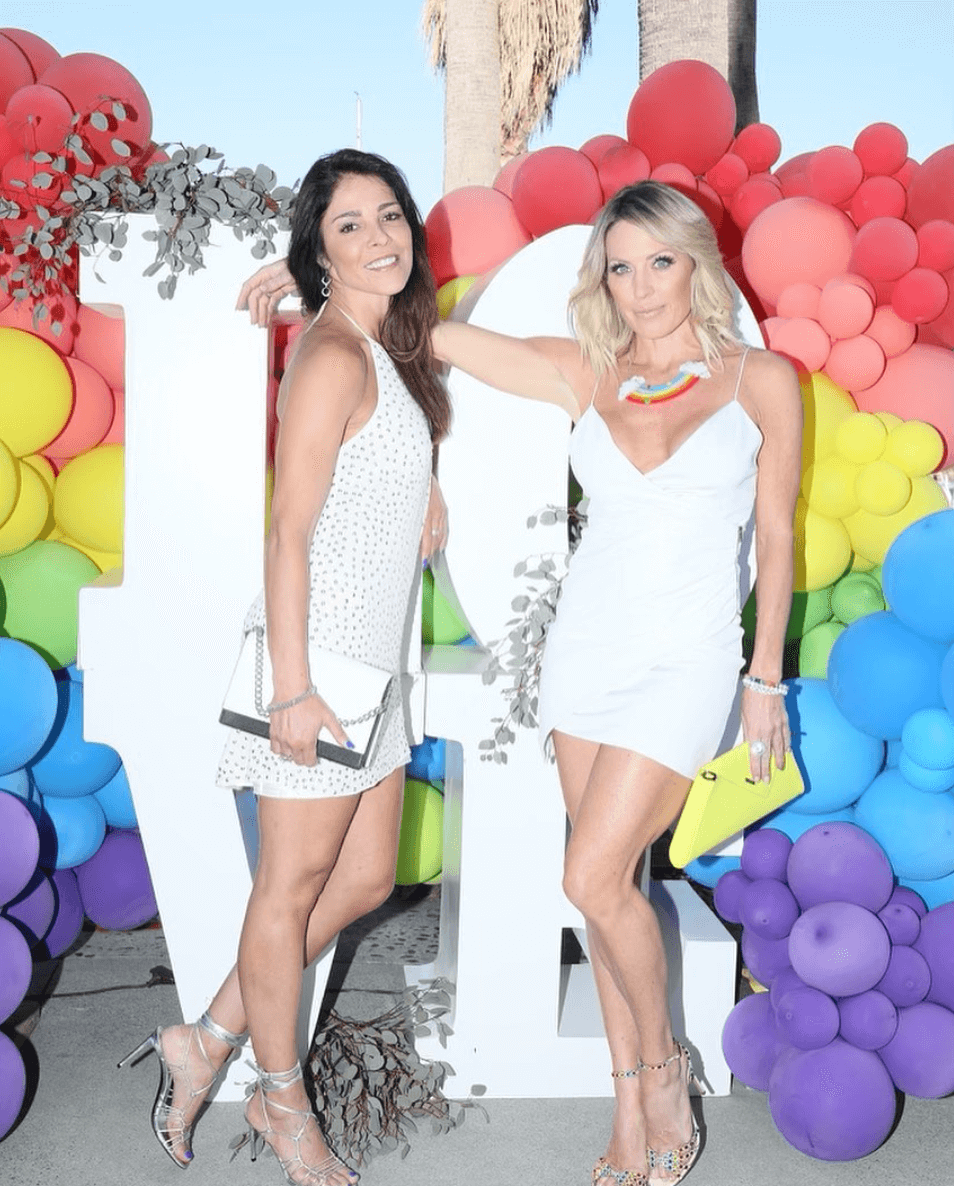 Braunwyn plans to stay in Hawaii for 60 days while the longtime couple figures out what to do next.

“We are packing up this house, the one we filmed in last year, and we are moving,” the former Bravo star said. ”We have decided jointly that we are going to take a few months apart.”

The RHOC alum added that the couple is “putting our children first.”

Braunwyn clarified that the kids will travel from Hawaii to California halfway through their two-month trial separation.

“What we are doing right now is really healthy for them. I am taking my kids for six or seven weeks and when they come back, they will have a place at their father’s,” Braunwyn said. 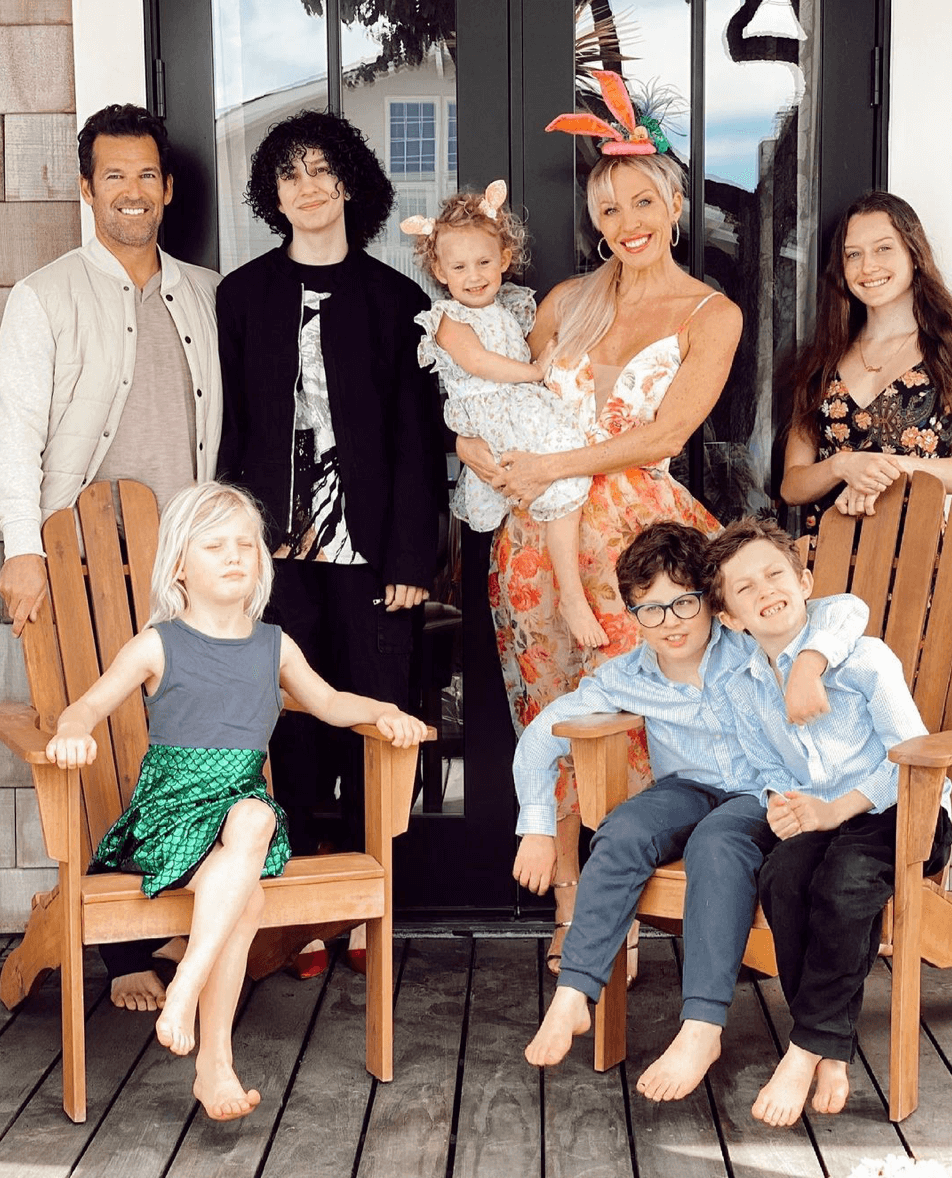 Braunwyn and Sean also revealed that if all goes well, they plan to purchase a home on the island of Kauai, to alternate living there with their large brood.

“We really want to do what’s best for us — we are family, we’ve been together for 26 years,” Braunwyn explained. “That’s a lot and that’s something we don’t want to minimize — we want to honor that. I think having some space right now will give us some clarity.”

Sean shared that he’s “excited about getting my own place.”

Watch Braunwyn and Sean’s announcement below!

The news of the family shakeup comes one month after it was announced that Bravo was axing Braunwyn, Kelly Dodd, and Elizabeth Vargas from the RHOC cast.

The network declined to renew their contracts and instead chose to bring back RHOC veteran, Heather Dubrow. 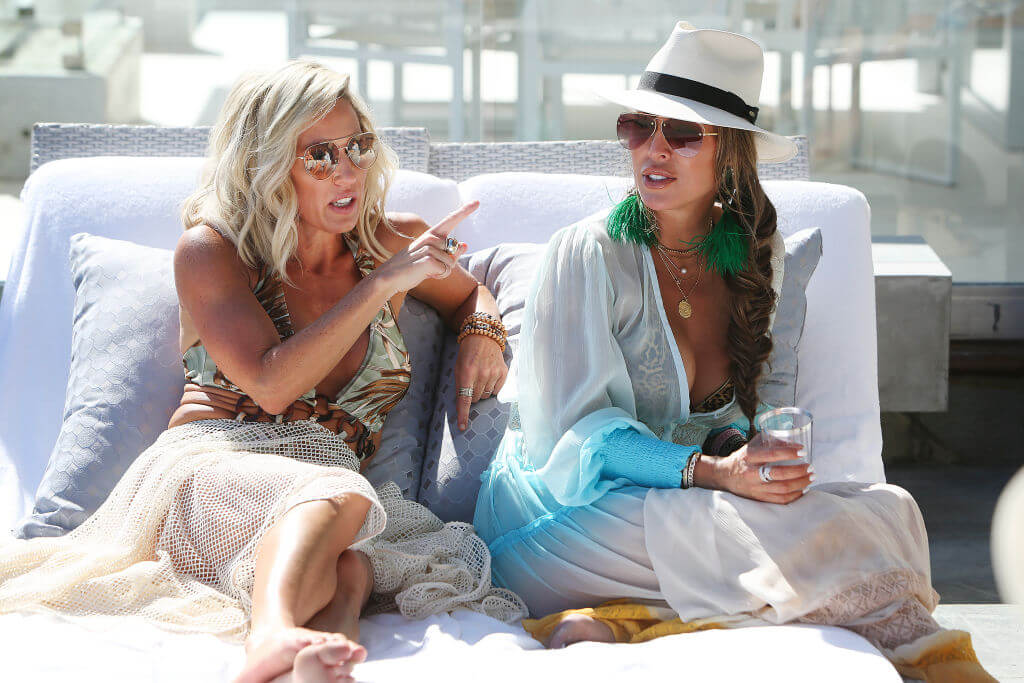 As reported—Kelly put Braunwyn on blast after the news broke, blaming her former co-star for the dismissals.

Kelly posted a text message communication with Braunwyn that took place in the wake of the firings on Instagram—slamming her former co-star in the caption.

Kelly, 45, posted a screenshot of the alleged exchange in which Braunwyn, 43, wrote—“I hope you’re okay, I know we’ve been through hell and back but I’m here.”

Kelly wrote back—“This was your fault. We’d still be on the show if you didn’t make things so dark and ugly and brought all that political “woke” BS. Your lies about me, calling me a racist and a homophobe were horribly…” 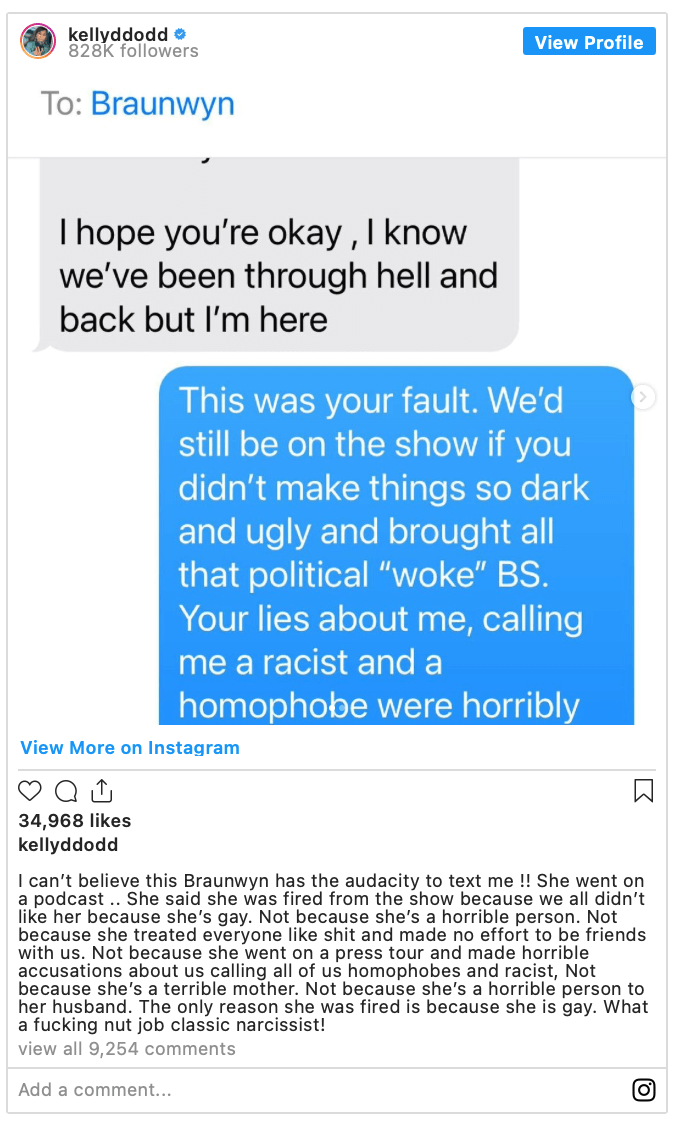 The former reality star blasted Braunwyn in her caption writing—

“I can’t believe this Braunwyn has the audacity to text me !! She went on a podcast .. She said she was fired from the show because we all didn’t like her because she’s gay.”

Kelly continued, listing her own theories behind Bravo’s decision to ax the controversial Housewife.