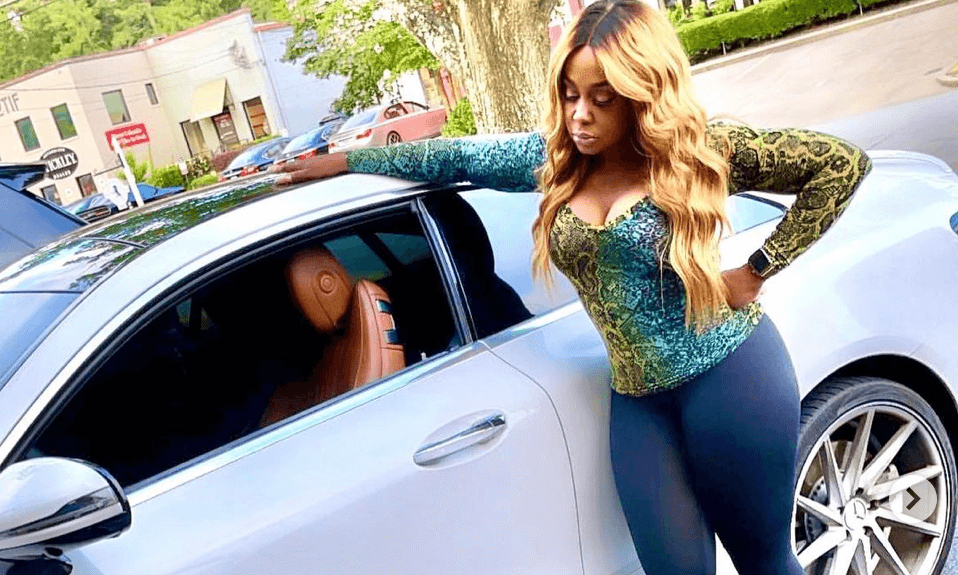 Real Housewives of Atlanta alum, Phaedra Parks, alleged that two men broke into her car and stole “sentimental” belongings while she was out running an errand, last week.

The Bravo alum spoke out on Instagram about the alleged theft alongside a snap of herself checking out her damaged Mercedes-Benz. 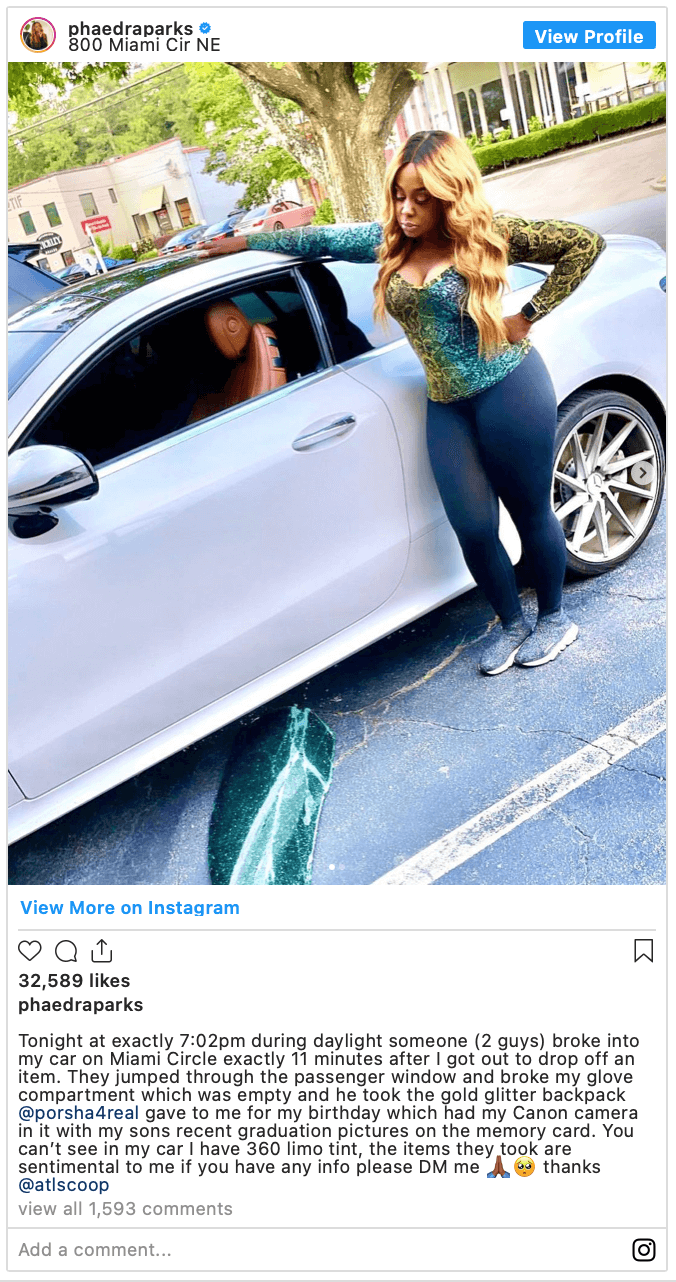 “Tonight at exactly 7:02pm during daylight, someone (2 guys) broke into my car on Miami Circle exactly 11 minutes after I got out to drop off an item,” Phaedra, 47, captioned the post.

One of the items stolen from Phaedra’s vehicle was a birthday gift from her former RHOA castmate, Porsha Williams.

“They jumped through the passenger window and broke my glove compartment, which was empty, and he took the gold glitter backpack @porsha4real gave to me for my birthday, which had my Canon camera in it with my sons recent graduation pictures on the memory card,” she wrote. 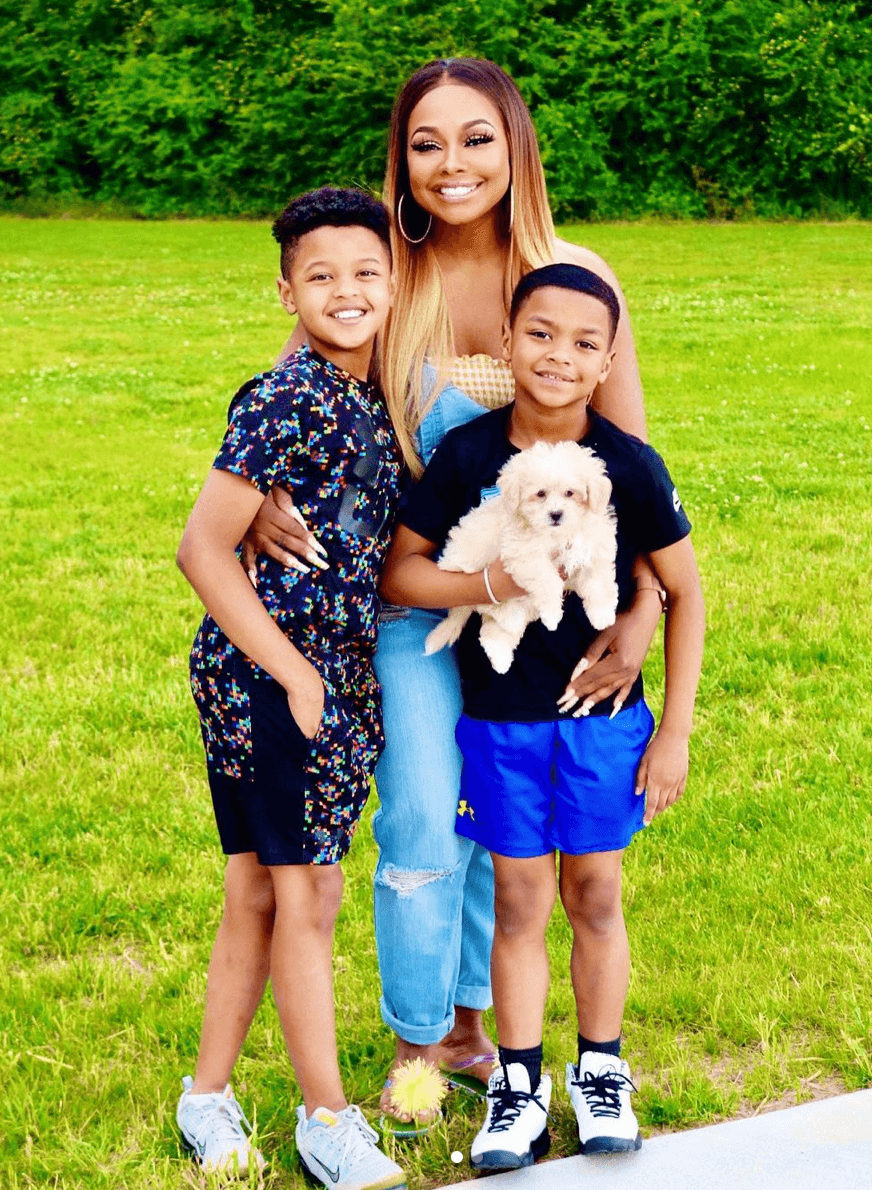 “You can’t see in my car I have 360 limo tint, the items they took are sentimental to me if you have any info please DM me  thanks @atlscoop,” the former reality star added.

“I just want my memory card back,” Phaedra added.

As reported in April, Phaedra Parks could be poised for an RHOA comeback, according to inside chatter.

The Bravo series is reportedly looking to boost ratings after the departure of NeNe Leakes. Many fans sat out of the first episode of Season 13 with only 1.4 million people tuning in, a drastic drop from last season’s premiere episode.

NeNe Leakes went through a contentious contract negotiation and took to social media to bash the network and Andy Cohen, amid her battle with producers. 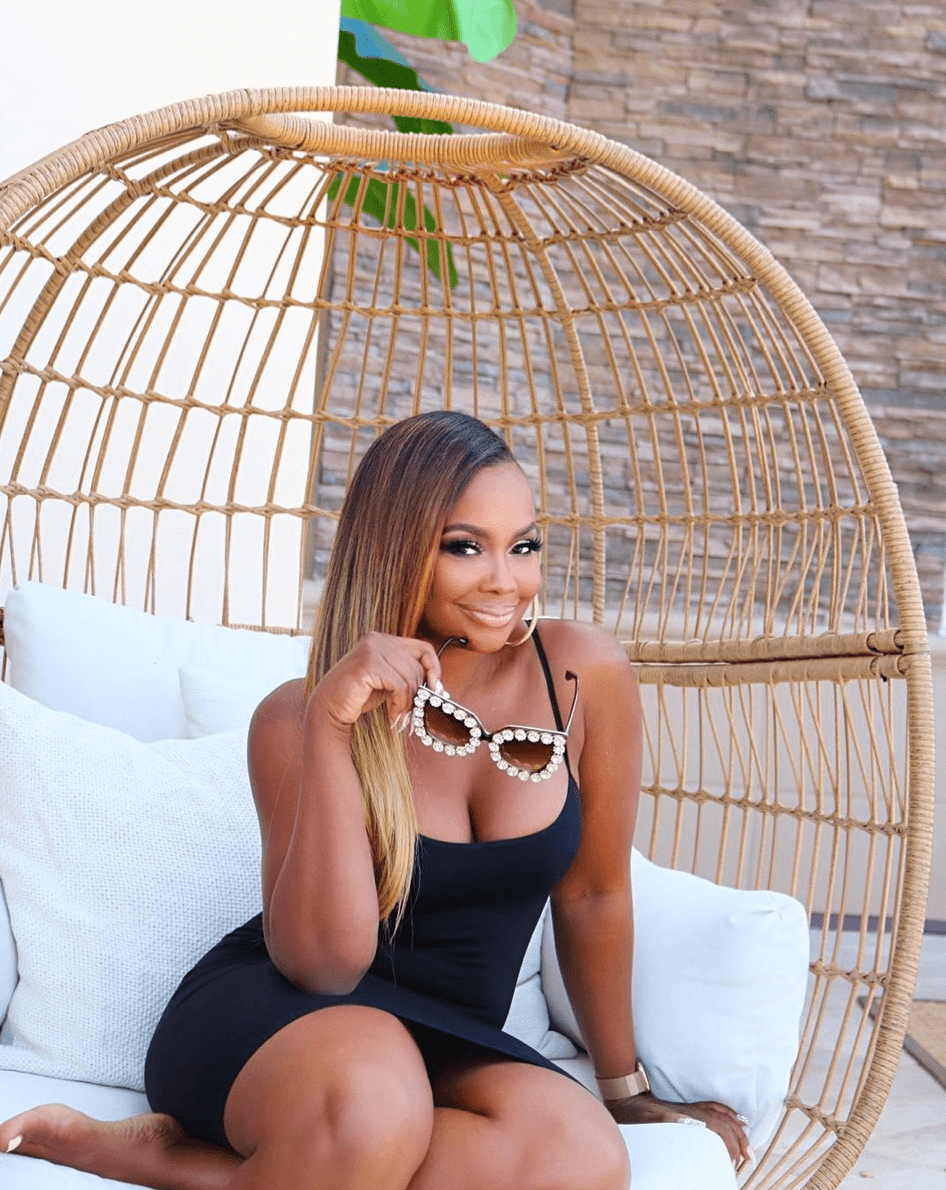 Phaedra was axed from the show in 2017 after she was caught spreading a vicious rumor about her co-star, Kandi Burruss, and her husband, Todd Tucker. She alleged that the couple wanted to drug Porsha Williams and engage in sexual acts.