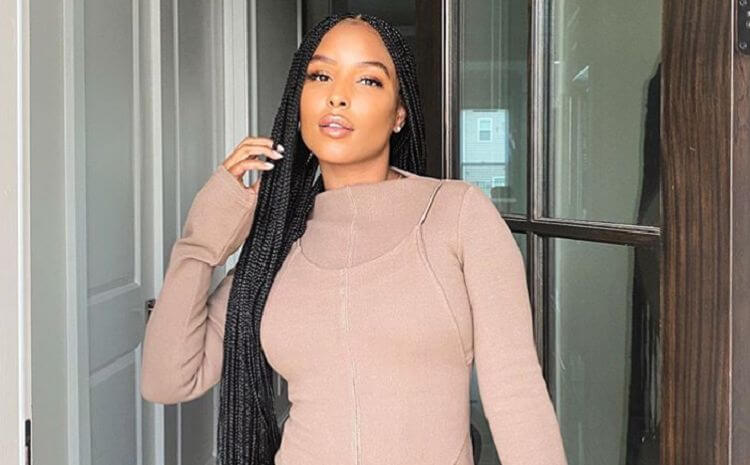 LaToya Ali is under fire from Real Housewives of Atlanta fans after anti-black comments she made on her YouTube channel resurfaced.

In the video below, the LaToya Ali is seen speaking negatively about a black woman and her Afrocentric facial features.

“This girl is super ghetto. She has huge Donkey Kong lips. Y’all close your eyes, just imagine a face with two pillowcases as lips,” she said in the shocking video.

Adding, “she wore single braids, and every time she would swing her hair her braid will fall out. You see that braid that’s just lingering around your neighborhood? Yeah, it’s probably hers.”

“She uses her features to describe what makes her ghetto? White supremacist in the light-skinned Black face,” a person tweeted.

Another said, “she’s very anti-black. She was against black hair for a while till her hair started falling out. That’s when she finally decided to give the leave outs alone. You can tell she was one of those lighter girls that used to bully black girls at school.”

LaToya, who claims to be separated from her husband Adam Ali, was also accused of faking her divorce for a storyline and attention.

“I’m not going to sugar coat things and say this has been easy. Divorce is incredibly difficult, but the silver lining is that the journey to this is decision has made me stronger and has helped me blossom into the woman I am today,” LaToya Ali said of her divorce last December.