NeNe Leakes has been abandoned by her team in the middle of her ongoing battle against Bravo.

The Real Housewives of Atlanta star took to Twitter to expose her lawyer Darrell Miller and manager Steven Grossman for the betrayal.

“You can’t turn on your teammate and get away with this @stevengrossman #DarrellMiller #Foxrothschild,” she tweeted Monday.

Adding, “suppression, retaliation, discrimination, unequal pay, devaluation against black women is real, it’s painful and it hurts. I will fight for all women rights. PS: FIX IT.” 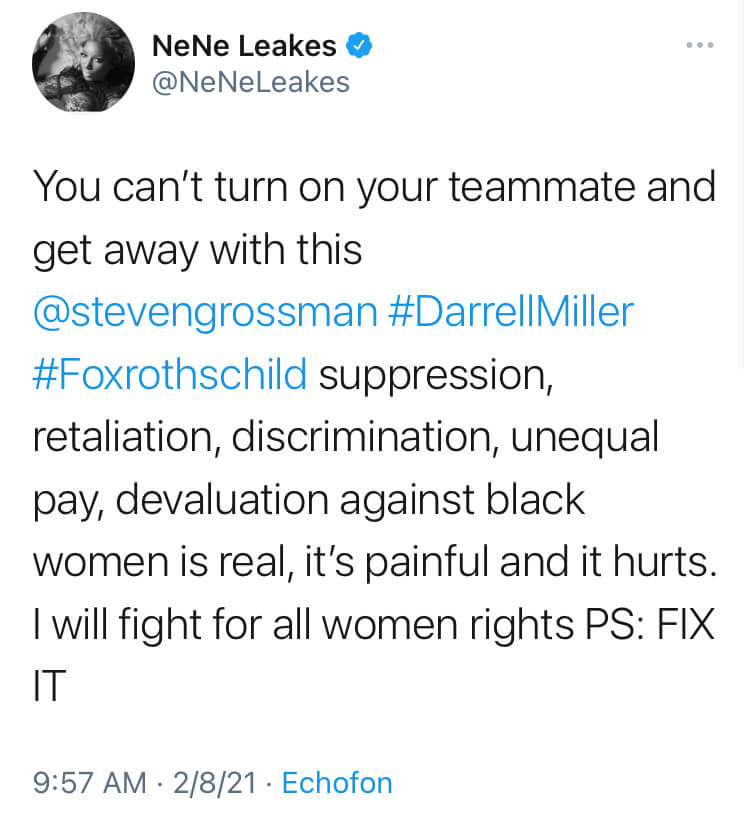 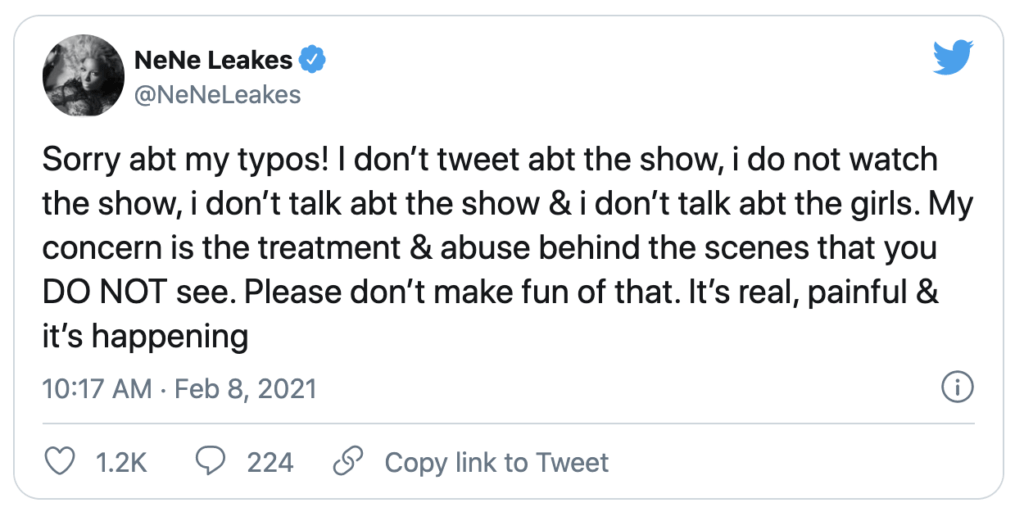 “I have numerous emails, text messages, RHOA group text, voice recording that go back yearsssss. I never got rid of anything! Fix your dirty work. Being a racist is so yesterday,” NeNe concluded.

NeNe Leakes has also been dropped by Joneworks PR and is no longer being represented by ICM.

While NeNe, 53, hasn’t provided much details on the surprising split, a tweet she sent out last week shed some light on what may be going on behind the scene.

“They pay off & reward lawyers, managers, agents, and even certain cast members to keep their dirty work going. I won’t stop speaking out until something is done. I will call names if needs be,” she said on February 1. 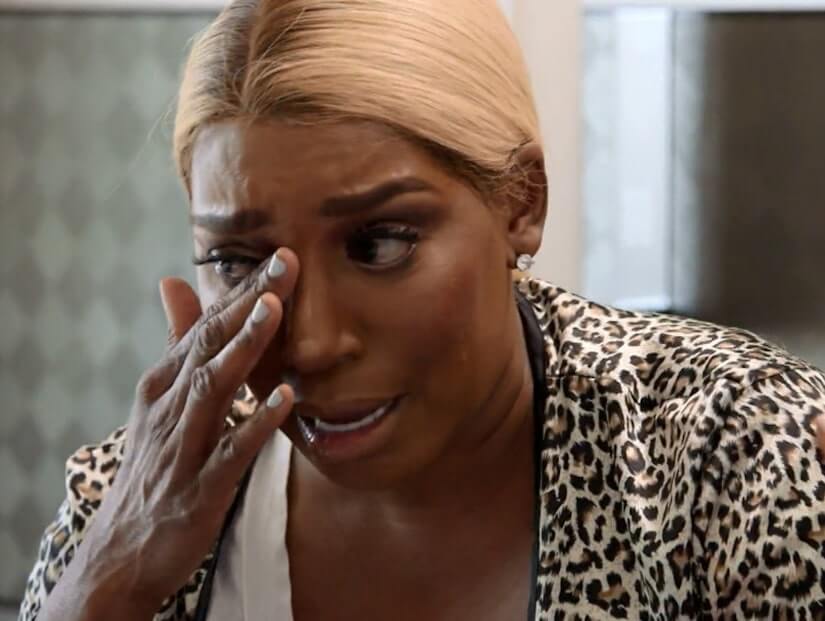 The reality icon revealed she would not be returning to the Real Housewives of Atlanta for its 13th season last September.

She announced the sad news on her YouTube Channel following a long and tedious contract negotiation with Bravo.

Since then, NeNe Leakes has been embroiled in a war with Bravo, accusing them of racism and discrimination.