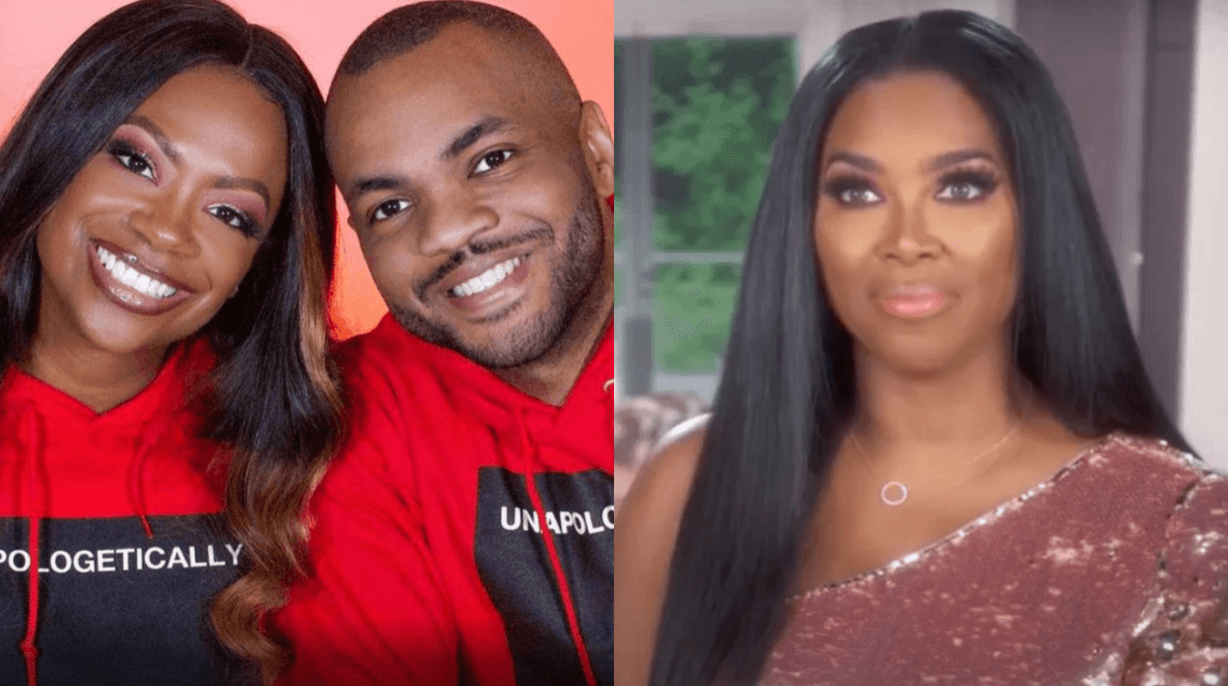 Kenya Moore answered questions raised by fans after Sunday’s episode of the Real Housewives of Atlanta, during a post-episode appearance on Watch What Happens Live.

Fans know that Kenya ruffled her co-star’s feathers when she decided to take a private jet to South Carolina ahead of a girls trip. Kenya justified traveling in luxury with LaToya Ali because the duo was hosting the trip, and needed to arrive before the others.

Kenya told Drew Sidora to keep her mode of transportation hush-hush but Drew spilled the beans. Some of the ladies also took issue with Kenya’s two-year-old daughter, Brooklyn Daly, being included on the guest list.  Porsha Williams questioned why she was not informed that kids were invited, and the ladies were annoyed that they had to take a bus with weak AC to South Carolina.

Kenya addressed the controversy on the Bravo chat show while celebrating her 50th birthday. Andy Cohen asked the reality star if she felt bad about flying comfortably with her child, while the other ladies shlepped to South Carolina on a hot bus, without their kids.

“Well, no to the fact that they were being driven because we had to go down there before everyone else. But I don’t feel bad about the ladies not being able to bring their children because I’ve always brought my child on every single trip I’ve ever been on since I’ve had Brooklyn. So to me, that’s just a fact that I always bring her,” Kenya responded.

Kandi also addressed the Kandi Cares drama, after she was accused of not offering a generous donation.

Kandi Cares, an organization designed to help single-parent families, is close to Kandi’s heart because she spent many years as a single parent. Kandi and her BFF and business partner, Don Juan Clark, had a conversation after an event benefitting the organization, and Kandi appeared to throw shade at Kenya’s charitable spirit.

Kenya and the other ladies attended the event, to help pass out groceries to single-parent families. Porsha and Marlo Hampton also donated $5k apiece to support the cause.

Kandi sounded off in a personal interview spot, implying that she expected more from some of the ladies. Don Juan insinuated that some people did not donate at all, during an installment of Kandi’s YouTube series, “Speak On It.”  He referred to someone’s ability to buy ice sculptures, but not supporting the charity—leading many fans to assume that he was dissing Kenya. Kandi later commented that some of the ladies weren’t “necessarily giving.”

“I think the women came out they were sweating — we had the shields on because we were social distancing. So I think I was good with all of that,” Don Juan said. “I’m just being honest, some of the people I feel like you be riding, riding, for them and they may have gave a little time, but other people was really like, ‘I’m putting my money where my [mouth is]…this is great.’”

Kandi interjected, noting that “everybody don’t put their money where their mouth is.” Don Juan explained that some of the ladies in the group claim to have money and are always talking about their coins, but when it comes to charity, they hide their purses. Namely Kenya.

“And you know, I could buy an ice sculpture for an event, but I can’t feed some people? Okay. I’m just being honest.” Don Juan added, calling out Kenya on the surprise engagement party she threw for Cynthia Bailey and Mike Hill.

A fan asked Kenya why she didn’t donate to the cause, during her WWHL appearance.

“Oh, well I did. And I gave more than $5000. So I don’t know why people assumed that Kandi was speaking about me,” Kenya said.