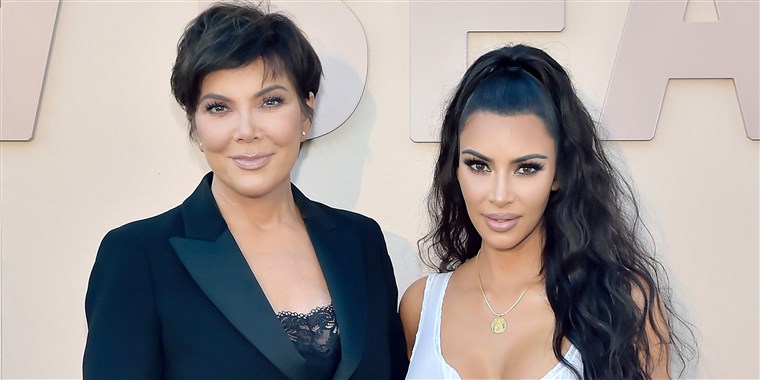 The Keeping Up With the Kardashians “momager” had power over when Kim would lose her virginity, according to the explosive new read.

“Dirty Sexy Money: The Unauthorized Biography of Kris Jenner,” written by Cathy Griffin and journalist, Dylan Howard, claims that Kris had a say in her children’s romantic lives, as the clan rose to worldwide fame. OK! read the book, and reports that the biography tells the “true story of ambition, wealth, betrayal and how a ruthless Beverly Hills socialite became the ultimate momager and raked in billions.”

The research behind the book was reportedly gathered from various interviews and multiple inside sources. The biography alleges that Kris was openly involved in the topic of her children’s sex lives.

“Kris and her daughters were as much best girlfriends as they were parent and children,” the book reads.

“They were confidantes. While other young girls kept their sexual lives a secret from their moms, the Kardashian kids knew that they could tell Kris anything — and Kim was approaching an age where Kris could confide in her as a young woman.”

The book alleges that Kris pushed Kim to go on birth control during her teen years, after she expressed an interest in becoming sexually active.

As reported, Kim Kardashian is currently preparing for her imminent divorce from her soon-to-be ex, Kanye West, after six years of marriage. The couple shares four children.

Kim Kardashian took to Instagram on Friday to share that it was the final day of filming Keeping Up With the Kardashians, after fourteen years on the air. She confessed to her followers that she had been “officially sobbing” after wrapping the long running reality series.

She wrote that she was “grateful for every single second” of her time on the show, sharing a close-up snap of her sister, Kourtney Kardashian, toasting with a glass of champagne. Kim held up her own glass writing — “It’s a wrap! Not on the tears or the drinks tho,” in a separate photo.

The reality veteran shared a video featuring a member of the crew earlier that day, captioning the share —  “Last filming day of Keeping Up With The Kardashians EVER! Erin’s been our audio tech for 14 years!”

“This is Erin Paxton, and this is our last Keeping Up With The Kardashians mic-ing of life,” the audio pro said in the clip.

Kim shared a second vid of microphones lined up labeled for each cast/family member, writing— “You guys! The last mic-ing ever.”

Kim also posted video snippets of the decorated formal dining table where the family would celebrate the bittersweet ending of KUWTK.

“Look at our lunch,” she told her followers. “These are our place settings so we know where to sit.”

Kim walked beside the table, showing off the lovely flower arrangements and cardboard cutout faces of each family member, decorating each plate.

Kris’ longtime boyfriend, Corey Gamble, and Kourtney’s ex, Scott Disick, were present for the celebration, but Kanye West did not attend. Kim did not recognize the rapper in her IG story.

News broke that Kim and Kanye were headed for divorce after Page Six reported that Kim “was done” with the musician, and that a split “was imminent.”