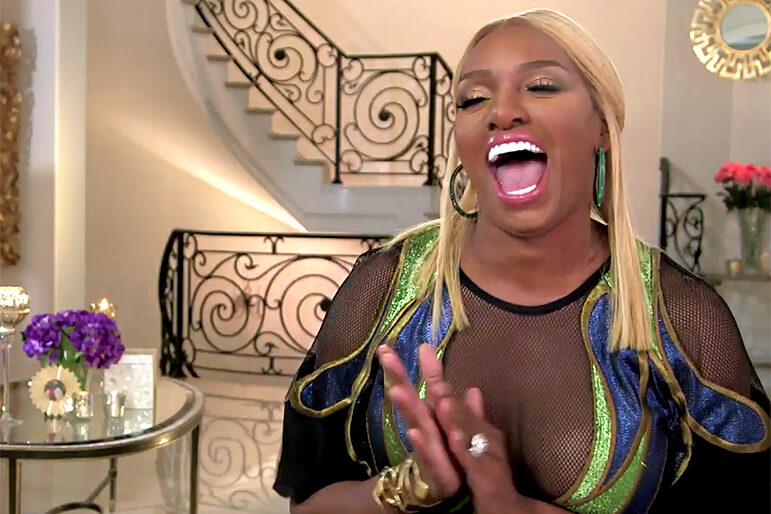 Real Housewives of Atlanta ratings are on a downward spiral as thousands of viewers tune out after the surprise exit of NeNe Leakes. Kenya Moore, Cynthia Bailey, Porsha Williams, and Kandi Burruss returned for season 13, but their storylines are not grabbing the attention of viewers. Drew Sidora made her Bravo debut on Sunday’s episode, but the new peach on the block did little to boost the lackluster second episode ratings.

Sunday’s Real Housewives of Atlanta ratings took a dive, with nearly 250k fewer viewers tuning in than during the December 6 premiere episode. 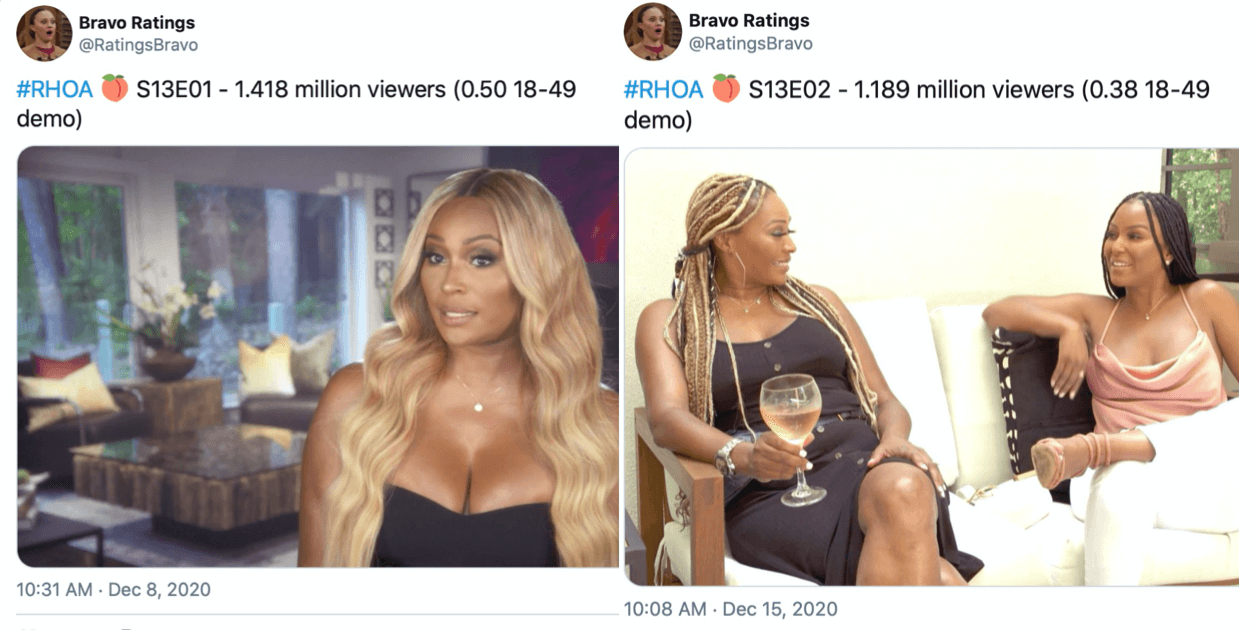 NeNe‘s absence appears to be a ratings game changer—and the reality vet took to Twitter on Tuesday to throw some cryptic shade at Bravo. Some fans believed that NeNe was referring to Jamal Bryant’s phone number, a subject discussed on the Real Housewives of Potomac reunion, but others acknowledged the ratings bust.

“is that the number,” NeNe tweeted.

Is that the number pic.twitter.com/khOTK8tnVq

NeNe’s loyal followers sounded off in the comment section—making their voices heard.

One fan noted that the Real Housewives of Atlanta was ‘built on [NeNe’s] back.” 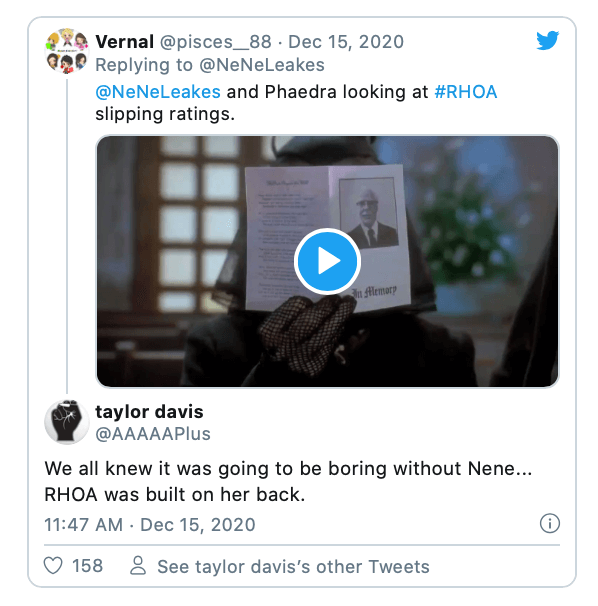 Another fan labeled the ratings crash a result of the “NeNe effect.” 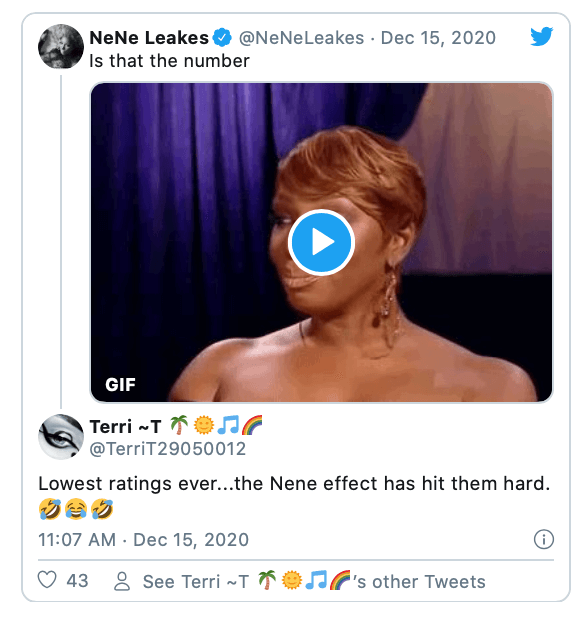 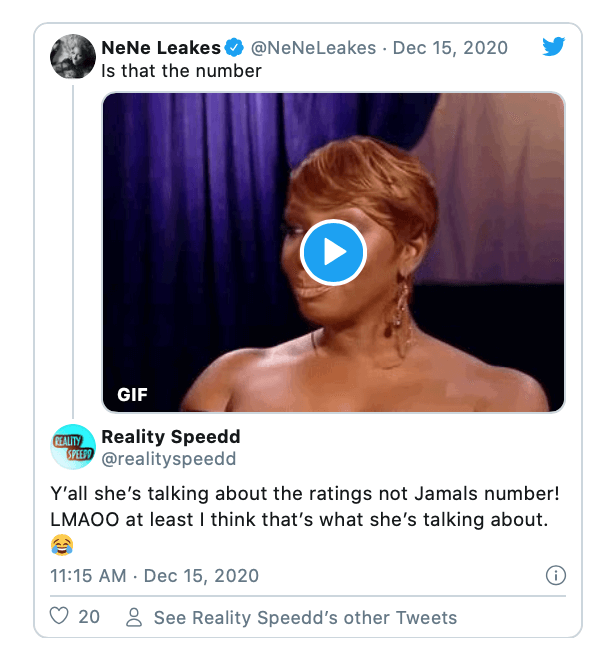 Love Nene 👑 Is anybody surprised the numbers are down without her pic.twitter.com/40SqcXrpHA 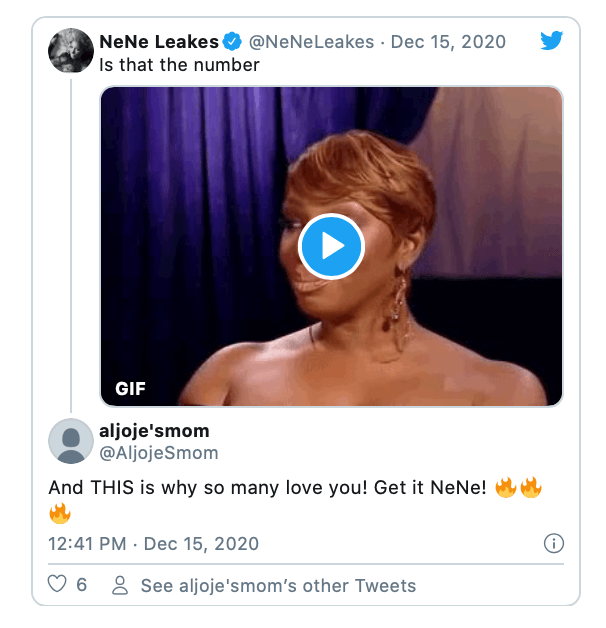 As reported—in September, NeNe shocked fans when she announced that she would not be returning to the show following a lengthy contract negotiation.

“Thank you to all of you guys that have been showing me a lot of love and support as of late. I feel you, I hear you. I have been on an extremely, extremely long, exhausting, tiring, emotional negotiation. There has been a lot of emotion flying on both sides,” she said in the video announcement. 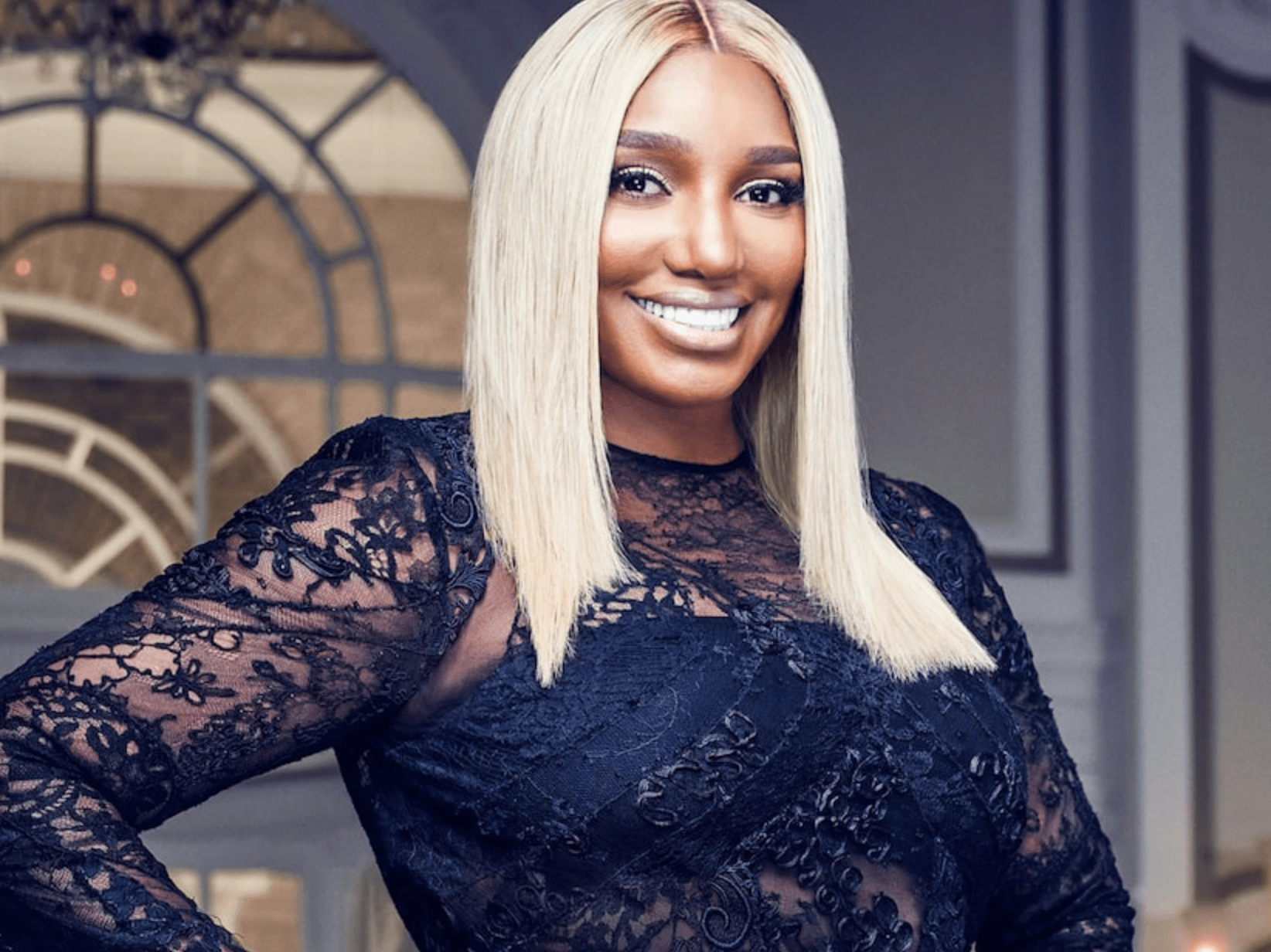 “We took off like a rocket. I mean, we took off. You could have never told me that I would start on this little show and it still be going strong 13, 14 years later. And it is,” the RHOA veteran said. “I’m just so happy that I can say that I was a part of a genre that opened up doors for Black ensemble reality shows to step up and be a part of what we all now love so much reality TV.”

NeNe later revealed that she had only been offered six episodes for Season 13.