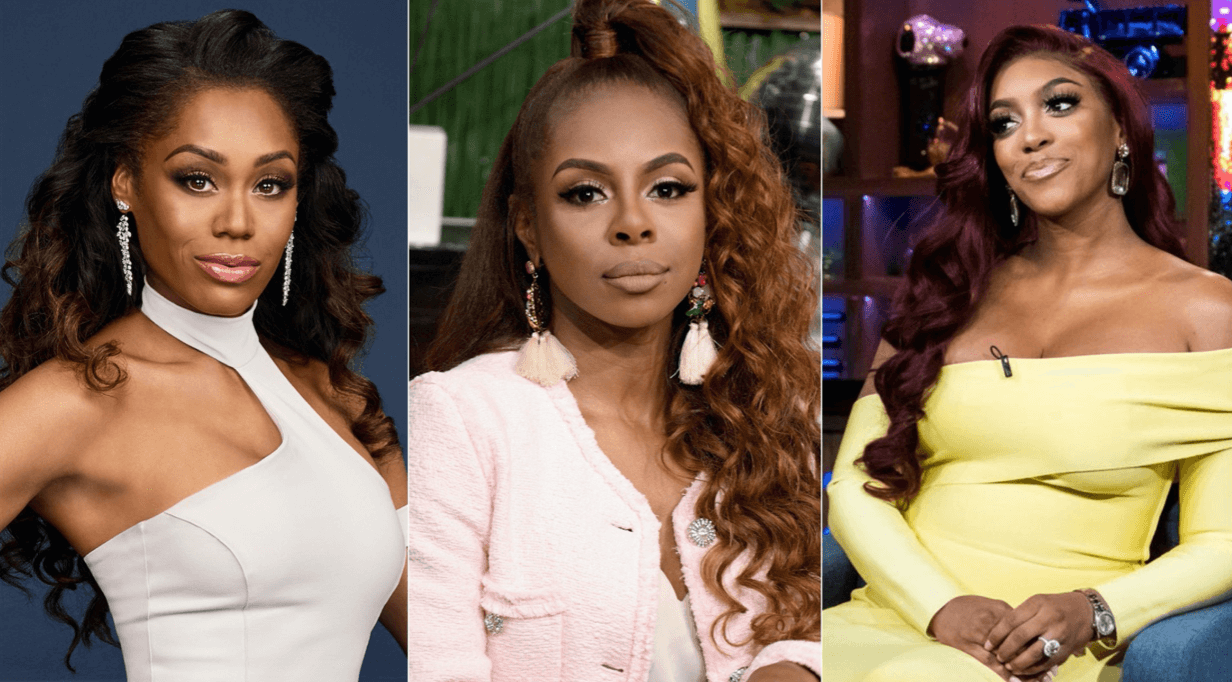 Candiace Dillard put two of her sister “Housewives” on blast in a recent interview — and it will surprise no one to learn that one of her targets was her Real Housewives of Potomac co-star, Monique Samuels.

Fans know that Candiace and Monique have been at odds all season, after the duo’s physical altercation splintered the cast.

Candiace also took aim at Real Housewives of Atlanta star, Porsha Williams, who enjoys a close friendship with Monique. Porsha, her then-beau, Dennis McKinley, and their young daughter even traveled to Cozumel, Mexico to vacation with Monique’s family, last year.

Candiace sounded off about the women during a recent appearance on Behind the Velvet Rope with David Yontef podcast and wasted no time dissing their friendship.

Candiace told Yontef that she believed that Monique had crossed a line during the winery brawl.

“100%. Yeah…There’s a line. And I think… we’ve seen a lot of Housewives push the envelope and like push the line,” Candiace said.

“I’ve always used Lisa Rinna as an example when she cracks that glass on the table. That, and of course, you know, I think Porsha and Kenya kind of took it too far…” she added.

“So you’ve seen people push the line…but never really cross it outside of Porsha –who…is proven herself to be the sidekick of all,” the reality star said.

“I guess Monique would be Porsha’s sidekick,” remarked the RHOP star. “And just the two wild people defending each other, which is very cute. But you, you know the line when you have sense, and as I like to say scruples, and when you don’t…it shows. It shows how you were raised and who you really are.”

As reported, Porsha weighed in on the cast feud during an October episode of Bravo’s Chat Room. The chat show’s co-host made it known that she was solidly in Monique’s corner.

Porsha praised her friend for taking accountability for her role in the incident and noted that Candiace had not done the same.

The RHOA star compared the RHOP fight to how she felt after being taunted by Kenya Moore during a reunion taping, which also sparked a violent altercation.

“I personally felt provoked and pushed to that level. Now, Monique, she may feel that way, as well. I just feel like in her case, it kind of built up, and I just feel like we shouldn’t judge her,” Porsha said.

“Come on Candiace, you know better than that. You actually had a knife at Ashley,” Porsha remarked. “Now, what if Ashley would have gone and called the police and tried to press charges on you? Let’s be real now. That was your friend, you had an argument, it did not end well, however, don’t go to the next level — I think that was too much. And I’m glad you spoke up, Gizelle.”