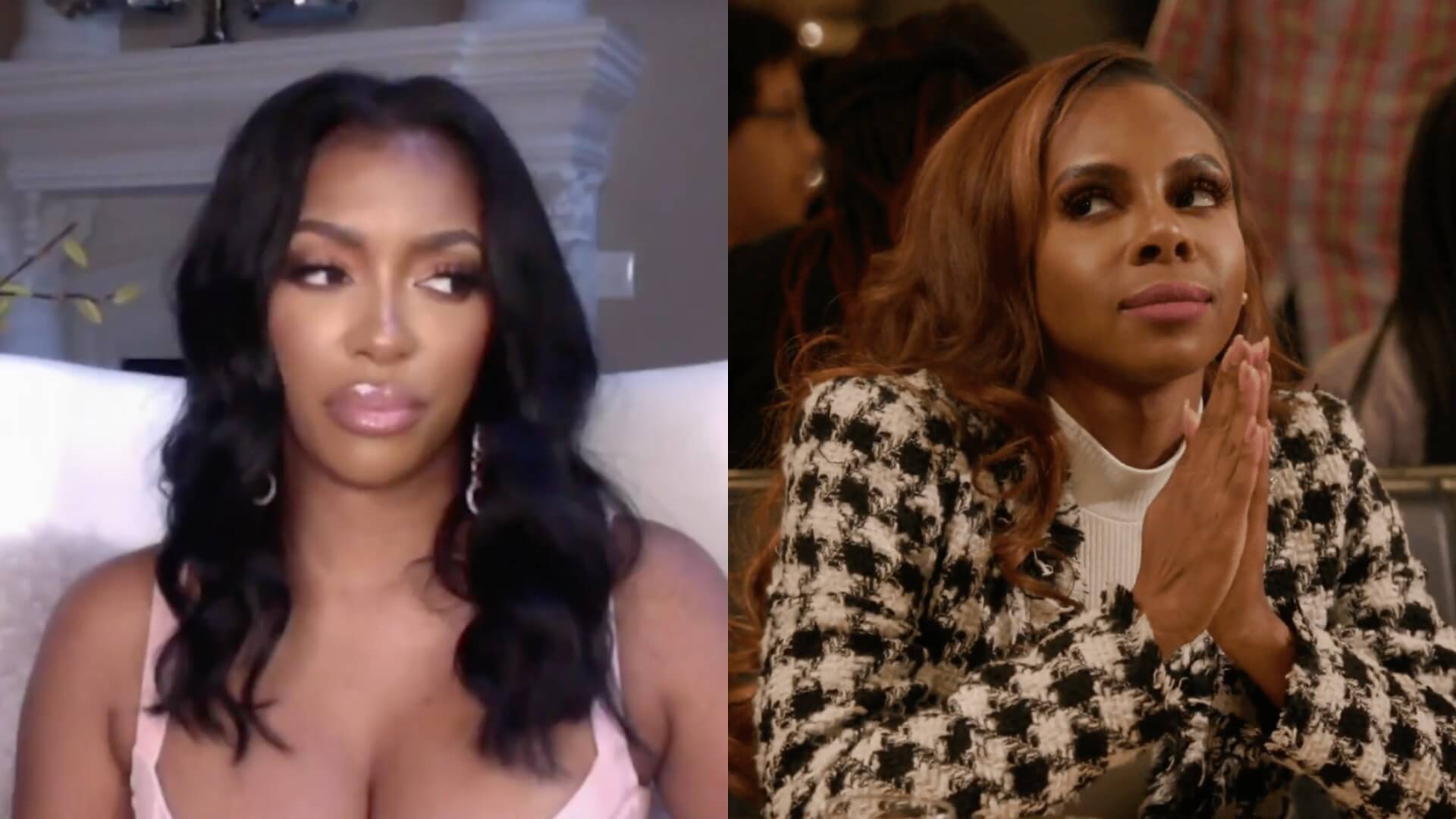 Porsha Williams is sounding off about the altercation that went down between Monique Samuels and Candiace Dillard Bassett and the fallout that is splintering the Real Housewives of Potomac cast.

Porsha weighed in on the drama and came to Monique’s defense during the gab fest.

“Come on Candiace, you know better than that. You actually had a knife at Ashley,” Porsha remarked. “Now, what if Ashley would have gone and called the police and tried to press charges on you? Let’s be real now. That was your friend, you had an argument, it did not end well, however, don’t go to the next level — I think that was too much. And I’m glad you spoke up, Gizelle.”

Gizelle offered her two cents, commenting that she believed that Monique needed “some accountability” but that actual jail time was over the top.

“Has she ever actually apologized to Candiace sincerely? I’m curious.” Kate asked.

The chat show’s cast later discussed Candiace and Ashley’s disagreement, which played out at Wendy’s party.

“In Candiace’s defense a little bit here,” Gizelle said. “In that moment you could see the stress and the mental anguish and the emotional torment that she was [going through].”

“Why she so stressed?” Porsha asked, to which Gizelle responded, “Because, Porsha! She was BEAT UP, Porsha!”

“Beat up?! She had her hair pulled!” Porsha countered. “She was traumatized? All these weeks later?!”

Porsha then addressed her comment asserting that Candiace needed to take accountability for “provoking b*tches left and right.”

“[She needs to learn a lesson] … not learn a lesson as in get beat up again or anything like that, but just as in, your mouth got you in this situation in the first place,” Porsha clarified.