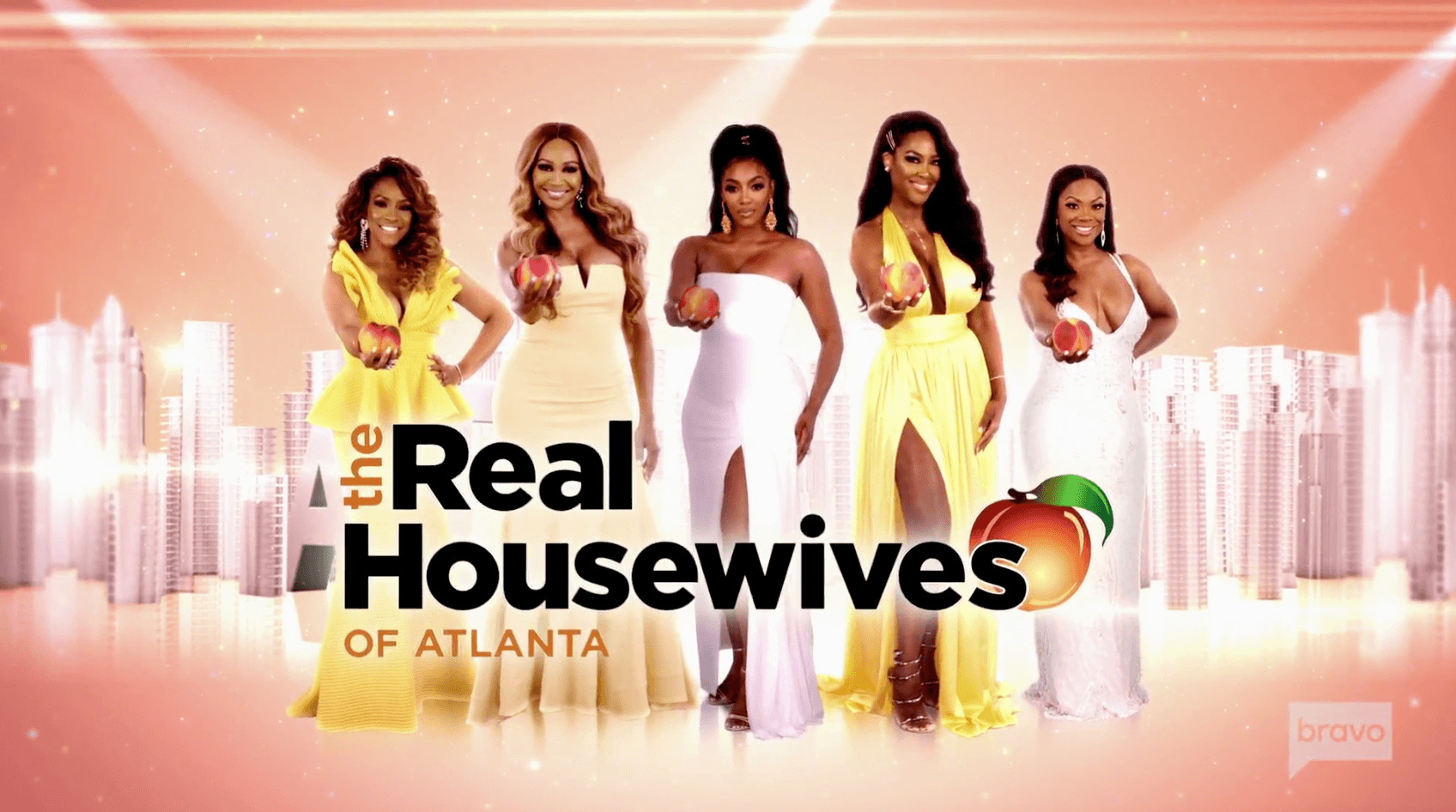 The opening tag-lines for Season 13 of the Real Housewives of Atlanta have been revealed, after being noticeably absent during the reality show’s Sunday premiere.

Bravo shared the peachy one-line openers introducing the Season 13 cast — Kenya Moore, Porsha Williams, Cynthia Bailey, Kandi Burruss and newcomer, Drew Sidora — which will be used to kick off each episode of the show.

Kenya Moore: “If you don’t like my shade, then step out of my shadow.”

Drew Sidora: “I was in The Game. But now? I’m calling all the plays.”

Cynthia Bailey: “I’ve been through the peaks and the valleys, and now I’m head over Hills.”

Porsha Williams: “I may be social distancing, but I’m here for social justice.”

Tanya Sam and Marlo Hampton will hold part time peaches as “friends” of the cast, as will newbie, LaToya Ali.

Season 13 was filmed during the ongoing Covid-19 pandemic and the ladies will navigate the virus outbreak, as the season plays out. Porsha Williams’ arrest during a Breonna Taylor rally and Cynthia Bailey planning her wedding during the challenging health crisis will also be featured.

Kenya’s storyline will follow her complex relationship with Marc Daly, with whom she shares a two-year-old daughter, Brooklyn.

Fans know that NeNe Leakes exited the series at the conclusion of last season, after contract negotiations broke down.

As reported, NeNe Leakes went off on Twitter amid the tense contract negotiations, in August. “I hav protected every1 for years and covered up things i shouldn’t have! I took the beating so others didn’t have too and no one has protected me or stood up for me. Y’all have gone silent and turned the other cheek. You are NOT exempted from getting this same treatment 1 day” NeNe wrote on August 21.

NeNe spilled the the negotiation tea during an October appearance on Tamron Hall’s talk show, raising the eyebrows of surprised fans.

The reality vet revealed that she was offered a six episode deal for Season 13. There were 22 regular episodes in Season 12, a three part reunion series, and a “Secrets Revealed” bonus episode.