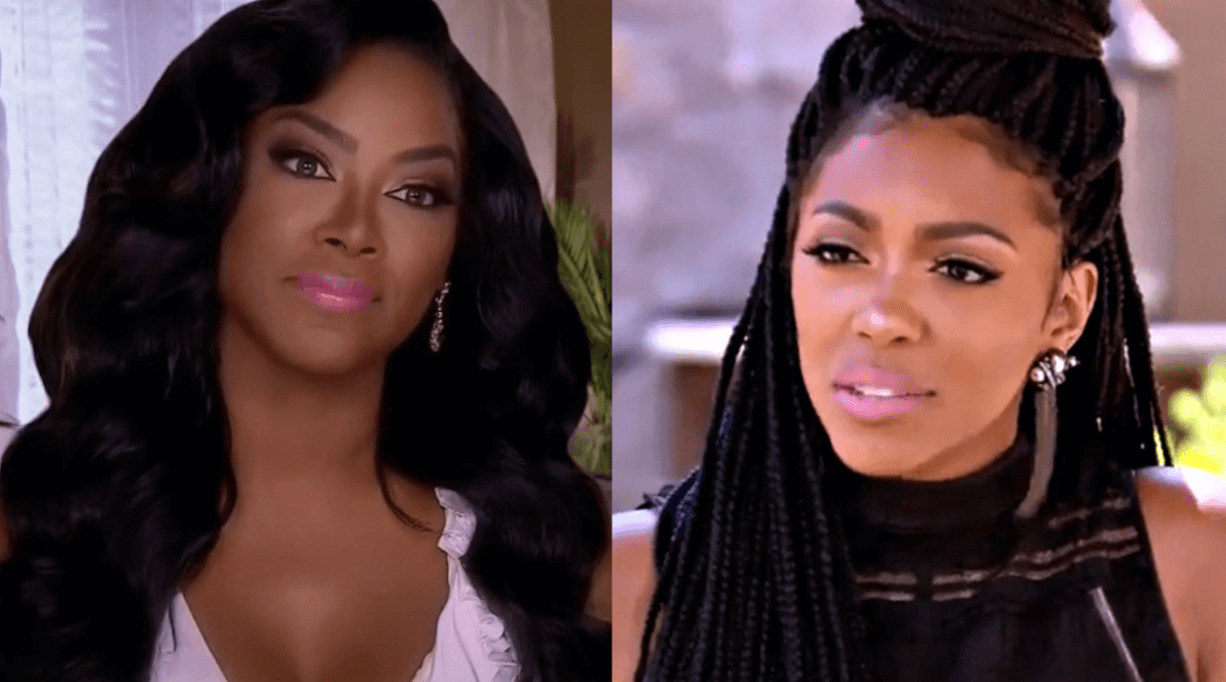 Kenya Moore isn’t holding back when it comes to dishing on the “strippergate” incident that went down at Cynthia Bailey’s wild bachelorette party. The Real Housewives of Atlanta star recently shaded Tanya Sam and Porsha Williams for allegedly hooking up with a stripper while on Bravo’s clock.

The exposed scandal rocked filming season and overshadowed Cynthia’s October nuptials, as the Season 13 premiere date approached. Cynthia’s pre-wedding bridal bash took an x-rated turn according to snitches, who reported that unidentified cast members had moved the party—along with a male stripper hired for the evening— to a bedroom.

As reported— rumors surfaced in October that the Real Housewives of Atlanta stars allegedly got down and dirty with the dancer during the drunken bridal bash. Eyewitnesses reported that multiple hookups occurred throughout the night.

Not surprisingly, Kenya has wasted no time in dishing on the scandalous cast party. Kenya spoke to Access Hollywood on Monday and happily spilled the tea, confirming that “a freak show happened that night.”

The reality star pointed out the obvious while addressing the embarrassing fallout.

“Don’t do it at work if you don’t want anyone to know,” she added.

Kenya noted that discovery was inevitable with all of the ladies staying under the same roof—with cameras rolling.

“If you are in a bedroom in a shared house with the rest of the cast you should not be doing something that you do not want people to know on national television,” she said.

Kenya also weighed in on how the duo should have navigated the aftermath with the other ladies.

“And you shouldn’t be bringing down other people trying to cover for you that you claim are your friends,” Kenya added.

Kenya stopped short of identifying the cast members, but Tanya was the only one to bolt and run, after details leaked about the alleged incident. Porsha has remained coy when questioned about “strippergate” and has not delivered any direct answers.

Meanwhile, fans are on the edge of their seats.